Home Uncategorized Lewis: I am sure Nico will be happy 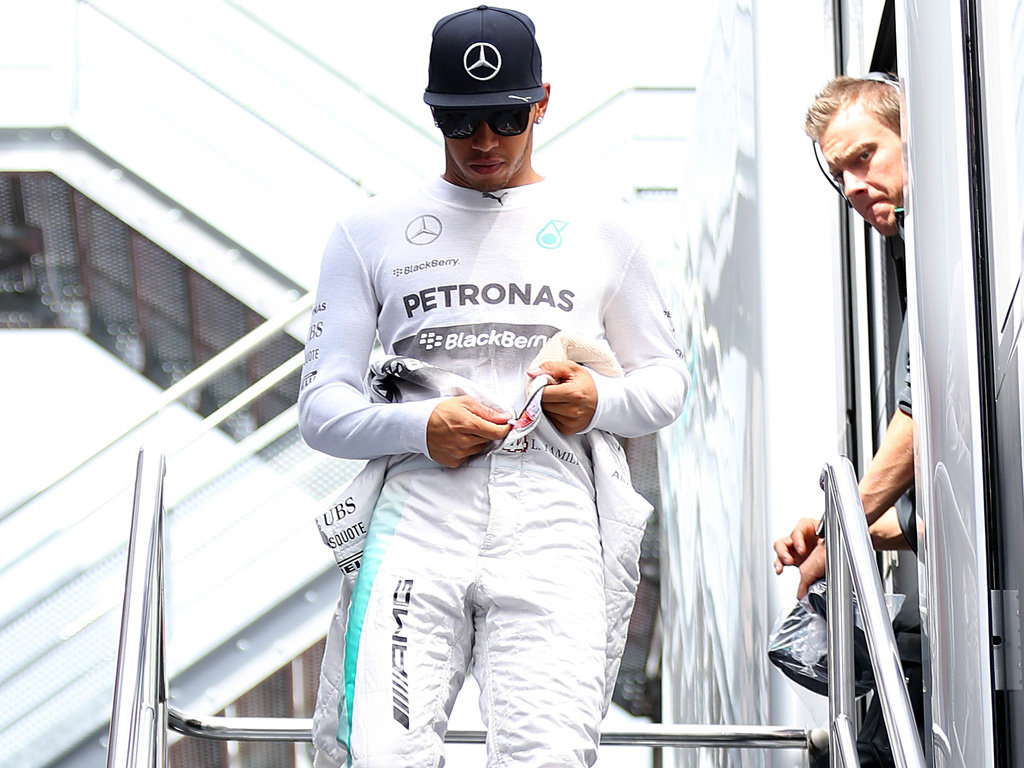 Lewis Hamilton put the boot into Nico Rosberg after the Belgian GP, saying the German “will leave Spa happy” despite their coming together.

The two Mercedes drivers looked set to battle it out for the victory, but their hopes went up in smoke as early as the second lap when Rosberg hit Hamilton from behind.

That resulted in a puncture for Hamilton and the Brit retired late in the race to save his engine while Rosberg went on to finish second behind Red Bull’s Daniel Ricciardo.

“What can I say? Initially it was really gutting I was driving so hard to try to get what I could get out of the car, it might not have looked that way but it was so damaged and I am just gutted for my team,” Hamilton told the BBC after the race. “The guys work so hard, I got a good start, it was looking good, I took the corner as I should because it was my line and I don’t know why he hit me but I am sure he will leave here happy tonight.

“I wouldn’t say it was worse than Monaco because it couldn’t get much worse than that.”

Although downbeat at the big gap and the fact that his team-mate rarely suffers any problems, Hamilton vowed to keep pushing until the end of the season.

“It’s not good, that is 30 points again now and, it took me a long time to catch that before but I know things can change. But if you notice Rosberg’s car rarely stops. it’s looking good for him this season now.

“There’s a lot of things going on in my mind, maybe it is just not my year but I can’t let that overtake anything, but we have a great car and a great team and I will keep on fighting.

“Who knows if some fortune will come my way but I will give it a go. It reminds me of when I was at school, the teachers will say something but they won’t do anything. The stewards didn’t do anything and I am now 30 points behind so I am just going to have push like hell.”