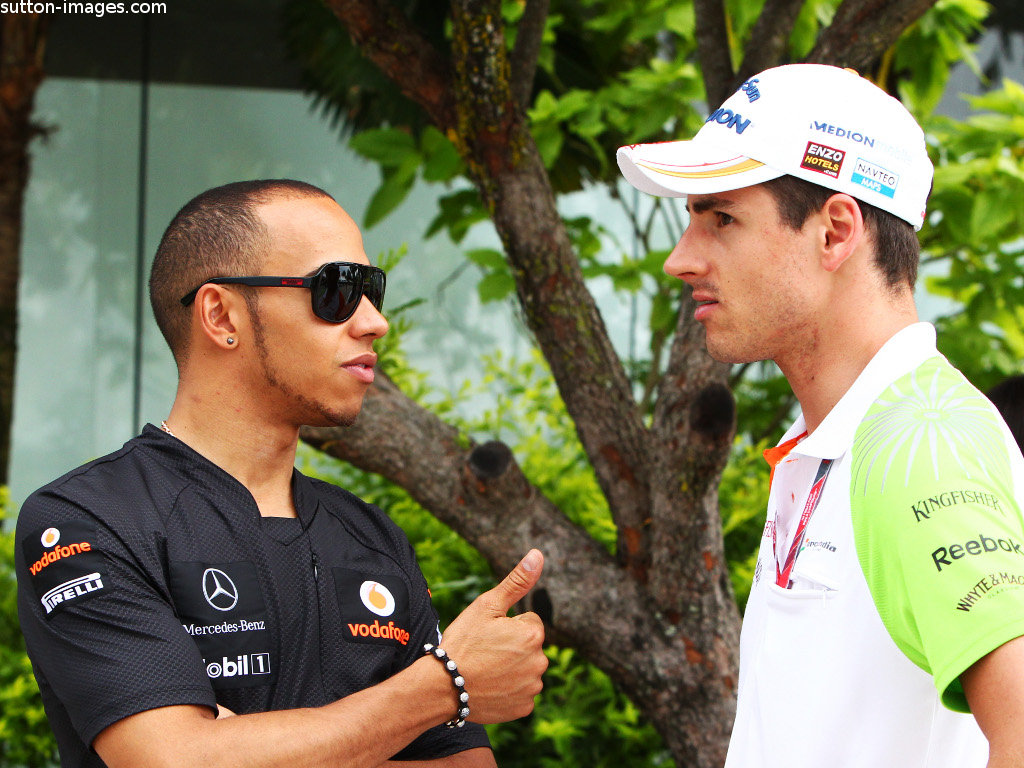 After spending the 2012 season on the sidelines following Force India’s decision to replace him with Nico Hulkenberg, the German will return to the grid this year with the Silverstone squad.

Hamilton and Sutil were close friends during Sutil’s first stint in F1, but their relationship deteriorated after the 2011 season when the latter was involved in a nightclub fracas.

Hamilton refused to attend the trial and Sutil, who was handed a suspended sentence for the incident, called him “a coward” and they haven’t really been in touch since.

The two, though, will get to see plenty of each other over the next 12 months with Sutil back in the sport and Hamilton admits he is happy that the 30-year-old will return.

“I’ve emailed him several times,” Hamilton is quoted as saying by Autosport.

“A while ago when I heard there was a potential that he would get the seat I said I would pray for him, that I really hoped he gets it, that he deserves it [and that] I hope to see him back in F1.

“And then I emailed him on the way here as soon as I found out and said congratulations, I’m really happy for him.”

He added: “I haven’t heard back from him but I’m sure at some stage we will get to talk.

“I’m looking forward to seeing him; I haven’t seen him for a while.

“I think it’s a great opportunity for him, I really wish him all the best for the year.

“I [left a message saying] ‘I hope you go out and prove to everyone that they made the right decision’.”