Home Uncategorized Lewis: I thought I lost it at Turn 1 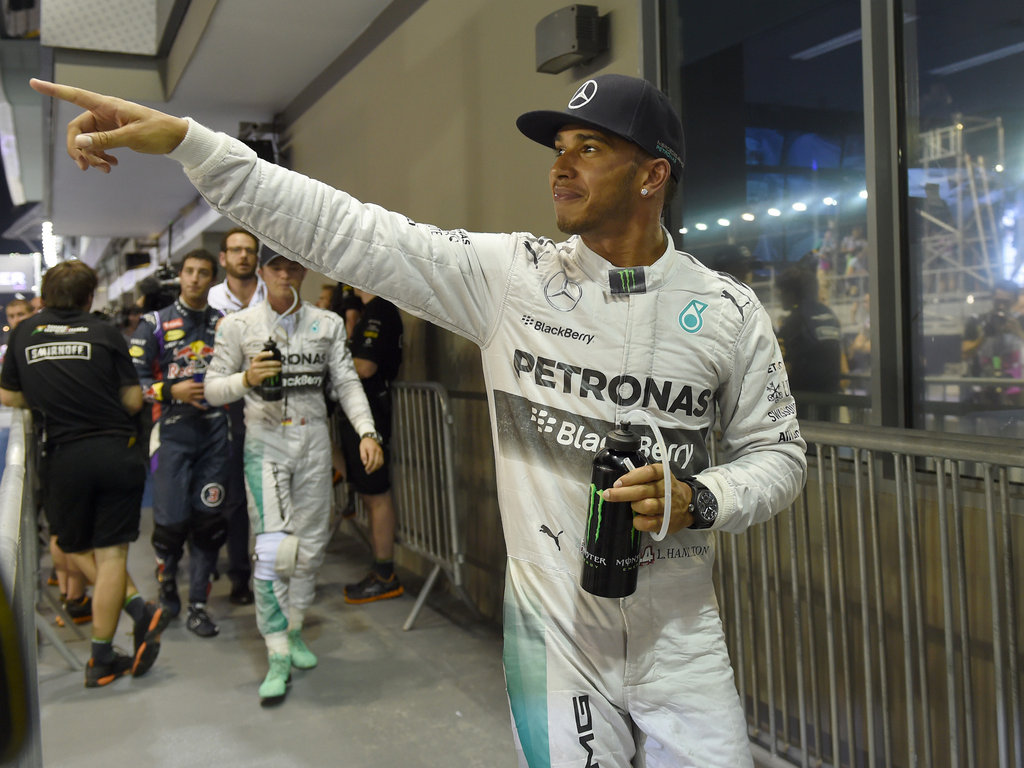 The difference between pole position and P2 was just 0.007s in Singapore and Lewis Hamilton admits he thought he lost it before he even started his final lap…

The difference between pole position and P2 was just 0.007s in Singapore and Lewis Hamilton admits he thought he lost it before he even started his final lap.

With Red Bull and Ferrari putting the pressure on this weekend, Hamilton and Nico Rosberg knew they couldn’t afford to make the smallest of mistakes at the Marina Bay Street Circuit in qualifying.

But that’s exactly what happened with Hamilton as got things slightly wrong at Turn 1 on his final flying lap in Q3 and the pressure increased with Daniel Ricciardo of Red Bull claiming provisional pole after the chequered flag came out.

Rosberg then bumped Ricciardo down to P2, but Hamilton saved the best for last as he pipped his Mercedes team-mate to P1 with a 1:45.681 – just 0.007s faster than the German’s time.

Asked about saving the best for last, Hamilton replied: “Yeah that is always the plan. Doesn’t always go according to plan, but quite an exciting qualifying session.

“I wasn’t expecting to see so much difference in how close everyone was. We did some good laps in the first and second qualifying sessions and saw the Ferraris very, very close. And then obviously to end up the way it did is good for the team.

“My last lap I locked up into Turn 1 and lost a bit of time, but still managed to pull it back later in the lap. At that point I honestly thought it was over and perhaps I lost a tenth and half, but I just kept going and it got better and better through the lap.”