Home Uncategorized ‘Lewis is not here to make friends’ 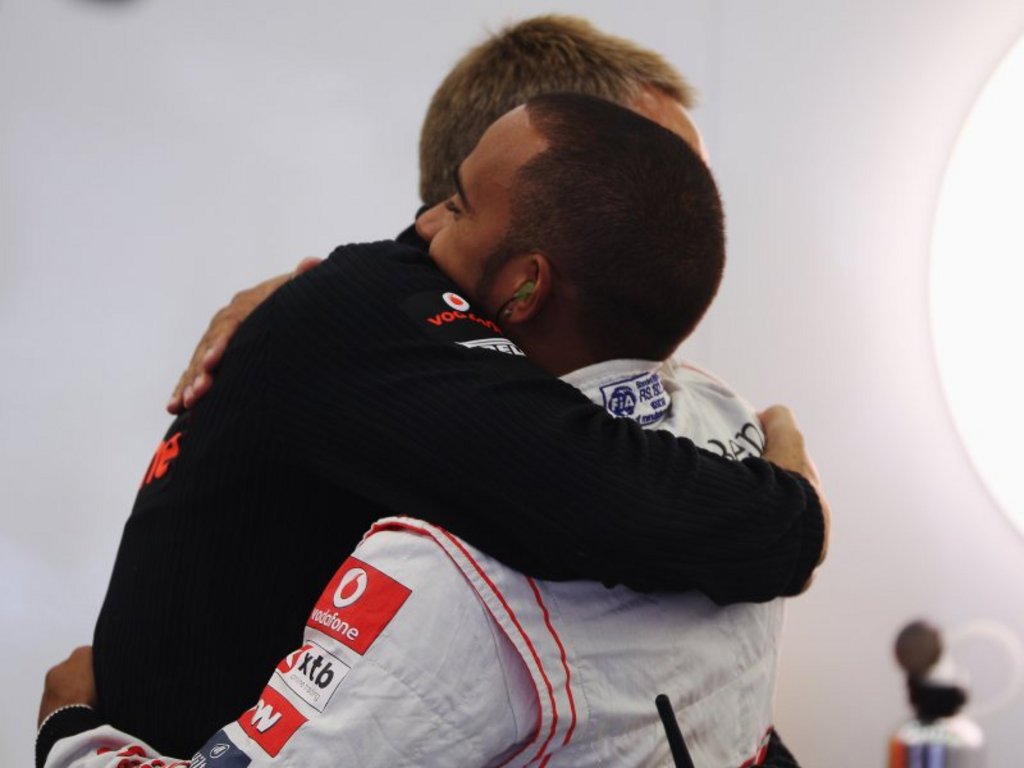 Hamilton copped plenty of flak from Felipe Massa following qualifying on Saturday after they nearly made contact during Q3. There was another flare-up on Sunday after the two collided during the race. However, the biggest talking point came during the post-race interviews when the Ferrari driver slapped Hamilton on the shoulder and sarcastically applauded him.

Despite making all the wrong headlines yet again, Whitmarsh threw his weight behind Hamilton and insists he’s not “here to make friends”.

“Lewis went through the last race [at Monza] desperately wanting to stay out of trouble, and he did,” he said. “And, if we are honest, we were all then going to get on his case, saying where is the old Lewis. To an extent, I did. I said to him: ‘Great discipline but let’s get back’.

“We are at a point where there are now five races to go. We would like to get out there and attack those races. I don’t think Lewis is here to make friends. Go back over the last 20 years – any of these attacking, brave drivers do get under the skin of other drivers. If you look back on Ayrton [Senna], certainly as a young man, Ayrton never had an accident that was his fault.

“It was always someone else’s fault. He had massive self-belief and he got under the skin of many drivers. Michael [Schumacher] still is. Michael has never caused an accident. They are not here to make friends. I don’t think Lewis is here seeking to make enemies but a car in front of him is a car he has to get around and you don’t overtake a car without some risk.

“The car in front of him at that moment – it doesn’t matter who it is – is the enemy of the moment. Lewis will be upset but he is a resilient individual. He chose to walk away from a skirmish that could have been.”

“We never talk away from the circuit. We have got each other’s numbers but we don’t really talk. It is not something I would expect him to do. When we finish our race we go away and spend time with people who really know us as a person and not just as a racing driver,” he said.

“When he gets back home I am sure he will have people around him who will pick him up. Even though he had the problem with the front-wing and the drive-through [penalty] he still did really well, was quick and got back to fifth.”