Home Uncategorized Lewis: It was my bad call 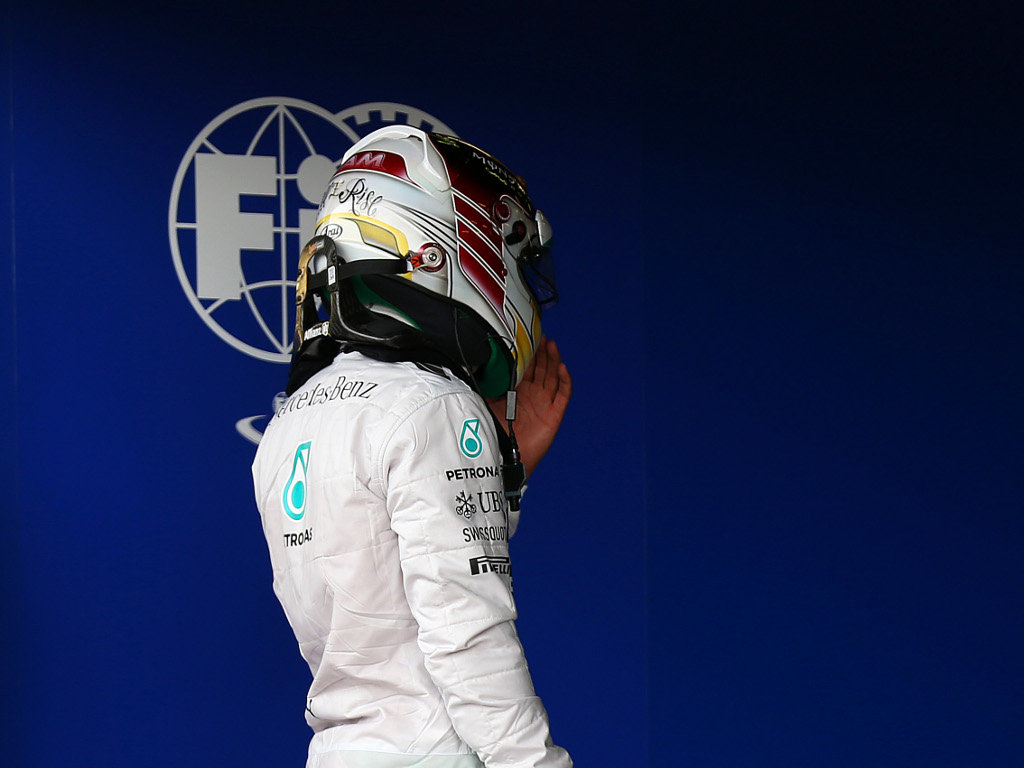 Lewis Hamilton was lost for words after his decision not to go for a final qualifying lap cost him the British GP pole position.

The 2008 World Champion posted a 1:39.232 in dry conditions early in Q3 and looked set to start Sunday’s race from P1 after conditions became wetter during the final few minutes. Although he crossed the start-finish line before the chequered flag came out, he decided not to go through with the lap, ducking into the pits.

His Mercedes team-mate Nico Rosberg and several other drivers decided to chance their arms and it paid off as the track had dried out in the final sector. Rosberg claimed pole in the end with Sebastian Vettel second and Jenson Button third.

“I don’t know, I don’t have much of an answer,” Hamilton told BBC Sport.

He added: “I just decided not to do the lap.”

Asked if he thought he wasn’t going to improve with another lap, he replied: “Obviously not. I don’t have anything to say to you at the moment.”

In a press released later, Hamilton said: “I made a mistake today and pulled out of the lap when I should have kept going. It was a tough qualifying with the changing conditions and we got through most of it really well, until the most important part.

“It was my decision, a bad call, and that decided my qualifying. I’m so sorry to have disappointed the fans here today as their support has been fantastic and I’ll do what I can to have a great race for them tomorrow.”

Mercedes chief Niki Lauda revealed afterwards that Hamilton decided to abort the final lap while Rosberg was eager to have a final go.

“It was tricky in the end, we were both well in the lead, then we had to make a decision on whether we go out again,” Lauda said.

“They both pushed to go out. Lewis thought the circuit was slower so he stopped, Nico kept going.

“It was Lewis’ decision because he thought he cannot go quicker but Nico proved you can go quicker and he was proved right.

“This time Nico was outstanding again to grab pole under these difficult conditions.”