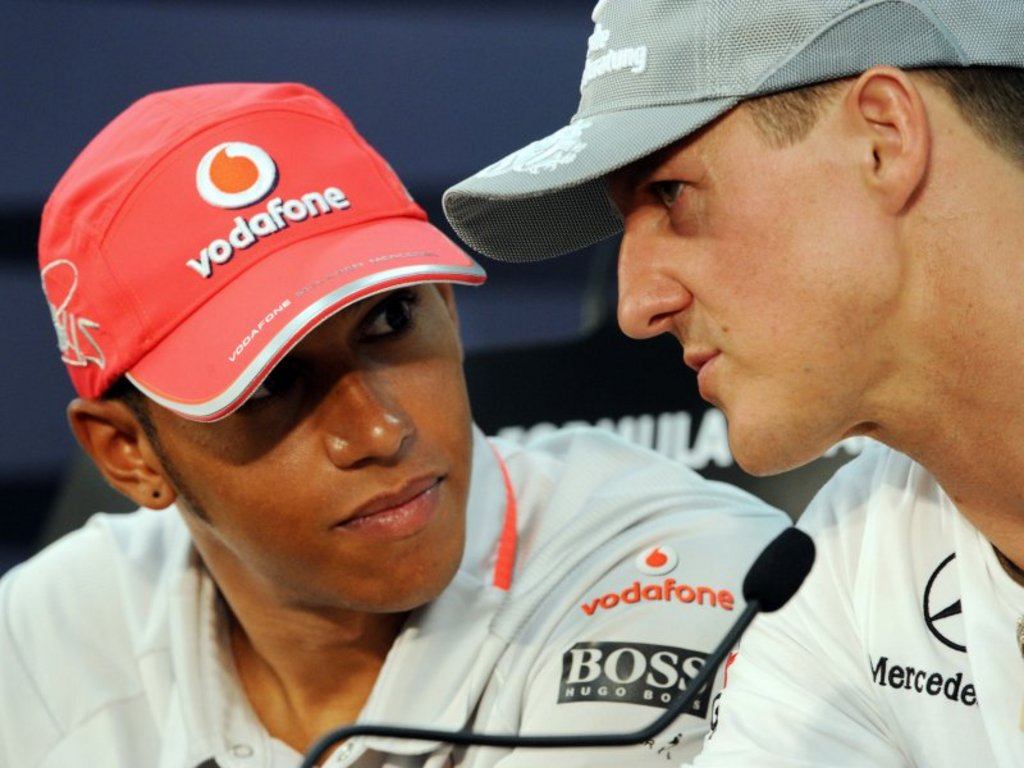 Seven-time World Champion Schumacher celebrates 20 years at the highest level of motorsport this weekend as he made his debut for Jordan on August 25, 1991, at the Spa circuit. Sunday’s race will be the German’s 280th, placing him second on the all-time list behind Rubens Barrichello.

“It is a great achievement for Michael. I think it is quite cool he is still here, so good on him,” Hamilton said.

Button, who celebrated his 200th grand prix in Hungary with a win, also hailed Schumacher’s longevity.

“This is my 12th year in the sport, but 20 years…to be at the top of his game for that long is very impressive,” the 31-year-old said.

“For a driver, with the stresses and pressures that are on you, 20 years is a long time in the sport for anyone.

“Looking at it I’m only eight years behind. I can’t see myself racing when I’m in my 40s, but there is always a possibility.”

Schumacher won’t be the only one looking forward to this weekend’s Belgian GP as McLaren have a good record at Spa, winning 12 races. The Woking team are also on a good run of form as they won the two races before the summer break.

Hamilton admits he can’t wait to get going again at one of his favourite tracks.

“After nearly a month out of the cockpit, I think every driver on the grid is really looking forward to racing on a track like Spa, which is easily one of the greatest circuits in the world,” he said.

“Spa’s always been one of my favourite tracks. It’s a place where you really feel on the limit, which is pretty awesome in a Formula One car.

“I’m already looking forward to my first flying lap on Friday, and corners like Eau Rouge, Pouhon and Blanchimont that are fantastic, just because they’re so fast.

“Pouhon, in particular, is incredible, because you’re really at the limit of the grip level.

“You’re gently playing with the throttle and trying not to scrub off too much speed with the steering. Getting it right is an amazing feeling.”

He added: “We go into the race weekend in a pretty good place as we’ve won the last two grands prix and the car feels strong.

“We’ve worked hard to improve the set-up, so it’s really inspiring confidence at the moment, which means you can push it that little bit further, particularly in qualifying.

“Of course, the weekend is likely to be affected by the weather, which is always somewhat unpredictable at Spa.

“I’d prefer a dry race, but to be honest, I’ll take any track condition. I just can’t wait to get back out in my car.”