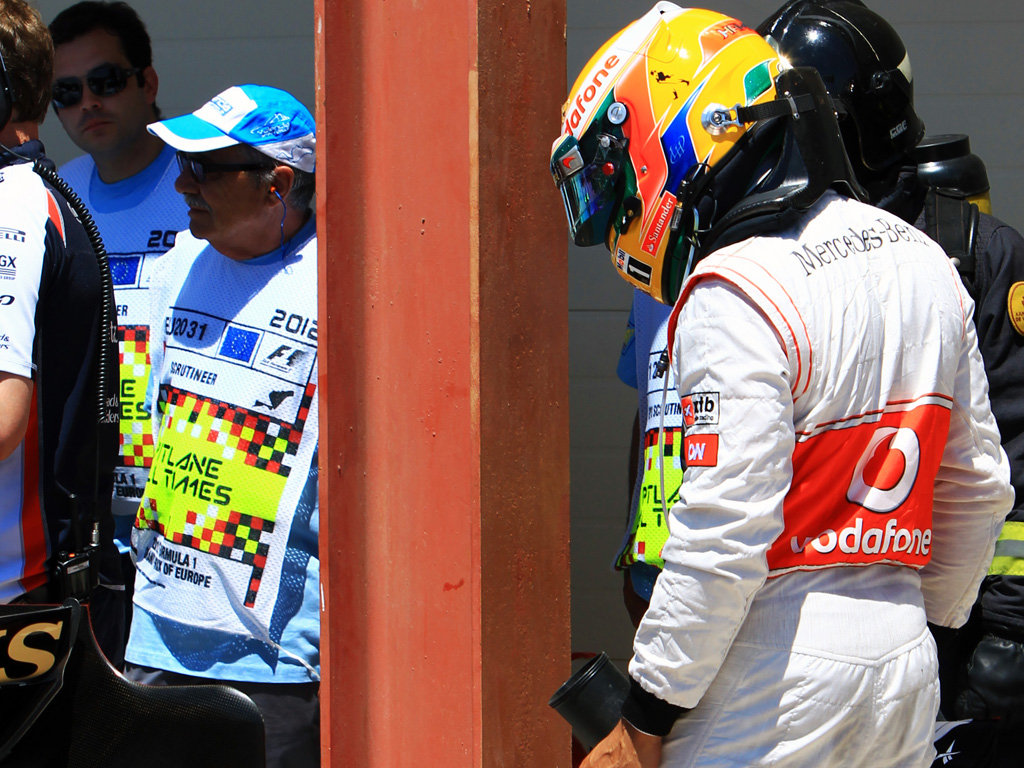 Lewis Hamilton refused to comment about his collision with Pastor Maldonado during his post-race interview in Valencia.

The 27-year-old was forced to retire on the penultimate lap of the European Grand Prix after he made contact with the Venezuelan.

While battling for P3, the Williams driver went off the track and then as he looked to come back on he touched the McLaren, sending Hamilton into the wall and out of the race.

Stewards immediately announced that they would investigate the incident after the race and Hamilton was in no mood to discuss the collision before the “meeting”.

When asked about the incident, Hamilton – who was flanked by two McLaren press officers – decided to focus on the race, instead heaping praise on winner Fernando Alonso.

“All I remember is sitting in the wall,” Hamilton said.

“That’s racing, you just have to suck it up. Big congratulations to Fernando, he did a great job today. It’s definitely tough, but we still have many more races.

“I don’t know where I would have finished, but my tyres were gone. On the last lap they suddenly just went.

“It was almost as if I had flat tyres at the back. We’ve got a lot of work to do to pick up the pace because we were really struggling today.”