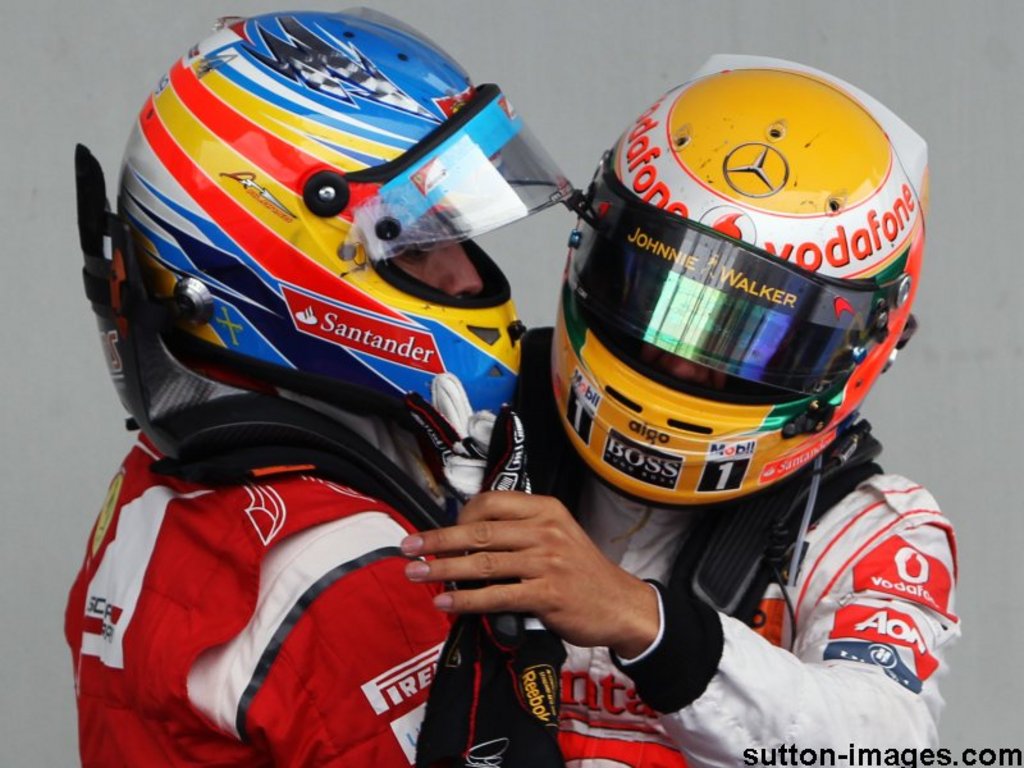 Although Lewis Hamilton and Fernando Alonso endured a tumultuous time as team-mates, the Brit says Alonso helped him become a better driver…

Lewis Hamilton and Fernando Alonso endured a tumultuous time as team-mates at McLaren but Hamilton reveals the Spaniard helped him become a better driver.

The pair spent the 2007 season together at the Woking-based outfit in what was Hamilton’s debut season.

The year was dogged by controversy as the two highly competitive drivers didn’t gel, with both disobeying team orders as the McLaren hierarchy struggled to deal with the rivalry.

It was rumoured that the pair were not on speaking terms for much of the year and it came as no surprise that Alonso and McLaren mutually agreed to terminate the Spaniard’s contract at the end of the season.

Despite this turbulence, Hamilton reveals that he learned a lot from Alonso during their time as team-mates.

“Alonso is a very, very fast driver, incredibly fast, with extraordinary talent and incredible speed. You know that he will always give his best,” Hamilton said.

“I learned a lot with him as a driver, I improved my driving thanks to having him as a team-mate,” the 26-year-old told AS.

Ferrari team principal Stefano Domenicali has said that he would be happy to sign Hamilton and reunite the former team-mates, but Hamilton insists that for the time being he is more than happy at McLaren.

“At the moment I don’t have any plans to do so, it is not something I desire or feel that I have to do,” he said.

“But we are talking about a fantastic team and you never know what could happen in the future,” the Briton added.