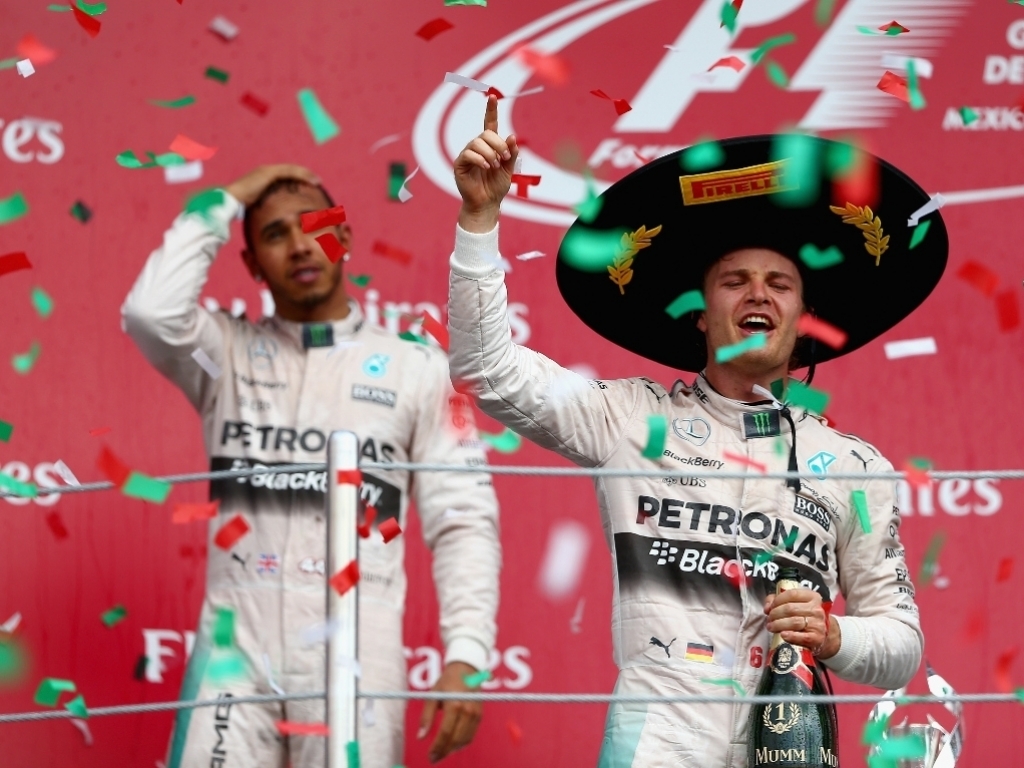 Lewis Hamilton has asserted that Mercedes were "extra warm" to Nico Rosberg during the Mexican Grand Prix, a race in which the German edged his team-mate for the win.

The relationship between Hamilton and Rosberg, formally childhood friends, has been fractured for some time, and there was further bad blood between the pair at the recent United States Grand Prix where Hamilton claimed a Championship-winning victory amidst suggestions from Rosberg that he had been “too aggressive” during the race.

The roles were reversed in Mexico City last week, with Rosberg all smiles after sealing the victory, while Hamilton was left fuming after he was instructed to make a pit stop which he believes cost him the chance to take first place off Rosberg.

The Briton has now added further fuel to the fire by suggesting that Mercedes favoured Rosberg in Mexico.

Speaking on Monday, Hamilton was asked if he felt that the team had orchestrated the result.

"I never think those kind of things," Hamilton responded.

He added: "But I know the team has felt the need to be extra warm [to Rosberg]."

When asked to elaborate, Hamilton said: "I do know what I mean, but I'm not going to say what I mean. You should ask Toto Wolff [Mercedes team boss] and Niki Lauda [Mercedes non-executive chairman].

"You should put those questions to them about how they feel about it, and what they have to do behind the scenes to keep him happy."

The 30-year-old delivered something of a backhanded compliment to Rosberg, stating that: "Nico drove well. No mistakes. No gust of wind", an apparent reference to Rosberg explanation for the mistake which cost him the win in Austin.

In reference to the team's decision to force him to come in for a new set of tyres, the three-time World Champion was steadfast in his belief that it was not necessary to do so.

“There was no risk, there was nothing for me to lose,” he said. “We have won the constructors’ championship, the team have won, so let me take a risk, let’s go for it. But we did what we did and we still got the one-two. I was racing and that’s why I was considering staying out. But when the team say it’s an order, it’s an order, you do what they ask. But it wasn’t fun.”