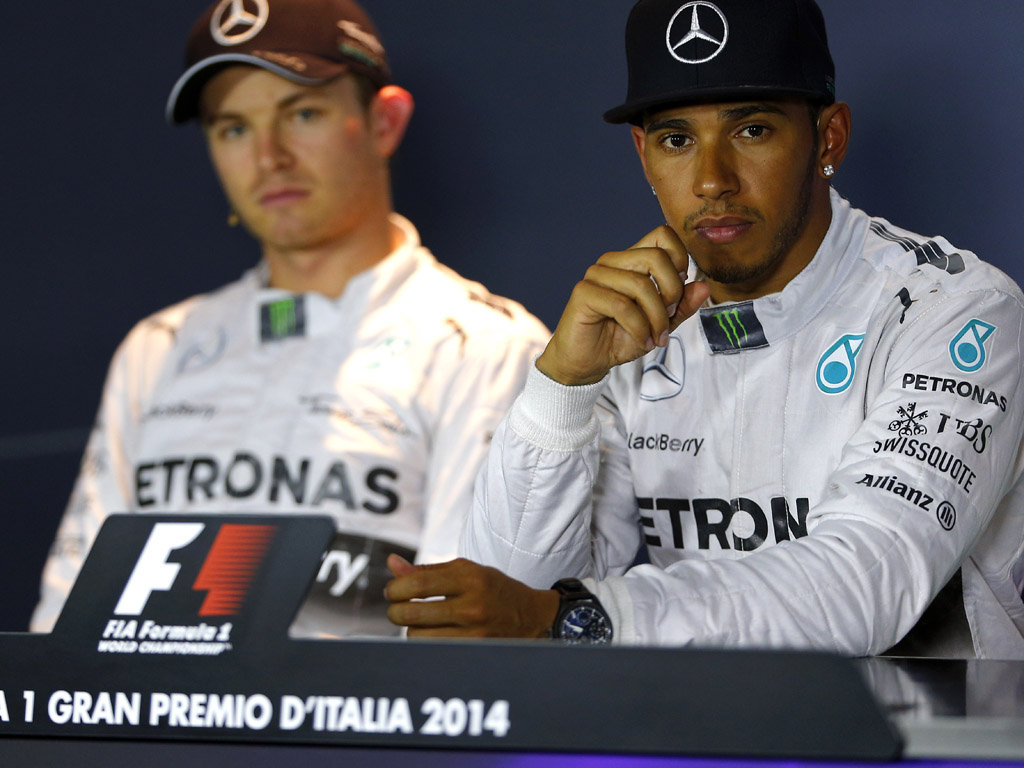 Lewis Hamilton has called on Formula 1 fans to cut out the boos after Nico Rosberg was once again on the receiving end after the Italian GP.

Championship pacesetter Rosberg was booed on the podium after the Belgian Grand Prix a fortnight ago and many put it down to his collision with Mercedes team-mate Hamilton early in the race.

Although the German has apologised for his role in the incident at Spa, he once again received some stick from fans during Sunday’s podium interviews at Monza.

Rosberg admitted that “[the booing] is not nice, but what can I say. I hope that with time they forgive and forget – that will be great”.

Hamilton, who won the Italian GP to reduce his Mercedes team-mate’s lead in the standings to 22 points, feels no one should be booed.

“When I was up there it felt a bit awkward when I heard they were booing for Nico because I just generally don’t like that in sport in general, even in football games,” he is quoted as saying by ESPNF1. “Away from the pitch and once we come out of the race everyone should be nice to everyone really, that’s the feeling I have.”

Despite his feelings about booing in general, Hamilton understands where the fans are coming from.

“I think they end up booing someone, more or less, because generally it’s such a passionate crowd here and they are generally all Ferrari fans. I’ve had it here years and years ago, maybe for a couple of years I had boos. It was great for me to finally come here and have such great support from all the Ferrari fans, the Mercedes fans and my fans.”

Mercedes motorsport boss Toto Wolff was also unimpressed by the crowd reaction during the interviews.

“There should not be any booing on the podium,” he told Autosport.

“It is the top three guys who have had a mega race and whoever it is they shouldn’t be doing it.

“It is sport and sport should unite. But all those guys have fans; some of them are pretty emotional.”