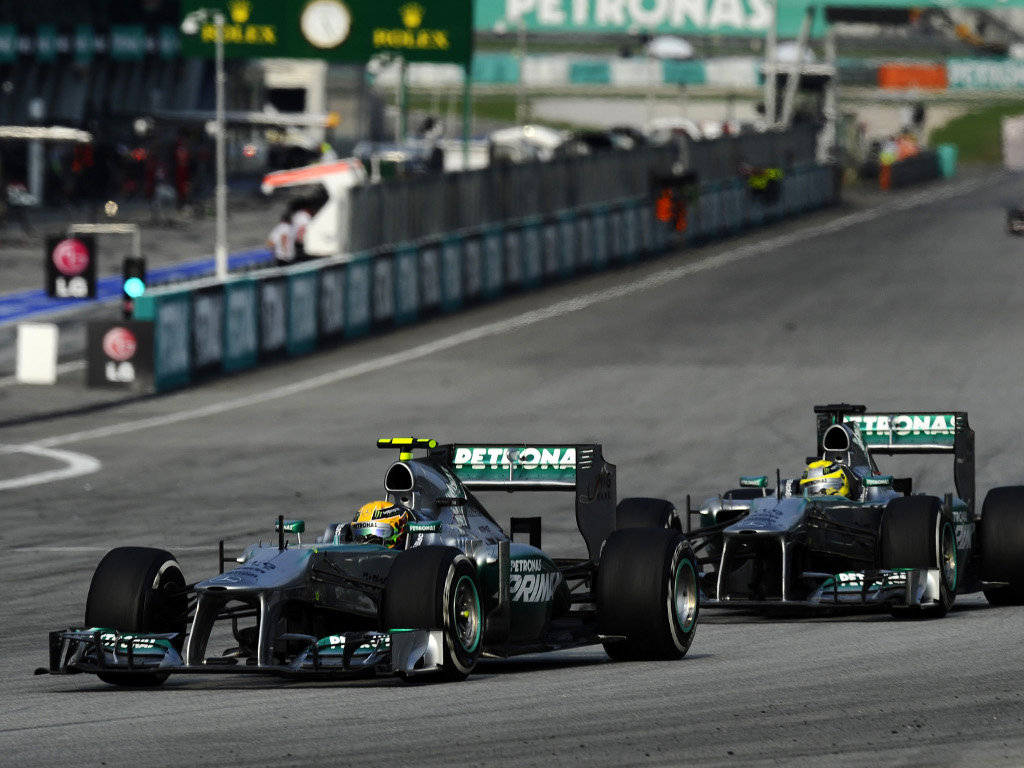 Lewis Hamilton concedes his Mercedes team-mate Nico Rosberg deserved to finish ahead of him at the Malaysian Grand Prix.

Lewis Hamilton concedes his Mercedes team-mate Nico Rosberg deserved to finish ahead of him at the Malaysian Grand Prix.

The 28-year-old claimed the final podium position at the Sepang International Circuit with Rosberg finishing not too far behind him in fourth place.

However, the German wasn’t too happy after the race as he was clearly quicker than Hamilton during the latter stages of the race, but the team ordered him to hold station until the chequered flag.

He asked the team quite a few times if he could pass Hamilton, but the answer from team principal Ross Brawn was “negative Nico, negative” while after the race Rosberg was heard saying “I hope you remember this one”.

Hamilton admitted afterwards that Rosberg should’ve been the man on the podium.

“The team did a fantastic job if I am honest I really feel Nico should be standing here, he had a better race than me,” he said. “I can’t say it’s the best feeling being up here but racing is racing.”

Rosberg, meanwhile, was magnanimous after the dust had settled and didn’t throw his toys out of the cot.

“It’s a team effort and I respected the team’s opinion,” said the German.

“It was an important day. We’ve had such a tough time in past years, so to be third and fourth, and fighting the Red Bulls, is such a milestone.

“For the team to want us to bring it home third and fourth is fully understandable and I know if it had been the other way around they would’ve done the same thing.

“There will be times to fight between team-mates in the future.”