Home Uncategorized Lewis: One of my most important wins 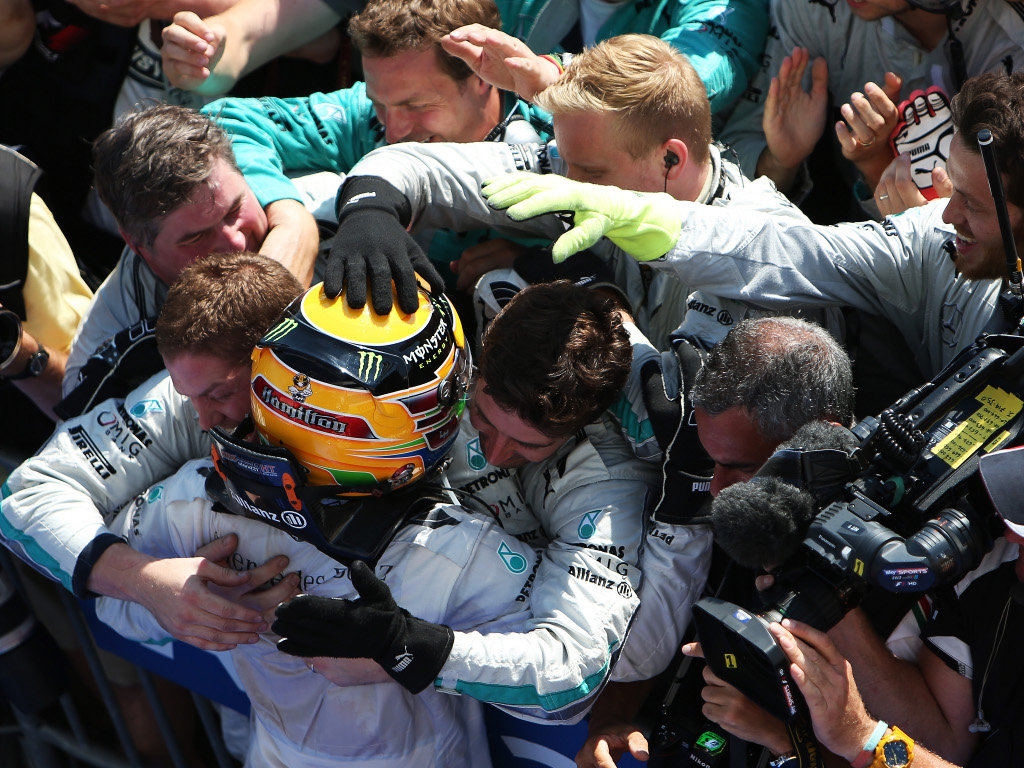 Lewis Hamilton admits he “could not be happier” after securing his maiden win with Mercedes at the Hungarian Grand Prix.

The Hungaroring has always been a good track for Hamilton as he won three races there during his McLaren days, but Sunday’s victory was a bit sweeter as it was his first victory for the Brackley-based squad.

It was certainly a great weekend for the 2008 World Champion as he first pipped Championship leader Sebastian Vettel to pole position on Saturday and then put in commanding display on Sunday to secure the win ahead of Kimi Raikkonen with Vettel third.

“This is probably one of the most important grand prix wins of my career having moved to a new team,” Hamilton said. “I could not be happier. I hope there is plenty more to come. We have to work hard but if we can make the tyres last here we can do it anywhere.”

Things could not have gone smoother for Hamilton and the Mercedes team over the weekend, but the Briton feels they put in the hard yards before the race and were rewarded.

“It’s an incredible feeling and I’d like to thank all the fans,” he added. “My team did an incredible job, we studied a lot last night and were hoping the tyres would last. We had no idea it would go that well.

“I was hungry for it today, I was going all out. Usually I get stuck in traffic and today I was going for every move I could.”