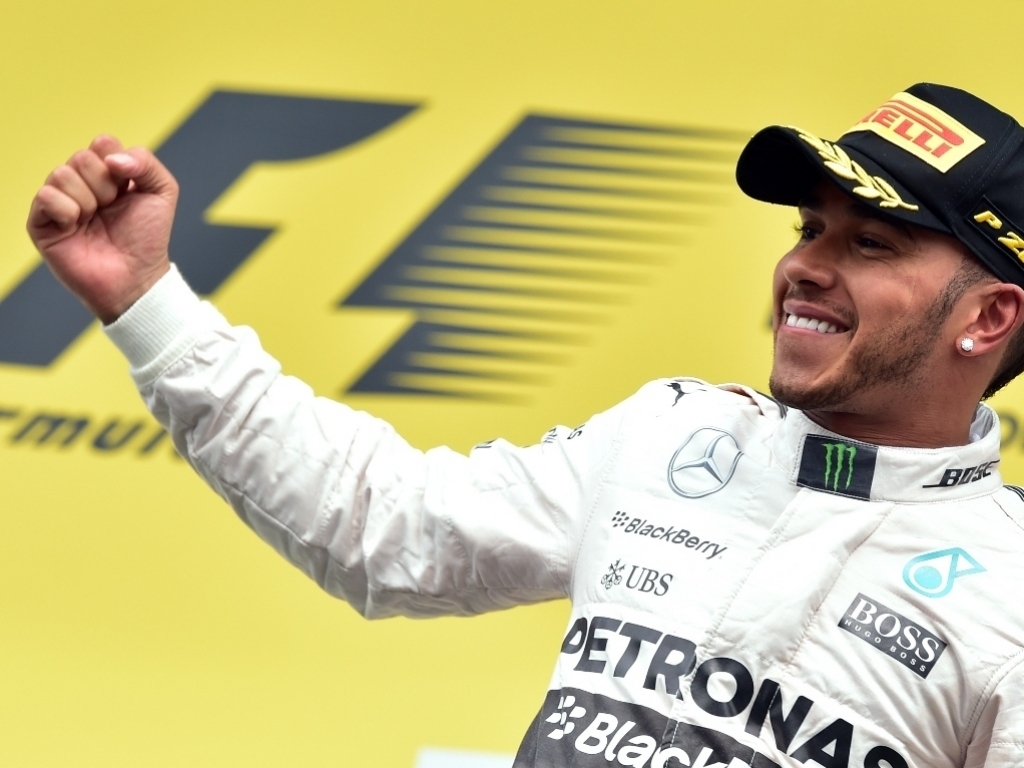 He has a comfortable 28-point lead in the standings, but Lewis Hamilton insists it is way too early to start thinking about the title.

The reigning World Champion started in pole position at Spa and cruised to victory at the Belgian Grand Prix on Sunday to win his sixth race of the 2015 season with his Mercedes team-mate Nico Rosberg second.

Hamilton has been in incredible form for most of the campaign and many believe it is only a matter of time before he secures his third title.

The 30-year-old, though, played down any talk about the Drivers' title and feels one area where he needs to improve is backing up his incredible qualifying form – he has started 10 races from pole – with race wins.

"It's definitely too early for that [title talk] but, as I said coming into this weekend, I wanted to get those pole positions and translate them into wins, and hopefully today's the beginning of that," he said. "I'm looking forward to the next races…"

Having been slow off the line at Silverstone and Hungary, Hamilton hit back with a good start and was "fairly relaxed" after that.

"Today was a dream and the car was fantastic all weekend," he said.

The Brit added: "Nico obviously had good pace, but I was able to answer most of the time. I was fairly relaxed out the front, but the car was feeling great. It was really about looking after the tyres, particularly at the end when I saw that a tyre had blown on one of the other cars.

"I was being very cautious the last two laps, and Nico was allowed to close the gap, but I felt really under control the whole way and had good assistance from the team. I felt 100% all weekend!"

Hamilton will leave Belgium in a much happier mood than he did in 2014 as he failed to finish last year's race after the two Mercedes cars made contact on lap two with the Brit forced to retire later in the race.

However, he hit back and won six of the final seven races to take the title.

"At the moment it’s a lot different to last year, obviously at this point. Last year we came away from here and it was a very difficult time, but after that great pace and great results. So for sure that’s the goal, to continue that from here.

"So it’s already been a much, much better year than last year and the plan is to try and continue with that. I still feel there’s improvements to be made, particularly in the race, so that’s what I’ll continue to do, but I’ll definitely take today’s result."