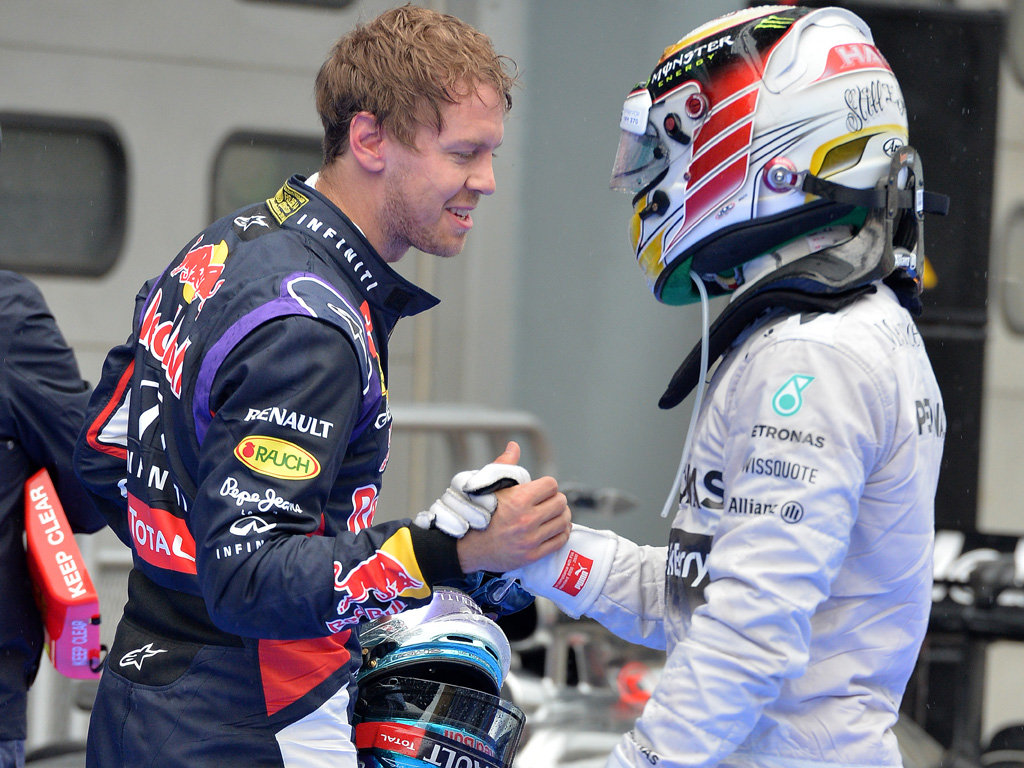 Lewis Hamilton has advice for Sebastian Vettel: show strong leadership to drag Red Bull out of their current slump…

Lewis Hamilton has advice for Sebastian Vettel: show strong leadership to drag Red Bull out of their current slump.

After winning four consecutive titles, the German has found life a little more difficult at the start of the 2014 season as Red Bull and Renault have found it tough to come to grips with the new engine rules.

Whereas he won two of the opening four races last year, his best finish so far this campaign is a third place in Malaysia and he is already 46 points Championship leader Nico Rosberg.

Rosberg’s Mercedes team-mate Hamilton, though, believes Vettel has a crucial role to play if Red Bull are to recover.

“As a quadruple World Champion, Sebastian must now demonstrate leadership within the team,” the 2008 World Champion is quoted as saying in Bild. “When it comes to the crunch, you can transfer your strength as head of the team.”

He added: “To be honest, I’m very wary of the situation at Red Bull. Of course they still seem to have problems with their engine, but regardless of the power unit, it is a strong car. I am sure they will catch up.”