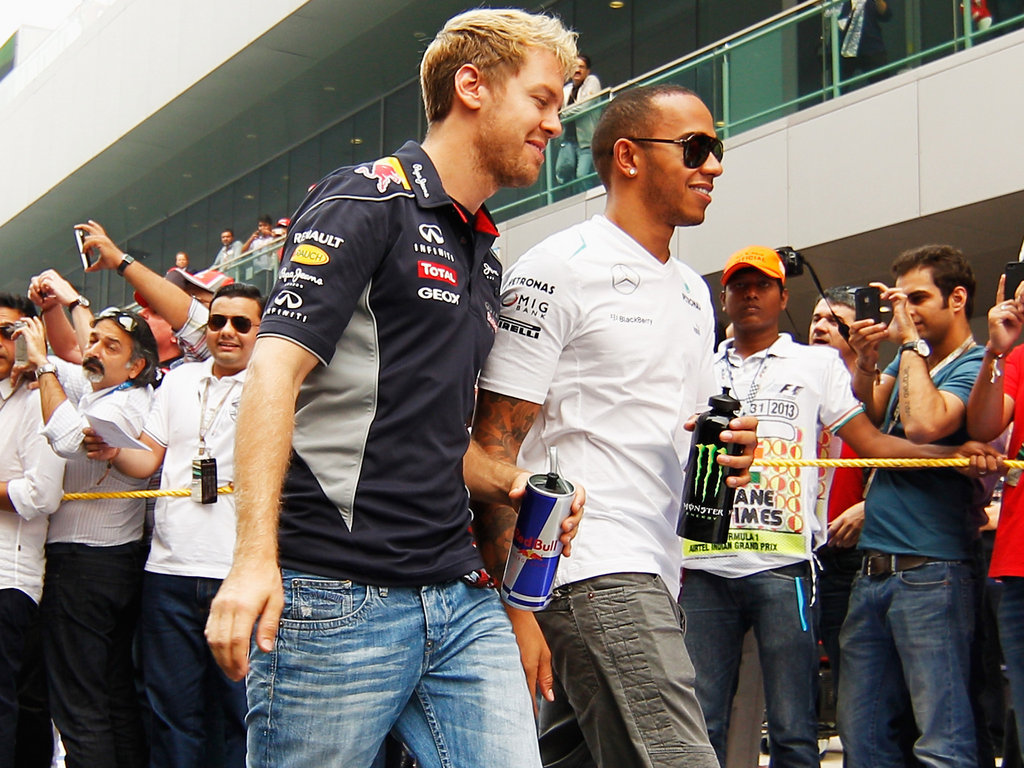 Lewis Hamilton has paid tribute to Sebastian Vettel after the German secured his fourth World title on Sunday.

The Red Bull driver started on pole position and went on to claim his third consecutive win in India, sixth race win in a row and fourth Championship on the trot.

The four titles in a row also saw him join Michael Schumacher and Juan-Manuel Fangio in the exclusive club of drivers to have achieved that feat.

Hamilton, who finished sixth at the Buddh International Circuit, praised Vettel for his phenomenal success.

“He’s now in the legendary books – he already was. To do it at such a young age – I think he’s 26 – is pretty phenomenal. He’s broken quite a few records these past few years.

“I’ll try and catch him at some stage, though he’s probably going to be too busy from now on.”

Hamilton started third in India, but he quickly slipped down the pack and found himself finishing sixth while his team-mate Nico Rosberg started second and finished second.

“It was good we got some points but a pretty poor race for myself,” he added.

“It felt okay. It was a pretty bad race as you can see but these kinds of races happen. We’ve got a couple of races left and we’ve just got to keep pushing.”