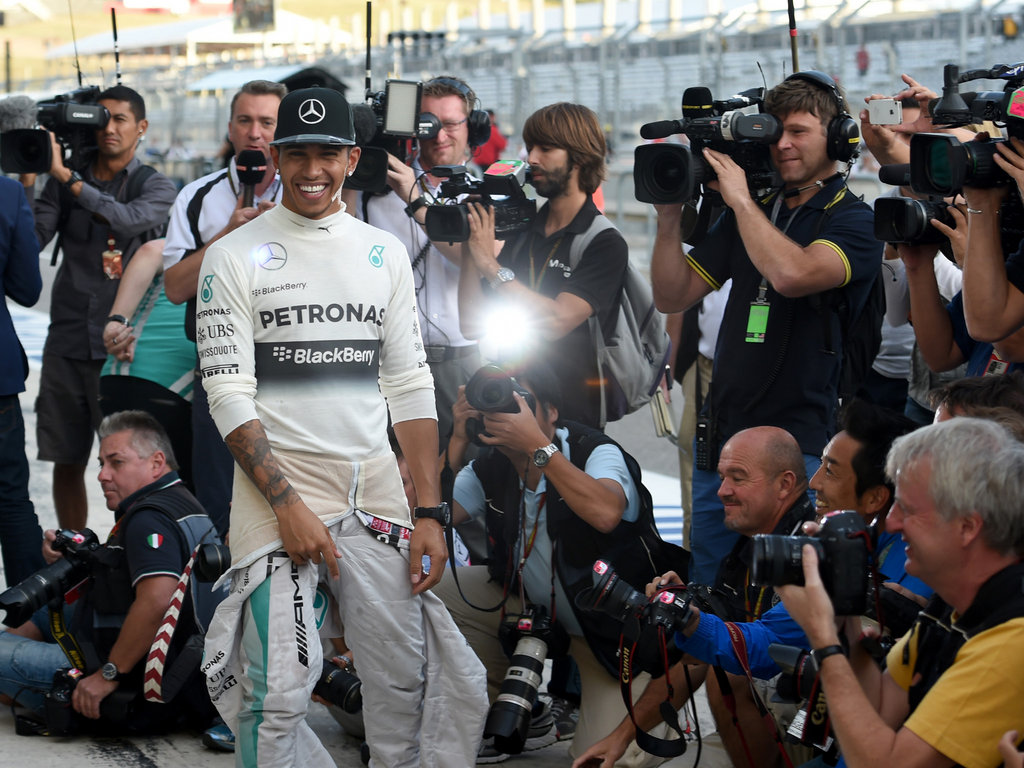 Lewis Hamilton believes the infamous collision with Nico Rosberg at Spa turned into a positive as he declared “war” on his team-mate in the battle for the Championship.

The 29-year-old has a handy 24-point lead in the Drivers’ standings heading into the penultimate race of the season in Brazil this weekend, but five races ago he found himself up against it as Rosberg held a 29-point advantage.

The German gained the upper hand on the back of a second-place finish at the Belgian Grand Prix when Hamilton was forced to retire after they made contact while Rosberg was trying to overtake him for the lead.

Rosberg initially refused to take responsibility for the incident, but both drivers apologised after a high-level Mercedes meeting.

Hamilton, though, turned his fortunes around to win the last five races and he admits the incident turned into a pivotal moment for him.

“You don’t really look five or 10 races ahead. I’ve just always kept my head down, kept chipping away,” he told Press Association Sport. “I had those four wins (early in the season), and then there was the bad patch from Monaco onwards.

“In reflecting on it, I turned the energy from that negative bomb into a positive.”

The momentum is firmly with Hamilton on the back of his five consecutive victories, but he doesn’t believe he has the psychological advantage as things can turn around pretty quickly.

“I’m not sure I do have an edge,” said Hamilton. “Every weekend Nico resets, he comes in and qualifies on pole. He’s massively strong mentally. He’s still there, still fighting.”