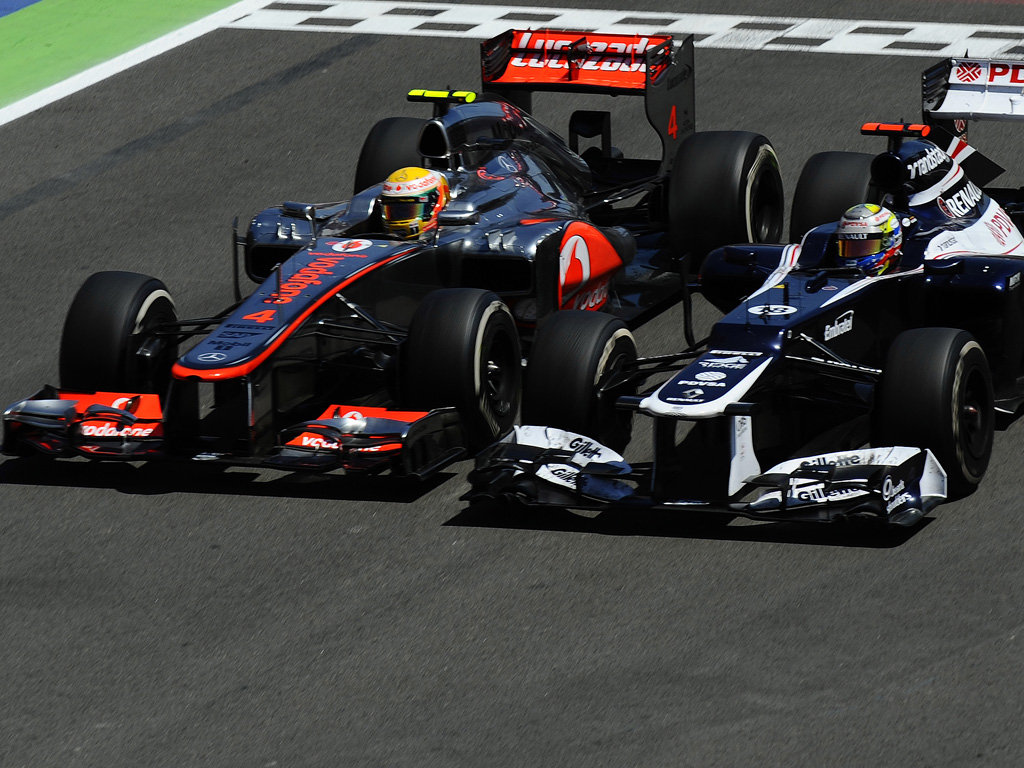 Lewis Hamilton has opted for the pragmatic approach, saying “that’s life” after being rammed into retirement in Valencia…

Lewis Hamilton has opted for the pragmatic approach, saying “that’s life” after being rammed into retirement in Valencia.

The McLaren driver was racing towards third place in Sunday’s European Grand Prix with the Williams of Pastor Maldonado right on his rear wing.

However, on a track notoriously difficult to overtake on – at least until this past Sunday – Maldonado tried to take Hamilton around the outside of Turn 12.

The Venezuelan was forced off the track, which he billed as Hamilton being “very aggressive”, and returned only hit Hamilton into the barriers.

Hamilton was seen banging his steering wheel in frustration, although in the hours after the grand prix opted for the more diplomatic response.

“I’ve had a bad day in the office but that’s motor racing,” said the McLaren driver.

“It does change a lot (in the Championship), we lost a lot of points but fortunately for us a couple of the people we are fighting, like Sebastian , weren’t able to score either so it’s not the be all and end all, but it does make things tougher.

“You put your heart and soul into some things and when you don’t get the result you feel you worked for it’s very tough, but that’s life.”

“You just have to suck it up and move forward, and there are many races to go.”

Hamilton’s lack of points saw him drop to third in the Drivers’ Championship, 23 points behind Championship leader and European GP winner Fernando Alonso.

Maldonado was penalised by the stewards and dropped from 10th to 12th in the classification.