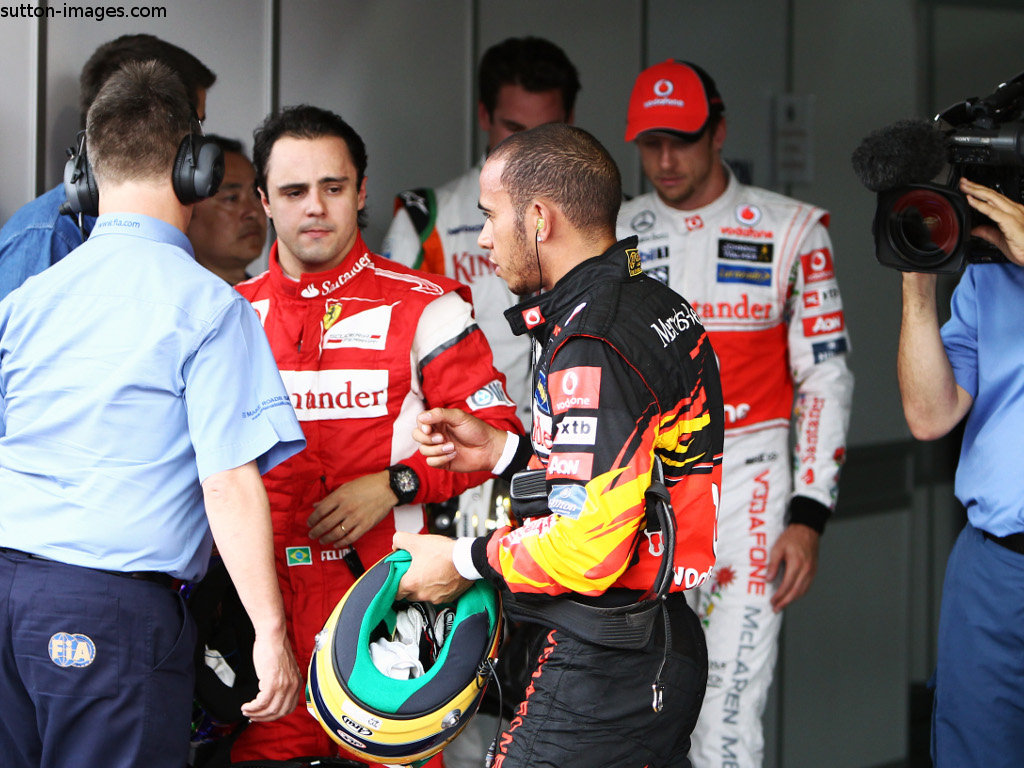 Lewis Hamilton was disappointed to miss out on a front row grid slot in Brazil, conceding he just “wasn’t quick enough”…

Lewis Hamilton was disappointed to miss out on a front row grid slot in Brazil, conceding he just “wasn’t quick enough.”

Having set the pace in Friday’s practice at the Interlagos circuit, many expected Hamilton to be the one to challenge Sebastian Vettel for pole position.

But it wasn’t to be.

Instead of fighting the German, Hamilton found himself falling behind Mark Webber and Jenson Button as well.

“It’s a little bit disappointing,” the Brit, who was half a second off the pace, told the BBC.

“We’re still on the second row but I would have liked to have been stronger. I’m not too happy with my performance. I just wasn’t quick enough.

“I was a couple of tenths off Jenson [Button]. The Red Bulls were just massively quick.”

However, Hamilton is not ruling out his chances of a great result come Sunday’s 71-lap Brazilian GP.

“It’s definitely a place where you’re inspired because this is (Ayrton) Senna’s home,” he said.

“I’ve started fourth quite a few times here. Four is a good number for me. Let’s hope I can turn it into something more positive tomorrow.”