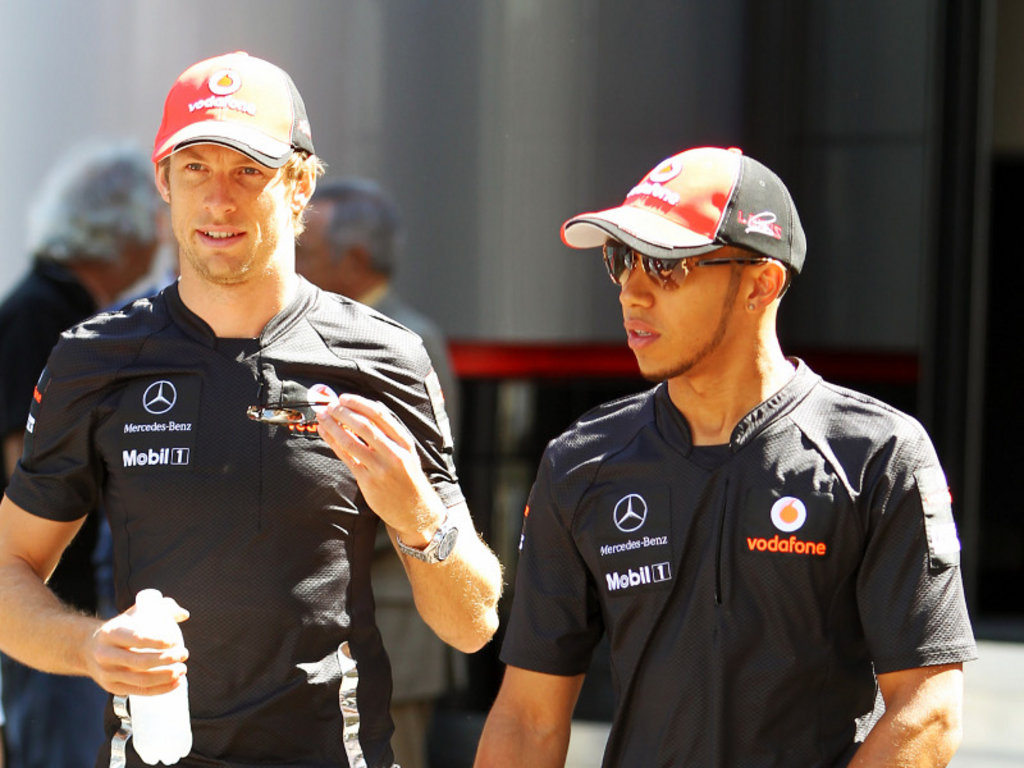 Just days after revealing he intends signing a new McLaren contract, Lewis Hamilton has urged the team to re-sign his team-mate Jenson Button…

Just days after revealing he intends signing a new McLaren contract, Lewis Hamilton has urged the team to re-sign his team-mate Jenson Button.

With rumours circulating that he could swap to Red Bull Racing in 2012, Hamilton confirmed last week that he is hoping to stay with McLaren, saying he could have a new contract in place by the end of this year.

“I’ve a pretty solid contract at the moment, but Martin (Whitmarsh) has spoken to us about discussing a new contract fairly soon, in the coming months,” said the 2008 World Champ.

“Definitely, hopefully, by the end of the year I’ll have something in place and I can continue on, which is important to be able to do.”

However, the Brit doesn’t only want a new deal for himself. He has also urged McLaren to secure the services of his team-mate, Button, who the Woking team have an option on for next year’s Championship.

“If it ain’t broke, don’t fix it,” the Mirror quoted Hamilton as having said.

“I’d love to race alongside him for another three years.

“Jenson has been fantastic. He has been very quick and competitive. His demeanour helps create a comfortable atmosphere in the team. We have more harmony in our team than in any other.”