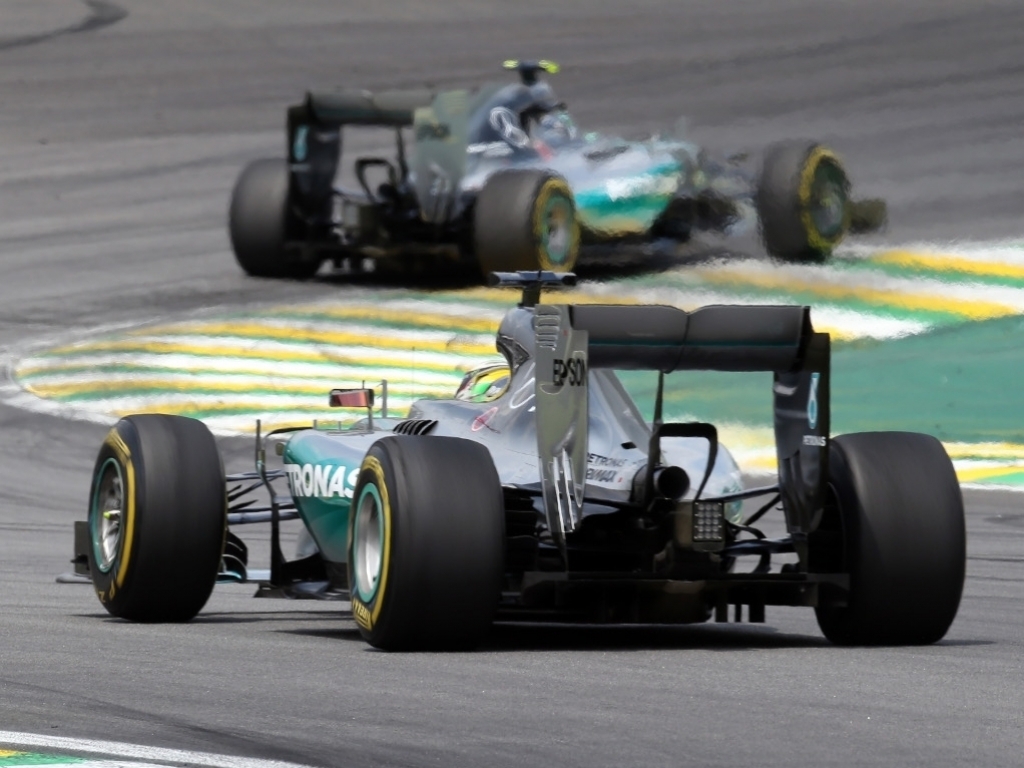 Riskier strategies and no more tyre saving are two of the things that Lewis Hamilton wants in F1 after he was forced to settle for P2 at the Brazilian GP.

Although he concedes that team-mate Nico Rosberg deserved the victory at Interlagos as he was better in qualifying as well as during the race, Hamilton admits it was a “relatively boring” race as he didn’t really have an opportunity to overtake his team-mate due to the nature of the track and the strategies.

Hamilton gave it as good as he got in the first two stints and was right behind Rosberg at one stage, but he just couldn’t pull it off and then backed off and eventually finished a distant second.

“Quite happy with the pace, but you just can’t overtake here,” the triple World Champion said.

After he failed to get past Rosberg, Hamilton at one stage asked his engineer “can you get me on a different strategy somehow?” adding “I’m faster but it’s impossible to overtake”.

However, Mercedes decided to stick with the same strategy as both drivers finished the race on three stoppers.

“I’m here to race and when both of you have to do pretty much the same order it’s like it’s almost already set from the beginning,” he said.

“If there’s any other strategy, let’s do it. Let’s take a risk, let’s do whatever. They are like ‘look after the tyres’ and I’m like ‘no, I’m racing’ and I think that’s what people want to see. Unfortunately today I couldn’t get close enough to be able to really put on a great race so it was relatively boring following.”