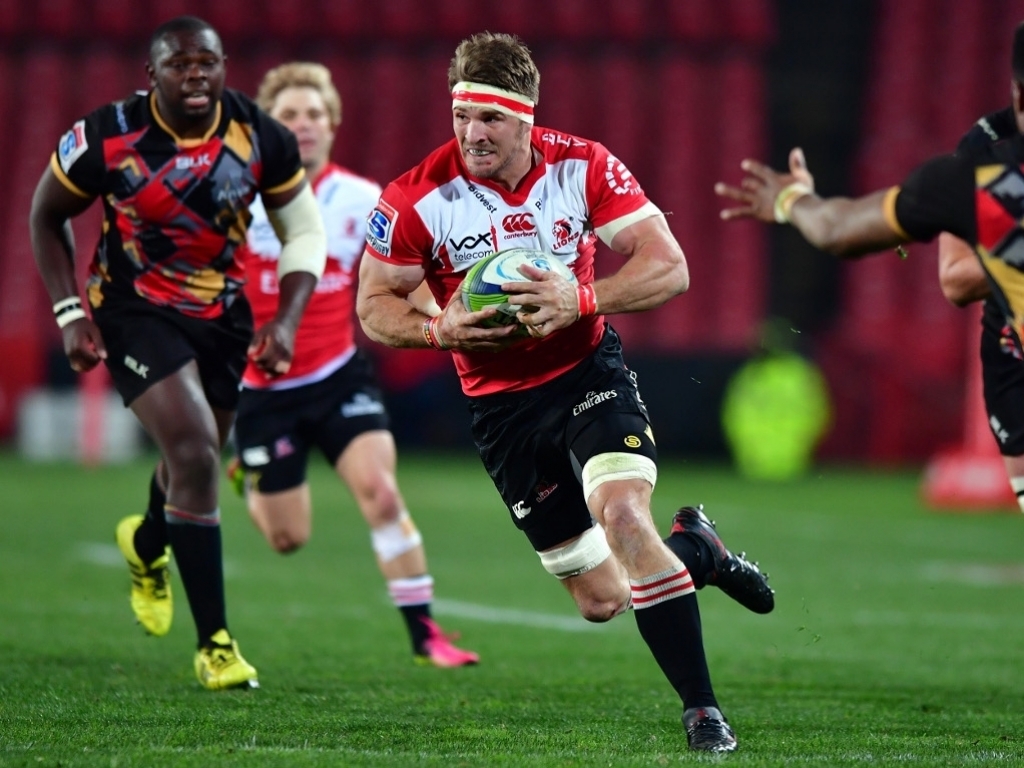 The Lions took another step towards finishing the Super Rugby season as the number one ranked team thanks to a 57-21 win over the Kings on Friday.

The Africa 2 Conference winners and South African Group leaders outscored their visitors eight tries to three to stay a point clear of the Australasian Group leaders, the Chiefs, with just one round of the regular season left to play.

A strong second half from the hosts allowed them to seal another comprehensive victory, although the Kings had fought valiantly to trail by just ten points at the interval.

The half time stats were completely in the Lions favour. It was hard to imagine the Kings were actually only 10 points behind at the end of the first-half as it ended 17-7. In the attacking statistics they had eight clean breaks when the Kings had none, had 70 carries to the Kings 42 and the Lions' share of possession in the first half with 65 per cent.

Johann Ackermann was visibly upset at the half time interview and clearly gave his team a stern talking to as the Lions came out of the change rooms, with a new sense of respect for the Kings. The Lions slowed their game down and spread the Kings defence far better. That led to results.

Yellow cards to Shane Gates for being off-sides and Edgar Marutlulle for a break down infringement really cost the Kings as they were down to 13 men and could no longer hold out the red tide of Lions players.

Rohan Janse van Rensburg had another brilliant game in a red jersey as he scored a brace and made 104 metres
for his side. He seemed to be everywhere on the field as he ran short lines off his team mate's shoulders.

The Lions came out the blocks firing as they got fast, on the line ball from the Elton Jantjies who was also superb. Janse van Rens Burg hit a fantastic line and Courtnall Skosan gave the pass on the inside shoulder to Janse Van Rensburg to go over for the Lion's first try of the match.

The Kings put a lot of pressure on the Lions defensive line right on the 5 metre mark. And eventually the pressure became too much for the home-side to deal with as they knocked it on for the Kings to pick up, play it wide and nippy scrum half James Hall eventually scored and tied the game at seven all.

The Lions went back in front when the Kings scrum crumbled and Jacobie Adriaanse was penalised for collapsing the scrum. Jantjies made no mistake to score.

Andries Coetzee added to the score-line after Jantjies broke the line through a clever dummie just before he made contact with the Kings defence, he off-loaded to Coetzee who burned down the cover defence for the try.

The Kings finally ticked their side of the scoreboard over as Jantjies had men all around him but instead gave it flat to Kings centre Stefan Watermeyer ,who intercepted the ball and jogged in the Kings second try.

The flood gates were officially opened when reserve hooker Armand Van Der Merwe broke the Kings line by his own 22 metre and charged down-field before giving a pass wide to Ruan Combrinck, who gave it inside to Sylvian Mahuza who scored the try.

Skosan scored another five pointer after Howard Mnisi gave an incredible off-load around the defender, to Janse Van Rens Burg who swung it wide to Mahuza and then as if playing with cones at practice to Skosan, who dotted it down.

The Kings did get a consolation try after the buzzer after Kevin Luiters took it quickly, played it wide and found Schalk Ferreira who crashed through the Lions defence and scored.