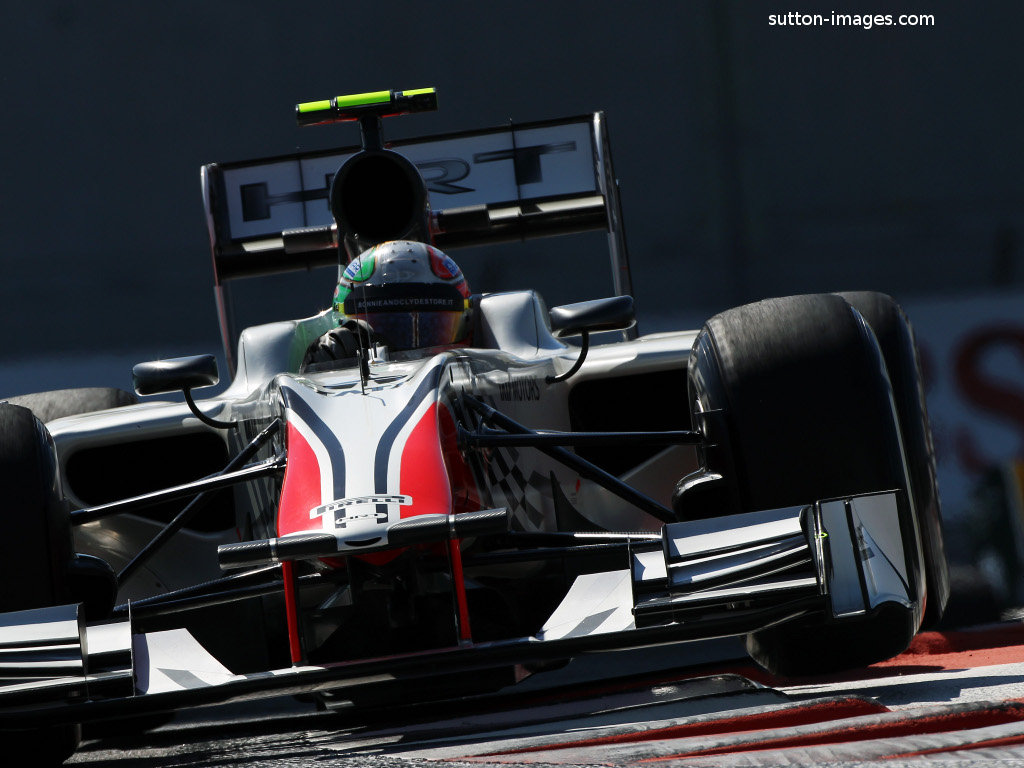 Despite having a contract with HRT, Tonio Liuzzi says he could yet to dropped in favour of another driver as the situation is “very vague”…

Despite having a contract with HRT, Tonio Liuzzi says he could yet to dropped in favour of another driver as the situation is “very vague.”

Liuzzi joined HRT at the start of last season having signed a three-year contract with the backmarker outfit.

His first season, though, was anything but a success as the Italian failed to destroy his team-mates, even rookie racer Daniel Ricciardo.

And as for his second season, Liuzzi isn’t sure that will even happen despite having a deal in place with the team.

“At the moment everything is very vague,” the 31-year-old told 422race.com.

“The main problem is that the team have no budget, so they are evaluating the way to get the money to have two drivers.

“Now I’m still tied to HRT, because I have a deal for two more years, but everything is still to be defined, because they are looking for sponsors.

“For sure they would like to keep both me and Pedro (de la Rosa), but we are still in standby.”

The one factor that the Italian reckons may undo his chances of staying put is sponsorship.

“I’m fully part of the project at the moment, because I’m still a team driver. I’m aware that things may change any minute, as it can change in all other teams,” he said.

“Currently the deals are worth very little, because a young driver with money can always come and buy the seat. That’s how it works.”

But should he not succeed in retaining his HRT race-seat, Liuzzi says he is willing to move over to another outfit as their third and reserve driver.

“We are evaluating because it’s a decision to make. For sure when the situation changes at the last minute it isn’t easy to find places in top teams.

“Now I’m sure I will stay involved with HRT, but we will see. Things may change before the start of testing.”