Home Uncategorized Liuzzi: Maybe even ahead of rivals 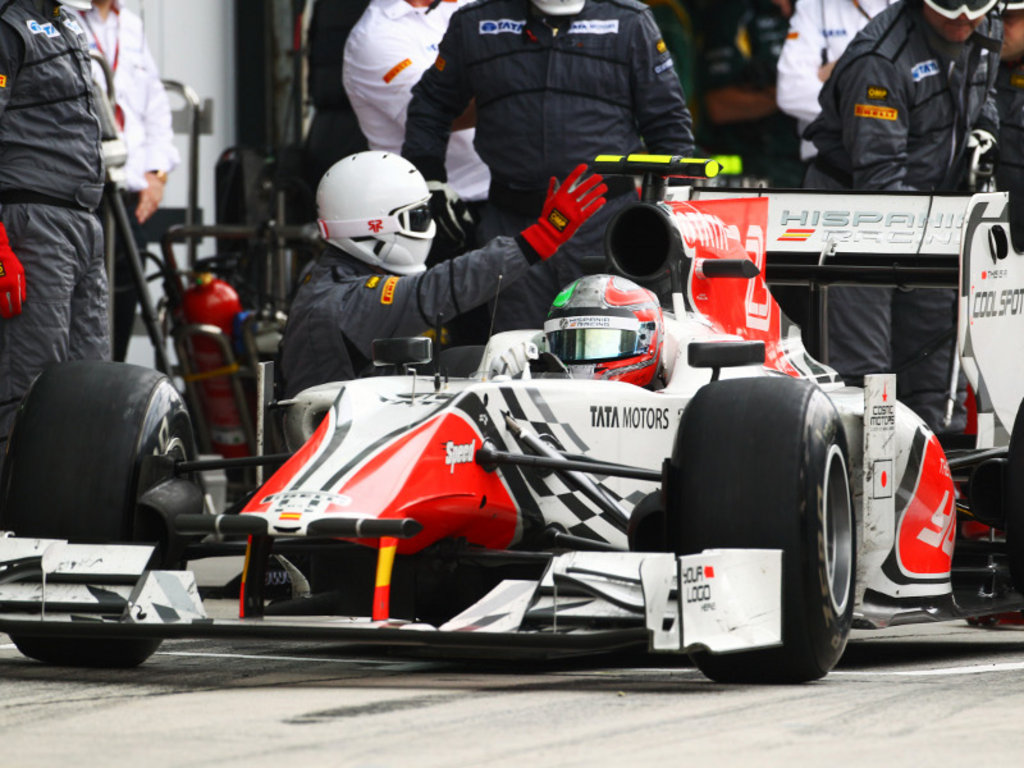 Tonio Liuzzi is feeling confident ahead of the Chinese GP as his Hispania team have a much better understanding of their new car.

With their 2011-spec wing attached to the car, both Liuzzi and his team-mate Narain Karthikeyan qualified for the last race, the Malaysian Grand Prix.

Liuzzi, who was P23 in qualifying, was a full second clear of the 107 percent qualifying time and only half a second behind Virgin Racing’s Jerome D’Ambrosio.

The Italian’s performance on Saturday was a massive confidence boost, so much so that he reckons Hispania may even leapfrog their backmarker rivals in qualifying for the next race in China.

“After the weekend in Malaysia we are lot more confident heading into this race. We are confident the team will work better, we’ve got a lot more data to work on and have a better idea of what the car needs,” Liuzzi said.

“We also have some upgrades which will help us be quicker and get closer to our competitors. We are aiming to qualify closer to our main rivals, maybe even ahead of them.

“Once again we are targeting finishing the race and getting more information on the car in order to be better prepared for the European races.”

Team boss Colin Kolles added: “We’ll be looking to make the most of our new parts on the car.