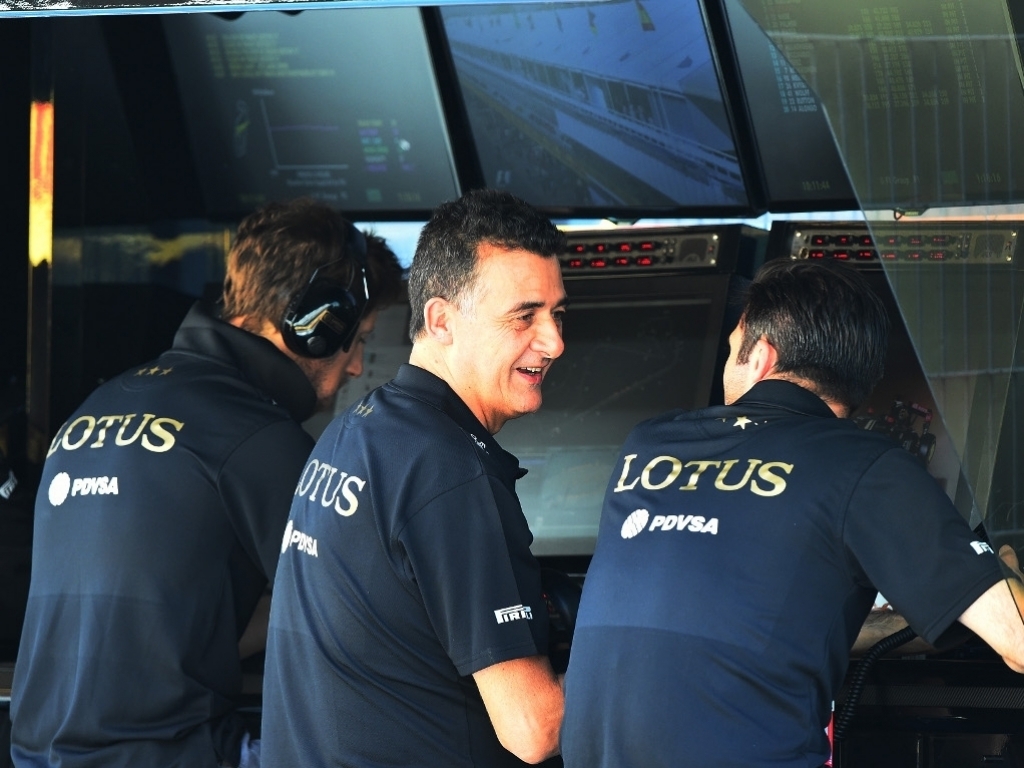 Lotus have a "pretty good idea" of who will line-up alongside Pastor Maldonado for next year's championship.

With Romain Grosjean heading towards the exit as he prepares to move to Haas at the end of this year, the hunt for his replacement continues.

Several drivers, including the recently released Kevin Magnussen, Jean-Eric Vergne and Jolyon Palmer, are in the frame.

For now, though, deputy team principal Federico Gastaldi is refusing to even hint as to who it might be.

"The remorseless passing of time means that you always get closer to something in the future, so yes, we are closer to making an announcement," he said.

"I would say something will come sooner rather than later.

"We won't be disclosing who it is before we announce it, but we certainly have been speaking to drivers with good provenance and we have a pretty good idea who we will have in the car."

But while Lotus may still be undecided on their line-up, Formula 1 has all but named Pirelli as its tyre supplier for 2017 onwards.

The Italian manufacturer has agreed a handshake deal with Bernie Ecclestone that just needs to be ratified by the World Motor Sport Council.

Asked for his thoughts on Pirelli's continued participation, Gastaldi said: "It's great to get this confirmation.

"Pirelli have put a lot into Formula 1; not only through their on-track activities, but also through their marketing and activation in the world at large. Formula 1 needs strong, proactive partners and Pirelli is certainly one of these.

"They're also a great bunch of people to work with, clever, funny and good looking. I hope that this is enough praise for the team to be rewarded with some extra special tyres for Austin. Conspiracy theorists please note; that last sentence was just for fun."