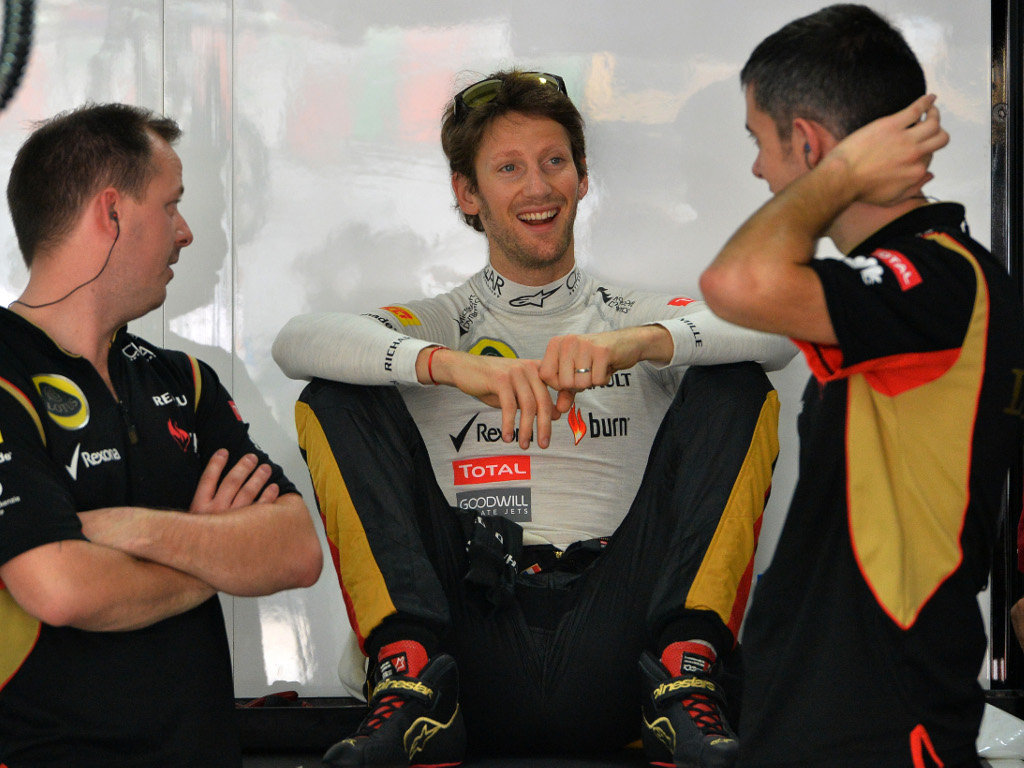 Romain Grosjean will remain at Lotus for the 2014 season with team principal Eric Boullier revealing they are just waiting on the team’s owners to confirm the deal.

The Frenchman has really upped his game since it was announced that Kimi Raikkonen will leave for Ferrari at the end of the season, claiming three consecutive P3s, which included coming from 17th on the grid in India.

His form really left Lotus with no option but to retain him for next year and Boullier says it’s a done deal and they just need to get the go-ahead from Genii before making an announcement.

“All the boxes are ticked, all the lights are green, and he has signed for next year,” Boullier told Autosport.

“We just need to make sure that we have confirmation [from Genii] as soon as possible.”

Lotus appear to be no closer to signing their second driver as Williams driver Pastor Maldonado has reportedly joined Nico Hulkenberg on the shortlist.

Boullier admitted in India that he would “love” to sign Hulkenberg, but finances may well dictate who ends up as Grosjean’s team-mate as Maldonado will bring his main sponsor, oil company PDVSA, with him.