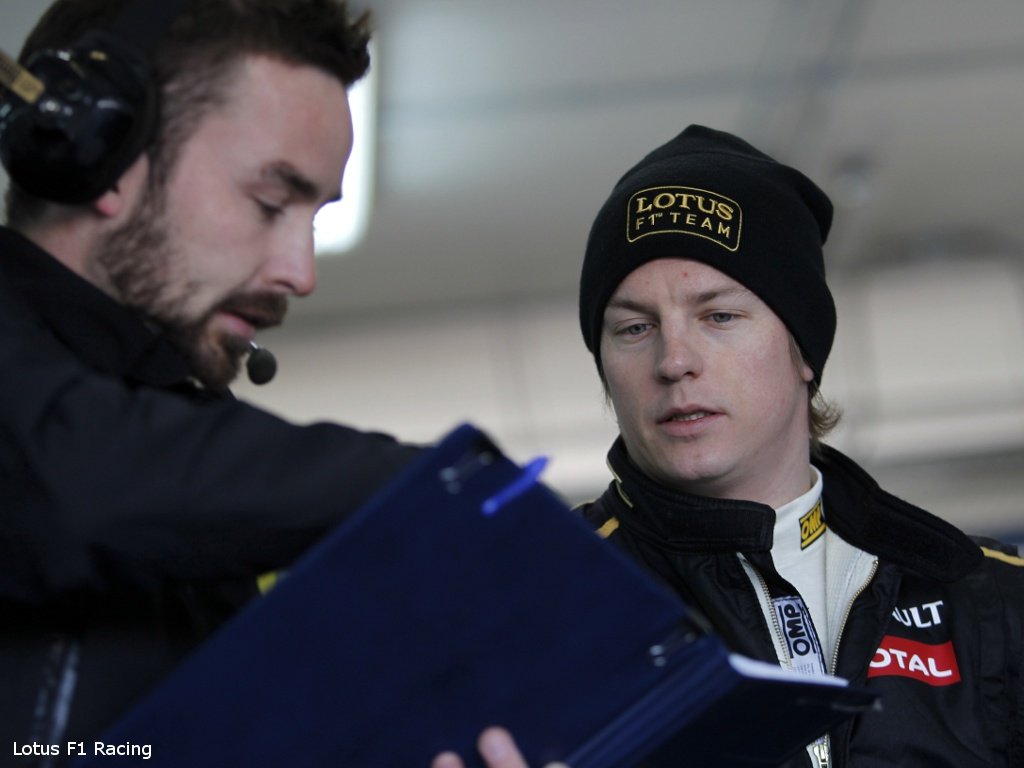 Lotus’ trackside operations director Alan Permane admits he was pleasantly surprised by Kimi Raikkonen’s performance on his first day back in F1.

The Finn began a two-day testing run in a two-year-old Renault R30 on Monday and got in a fair number of laps under his belt at the Ricardo Tormo circuit in Spain. It was the former World Champion’s first run since leaving the sport after the 2009 season.

Permane reveals that the Raikkonen was impressive from the outset.

“From the first run he was pretty much there,” Permane told the BBC.

“It’s very difficult to know where he should be but he was pretty much on the pace on the first run. He didn’t find a whole lot of pace during the day.

“I don’t see any reason why he won’t be on the pace – you can tell he’s a very, very experienced driver.

“It was very clear we were working with a former World Champion. It was a good day.”

Often criticised for his poor relationship with the media, many of whom perceive him as being curt and cold, Permane insists that the 32-year-old works really well with the team.

“He must have two faces – one for [the media],” said Permane. “He’s perfectly normal.

“He was very happy to sit and talk about the car for as long as it takes. He’s very open.”