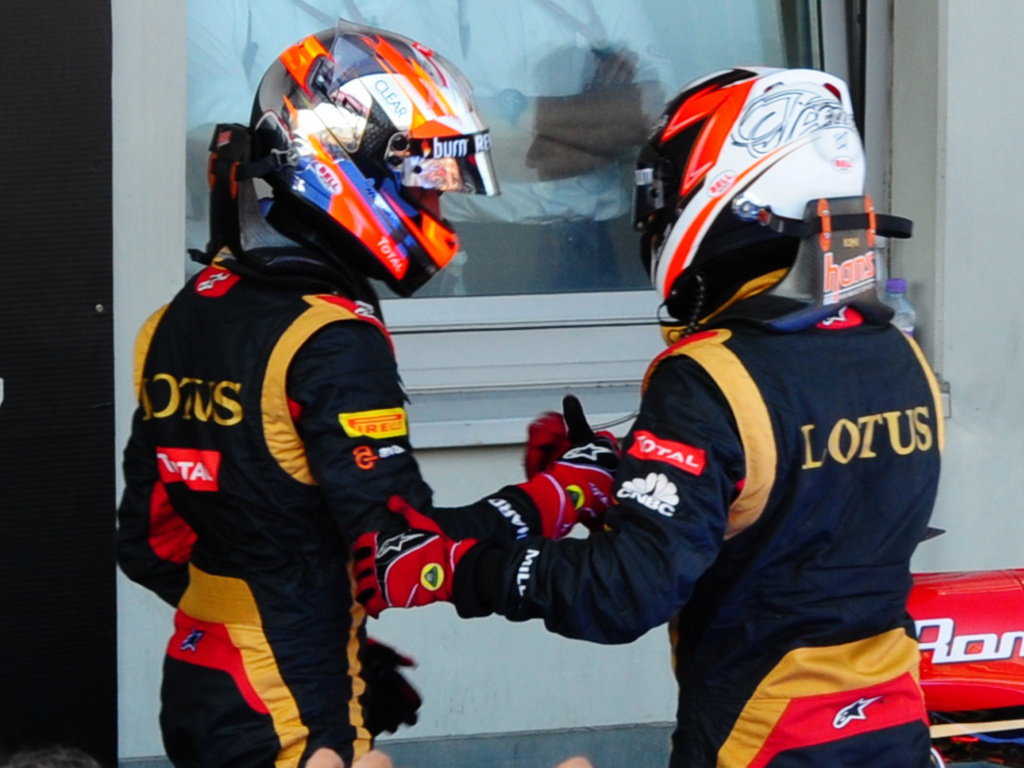 Lotus team principal Eric Boullier feels Kimi Raikkonen’s apparent poor form in recent races is down to Romain Grosjean being “back in the game”.

Raikkonen dominated the early season team-mate tussle at Lotus and held a lead of nearly 100 points over Grosjean at one stage, but the Frenchman has bounced back magnificently in recent races as he picked up podiums in Korea and Japan.

There have been suggestions that Raikkonen’s drop in form is down to the fact that he has secured a move back to Ferrari next year, but Boullier sees things differently.

Asked by Autosport if he felt Raikkonen’s interest had waned now that he was leaving Lotus, he replied: “Not at all. I don’t think so.

“I think it is more about Romain, who came back in the game. If you remember last year, Romain was very much up to speed but, if I may say this, then his spirit went down and he lost ground a little bit. But Romain is now back.”

After falling well off the pace of Red Bull, Ferrari and Mercedes during the middle of the season, Lotus have upped their game and they are now back in the race for second place in the Constructors’ Championship.

“What we brought during the season delivered the performance expected,” Boullier said.

“It is true it was a bit of a gamble, but I am proud of what we could achieve with the long wheelbase package – which is not only about the wheelbase but also the aero around it.

“It is good to see that the new processes we put in place, including the driver in the loop simulator, look like they work.

“It is good to see that we could raise our game a little bit to improve the car in qualifying and keep the characteristics of the car for the race.”