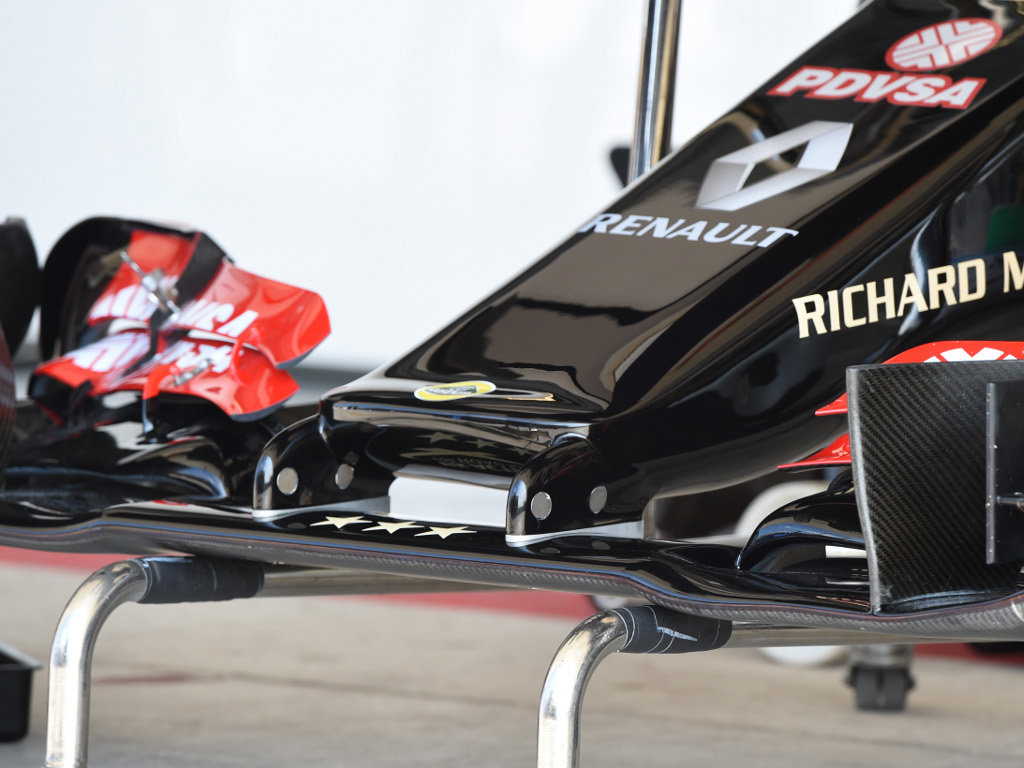 Lotus’ plans for next season are pressing on in a “more normal timeframe” than what the team experienced with this year’s E22.

While many changes to the sport’s regulations played a role in the timeline for the E22, stability in next year’s rules have meant the 2015 projects have been only a year in the making.

With the usual timeframe to the design and build of next year’s E23, technical director Nick Chester says work is on schedule, adding that the first car will be built in early January.

“We started working on the 2015 project in January this year,” said Chester. “Each year, I define a development graphic according to our needs and to the regulation changes for the following year.

“At first we tend to have smaller groups of people working on next year’s project. These groups then grow as the season goes by. We have various cut off dates throughout the year: when certain parts need to be released by the aero department to go to design and then from design to production.

“Our first chassis is being laminated now and we will gradually produce all the parts for the car. We will be starting to build the E23 in early January. The overall timeline is around a year turnaround.

“A more normal timeframe than the one we had for the E22 which we started developing over two years prior to the launch as there was a lot of prototype tests to complete.”

There is, however, one major change that Lotus will need to incorporate in next year’s car and that is the Mercedes engine.

The team announced earlier this year that they were swapping Renault power for Mercedes units, by far the best 1.6-litre engine on the current grid.

Chester said: “There are a number of differences that we need to take into account like the packaging, the heat rejections, and the cooling requirements. At the same time, had we continued with Renault Sport F1, there would also have been modifications in the package for 2015.

“My feeling is that it won’t represent significantly more work. It is more a matter of adapting to a new type of packaging and different requirements. In some ways, it will be relatively painless as Mercedes are quite fixed about what they need for their power unit installation. It means that there won’t be too many iterations, at least less than when the V6 was introduced last year. It is a more defined programme.”