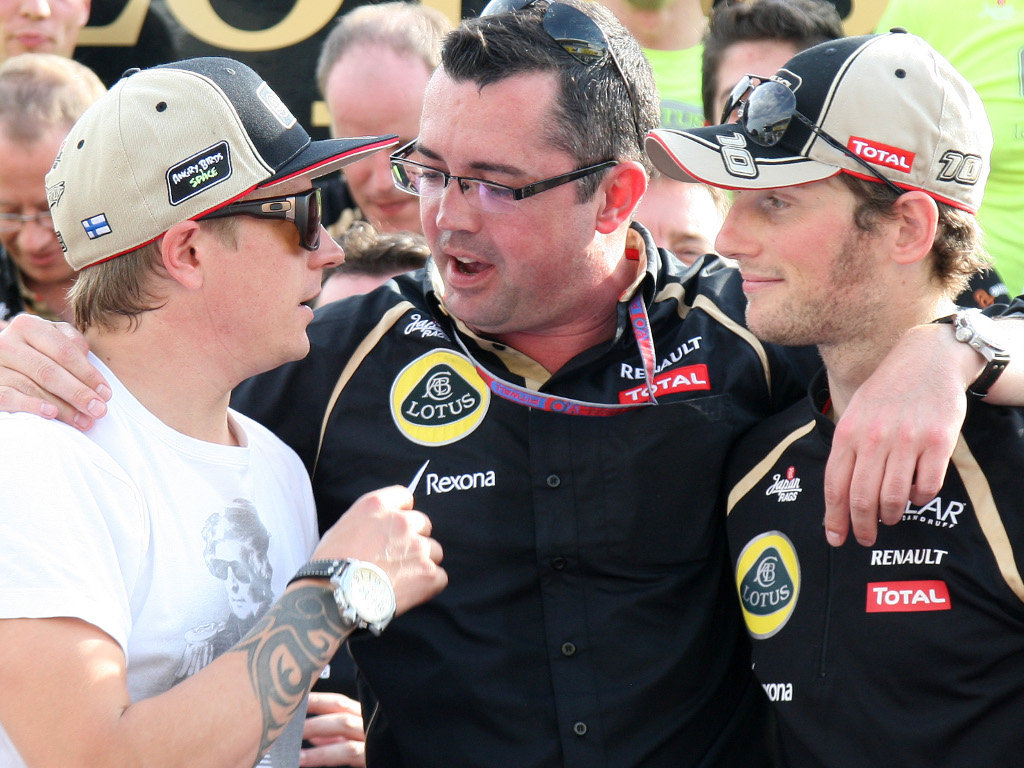 Kimi Raikkonen and Romain Grosjean will continue to fly the flag for Lotus next season, according to team boss Eric Boullier…

Kimi Raikkonen and Romain Grosjean will continue to fly the flag for Lotus next season with Eric Boullier revealing his line-up will remain “pretty much the same.”

Both Raikkonen and Grosjean joined Lotus at the start of this season in what is proving to be a successful partnership.

While Raikkonen is fighting for the Drivers’ Championship title, Grosjean – despite a few hiccups along the way – has helped his team enter the battle for third in the Constructors’ Championship.

Asked by the official F1 website about his 2013 line-up, Boullier said: “I think it will look pretty much the same as what we have this season. With Kimi we have a two-year contract, with an option.”

Pressed as to how, if there was no contract in place, he would convince Raikkonen to stay put, the Lotus team boss said: “First of all you need to make sure that your drivers want to race for you and that should answer your question. I would say that Kimi feels very good here.”

And feeling good is showing in the Finn’s results as, with six races remaining, the 2007 World Champion is third in the standings, 45 points behind Championship leader Fernando Alonso.

But while the title would be great for both the 32-year-old and Lotus, Boullier admits runner-up would be a great result for the team.