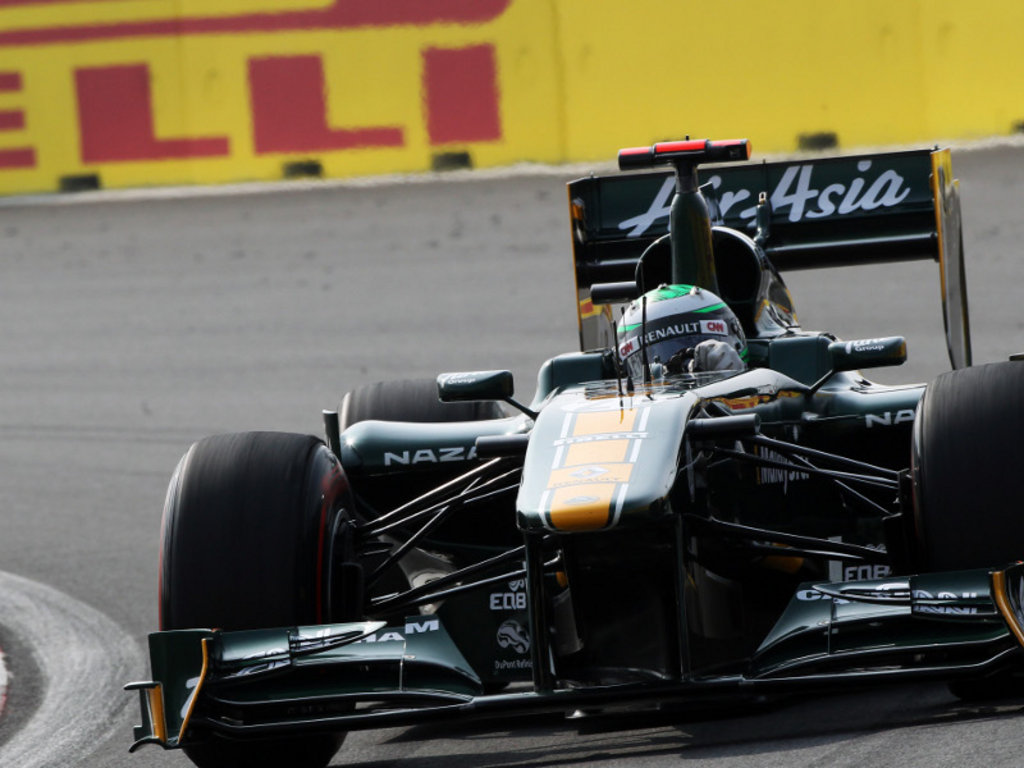 There is a positive vibe in the Team Lotus camp ahead of the Abu Dhabi GP after a good showing in India and some positive news off the track.

Heikki Kovalainen: “Two races left and we are going to two of the better circuits on the calendar. Abu Dhabi’s not a hugely challenging circuit to race on, but the timing of the sessions and the fact we are running as the light’s fading on Sunday makes it pretty cool for the fans and on TV. The first sector is reasonably quick – if you see the cars turn in to T1 after the start finish straight you can get an idea of just how fast an F1 car can change direction, and from there you pick up pace through turns two and three, pushing the aero performance of the cars. After that it’s a bit stop/start until the long straight down to T8 where there is the first clear overtaking opportunity. T11 is the next place you can pass people, and then it all gets a bit fiddly as you go around the hotel – I’m sure it’s pretty spectacular for people watching the cars while they’re having lunch, but it’s several low speed corners that push the car on traction, but aren’t too challenging from inside the cockpit.”

Jarno Trulli: “I’m looking forward to Abu Dhabi – I’ve had a run of bad luck in the last few races and I hope I can turn that around in Yas Marina and help the team make sure we get that tenth place this year. The circuit’s not the biggest challenge of the year, but the facilities are great, the track surface is grippy and if you get a good balance you can really push, in the high speed sector from T1 to T7, and around the twisty bits back up to the start line. We saw last year that it’s very hard to overtake around the Abu Dhabi track but DRS and the way the Pirellis have performed all year will definitely change that – the run down to T8 where the DRS zone will be activated will definitely see a lot of passing and I want to make sure I’m up there with the teams we’ve been fighting with in the last few Grands Prix and racing all weekend.”

Mike Gascoyne – chief technical officer: “We left India feeling very good about how we attacked the first race at the Buddh International Circuit, and having had such a warm welcome in India. We are obviously having a very strong end to the season and it’s good for the whole team to see us being able to fight the likes of Williams, Sauber and Renault when the lights go out on Sunday. All season we have seen that when we get the tyres up to temperature we are in a position to push the cars ahead, and while we have not yet been able to do that in qualifying, we have given the race drivers a package that they can use on Sunday afternoons and give the fans something to get excited about. One fact that came to light after the race last weekend was that we set our quickest ever pitstop time in India, 3.3 seconds, which is light years from where we were back at the start of the season. That sort of attention to detail is what separates the quick from the really quick and it is down to hard work, practice and attention to detail from the pitcrew that they can now make such crucial contributions to our race performances. The goal now to is keep that up in Abu Dhabi which is similar to a number of the other circuits we have been quick at this season, so I see no reason why we can’t have another strong weekend in Yas Marina before we head to the final race in Brazil.”

Tony Fernandes: “This has been a long, hard season, but I am pleased that we are heading towards the end on a good note on and off track. Our race performances in Korea, Japan and India have been very encouraging, both in the cockpit and in the garages, and they are a pointer to where we can build on for next season when we have to take another step forward. Off track all the pieces are falling into place and we have now taken full control of our own destiny – I am absolutely certain that what we are putting in place gives us the very best platform to guarantee future success, both in our motor racing and broader automotive interests, and when you consider what we have already achieved, against the background of so many uncertainties, I think we can guarantee that we have a very bright future. We will be making full announcements about all the developments we are working on in due course, but for now the focus is on Abu Dhabi and Brazil and keeping up the momentum we have built up all season.”