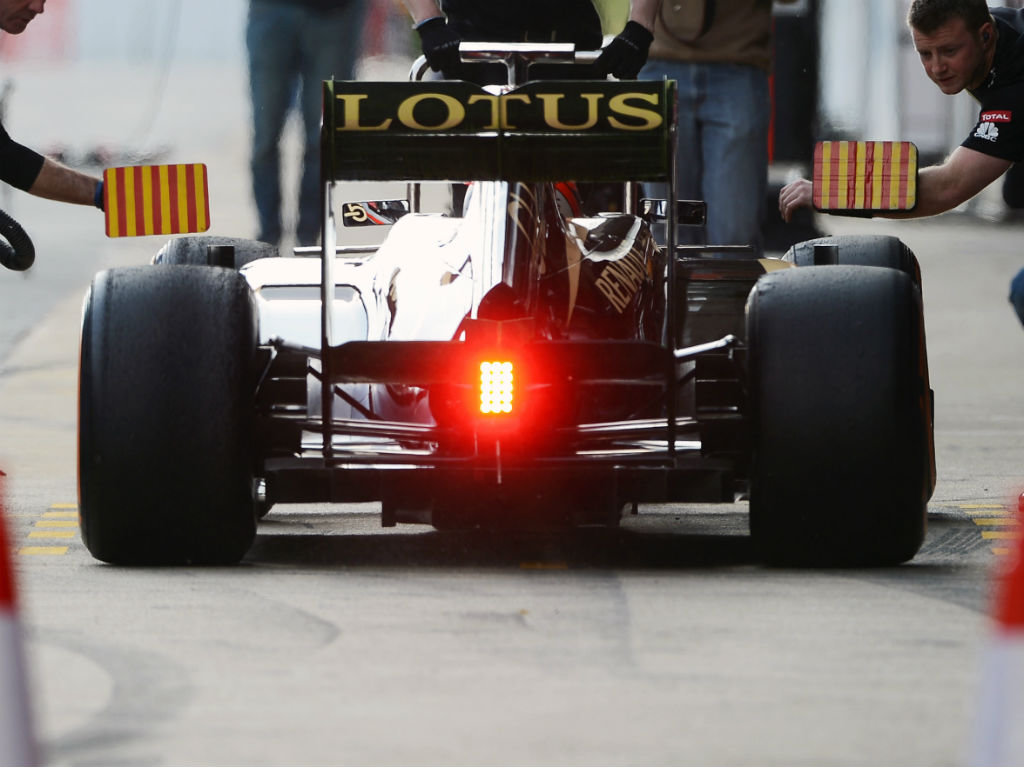 It is the first race of the 2013 season and naturally Lotus duo Kimi Raikkonen and Romain Grosjean are excited to get going in Melbourne.

Q. Albert Park is upon us and testing didn’t quite go to plan for you; how are you feeling at the start of the 2013 Formula 1 season?
KR: “We had some problems in testing but we still completed quite a few laps. Of course, you always want more laps, but it is what it is. We’re all going racing and then we’ll really see where we’re at. I’m not really concerned about reliability or anything like that as it was the same problem which caused us the biggest problems in testing and we’re on top of that now. You can never be 100 percent certain of course, but if you look at last season we had problems before the start of the year then we were pretty good when we got to the races. Of course we hope that we can perform better than last year, but let’s see how it goes.”

Q. Do you feel better placed to fight for the championship than last year?
KR: “Hopefully, but it’s so difficult to say from testing. Twenty kilos of fuel can make a big difference to lap time and we don’t know how much fuel people were carrying in Spain. Let’s see what happens in Melbourne. Hopefully we can be fast in the first races and have a good start to the year.”

Q. You’ve said the E21 is a nice step forward from the its predecessor; is that across the board and in every area, or is there more you want from a racing car?
KR: “I think you always want more, but this car is a pretty good starting point and we’ll see; hopefully we’re fast enough. I don’t think there’s any area where it feels worse than last year’s car; so far everything is better. We had good speed last year, but not enough to win the championship. That means we need more speed this year. If we can get just a little more from the car and keep our consistency, with some better results at the beginning of the year, then we should have a much better chance.”

Q. It’s your second year with Lotus F1 Team; does that continuity help you and your feeling with the team and does it mean you are working well together?
KR: “It helps for sure, but if it’s going to make a difference, well I don’t know. The fact that we know each other already will be better – you know each other and what the other driver likes from their car and so on – but if this actually helps to bring better results to the team I don’t really know.”

Q. What would you like to achieve in Albert Park?
KR: “I’d like to start the season strongly and hopefully run the first races better than we did last year. We don’t know exactly what to expect so we’ll try to do the best we can; we should have a reasonable start to the season.”

Q. You’ve had some good races in Australia; is it good to be starting the year there?
KR: “Australia is a nice place even though it’s a long way from Europe. The circuit itself is not the most difficult on the calendar. It was good to score a point on my first time at Albert Park, and the podiums and race win in 2007 obviously made me happy. The circuit hasn’t changed at all so I’m confident I know which way it goes…”

Q. Do you think Albert Park could suit the E21?
KR: “It’s always difficult to say for the first race of the year. It’s not a full time race track so the weekend starts pretty slippery. The weather can be a bit of a surprise sometimes and we’ll also learn how we compare to the other teams. You need a car with good traction and the E21 feels better in this area than the E20 which wasn’t a bad car itself. Strong turn-in and stable braking help too, and those areas also feel good with the car so we are well placed.”

Q. Next stop Albert Park and we’re looking ahead to the 2013 season; how are you feeling?
RG: “I’m really looking forward to the 2013 season; it’s been a good winter for us and we achieved quite a bit of what we wanted to do, even if the conditions were not always easy. We’re ready for Albert Park, it’s one of my favourite Grand Prix circuits, so it will be good to get there, start the season and do the best that we can.”

Q. We saw last year that the E20 was somewhat of a dark horse and that then carried on through the year; how does this year’s car feel in comparison?
RG: “It’s a good continuation of the E20 and definitely a step forward; the team have been working hard and are doing their best to give us a good car. The answer will only be clear after qualifying in Melbourne; we looked quick during winter testing but it’s always different to race weekends, so let’s see what the first race brings us. Hopefully it’s a good surprise, as was the case last year, and I’m sure we can have a very good season.”

Q. Last year you impressed with P3 on the grid in Australia, on a circuit you’d never raced on before. What’s your feeling as you look to the first qualifying session of the 2013?
RG: “I obviously have much more experience than I did heading into last year and I’m looking forward to the whole season. I will try to put all the work I have been doing together with the team and turn that into good performances on track. I feel much more comfortable as I approach the 2013 season. Last year there were some highs and some lows, so the idea now is to keep up the performance that I’m able to show and bring some consistency which needs to be there every time. We know what we want and we’ve had good discussions through the winter, so we’ll all looking to start the season with a clear direction.”

Q. How much benefit will the continuity bring?
RG: “I think consecutive seasons in any category is good from two points of view. The first is with the driving itself; you’re restarting a season so you know the circuits, you know the cars, how a race weekend works and what you should and shouldn’t do. Then, there is the continuity with the team, which is another point and one that’s quite important as well. As we go to Melbourne we’ll know the set up we used from last year and we can work from there. All our engineers are the same and the way we approach the data is familiar. From this standpoint we can really work well and keep everything we’ve been learning together. During testing I also had to the chance to run with Kimi’s engineers which was very good. We are a team and we’re working together; there’s nothing that is hidden or not shared between us.”

Q. You’ve been with the team for quite a long time now; what is the feeling within the garage as we head into the 2013 season and where are our strengths?
RG: “This team has so