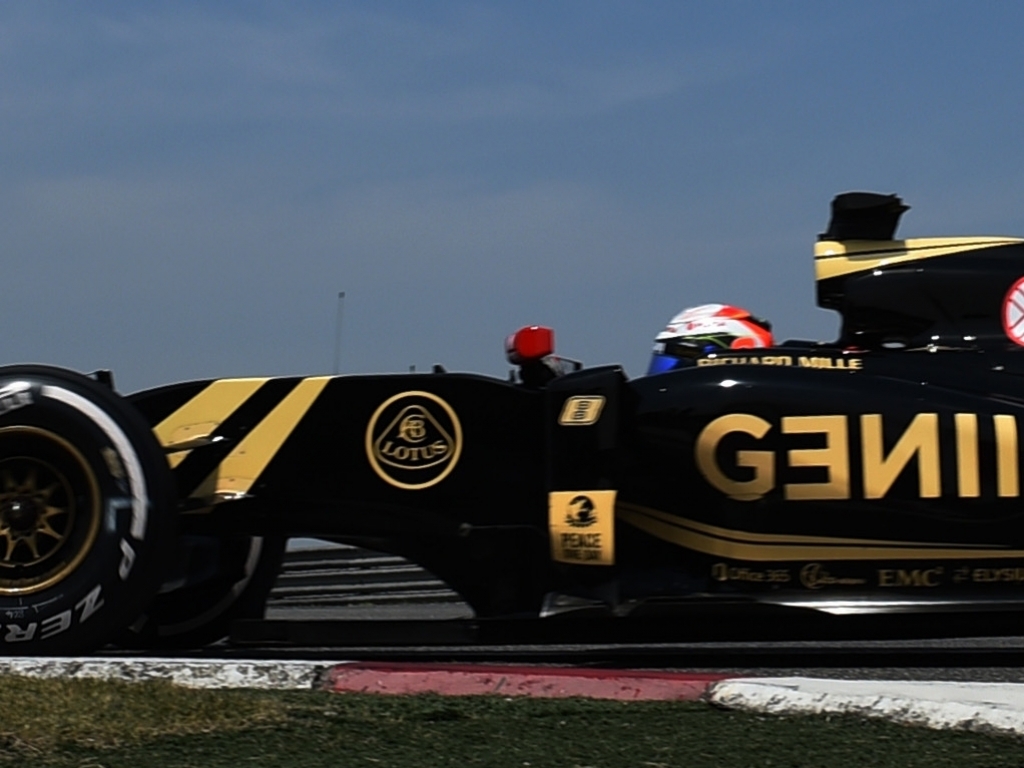 Romain Grosjean
Q: How was your Montréal weekend?
RG: We were delivering strongly for most of the weekend. Qualifying was pretty satisfying and the car felt good on Friday and Saturday. In the race we had more work to do and we didn’t seem to have the same pace from the car that we’d seen on Saturday, but certainly when we changed to the soft compound tyres we were showing good lap times. We were looking pretty good for a decent finish but then there was contact with the Manor and we were lucky to fight back to tenth position.

Q: What happened with lapping manoeuvre?
RG: It’s always difficult passing cars that are a lap down as you catch them very quickly then can’t be certain when they’ve seen the blue flags then when and how they are going to let you past. I thought the performance differential at the part of the track where I passed Will Stevens was greater than it was. I thought I was comfortably past so I was focused on the entry to the next corner. I was very surprised at the contact and really thought that he’d run into the back of me. When I watched the incident on the replay after the race it was clear that I’d made a mistake and I immediately apologised to the team as they put in so much effort into the car. I didn’t see Will straight after the race but will speak to him in person in Austria. It’s certainly not a mistake I will make again.

Q: What do you think of the Austrian Grand Prix?
RG: It’s a fantastic location and a great circuit. The mountains and the fresh air remind me a bit of Switzerland and the track is pretty exciting. It’s not a long lap but it has good character. You’ve got a reasonable start-finish straight, then and uphill section where we’ll appreciate the power of our car. Braking into turn two is fun as it’s uphill so you can brake later than you would otherwise. There’s a second DRS zone then some medium speed corners and you’re back to the start-finish again. Certainly last year we struggled, but this year’s car is so much better that I’m really looking forward to being able to push hard all weekend.

Q: Austria was a difficult race weekend last year, where are the improvements for 2015?
RG: We have a lot more potential to do well this year. Last year was the first time at the track for Formula 1 in over a decade and we were doing a lot of learning of the circuit and set-up as well as struggling with a lot of issues with our car at the time. We couldn’t get on top of the tyres and we didn’t have the right package for our brakes so it was a frustrating weekend, not to mention with some reliability issues too! This year we should be so much better placed and I’m really looking forward to being able to attack the track.

Q: How are you looking forward to the rest of the European season?
RG: We’ve got some great races ahead and it’s nice to be in Europe for a spell too. It’s no secret I’m not a fan of jet lag and it took a little time to get acclimatised after our trip to Canada. With the shorter travel times for the next five races you can spend more time with your family and more time in the factory too. You also feel fresher without the long flights and time zone differences. I like the next five races and the team seems confident that they should suit the car which is really positive.

Q: It’s Le Mans this weekend, will you be watching?
RG: It’s a race I’ve visited many times although I’ve only competed there once in 2010. It was in a Ford GT and we qualified third in class but had to retire after 171 laps. Certainly, I’d like to have a go again at some point in the future. It’s a great event and holds a lot of interest across France as well as in the rest of the world. I’ll be spending the weekend with my family but I’ll certainly be watching from afar.

Pastor Maldonado
Q: Do you like the Red Bull Ring?
PM: It is an interesting circuit and one I enjoyed visiting last year, even if it was a weekend where we didn’t have the best of results. I think we have much better potential this year with the car and we’ve been looking quite strong recently. It’s great to be able to visit a different type of location for a Grand Prix and the event was really impressive last year; I’m looking forward to returning.

Q: How does it feel to finally open your points account for 2015?
PM: Of course it’s good and there’s a lot of potential yet to come. There are twelve races left in the season so still a lot of opportunity to do well. It’s been frustrating waiting for a points finishing race to come, but now it’s happened it’s like the monkey is off my back and we can push forward for a good season. Certainly, it was a positive weekend for the team in Canada and there’s still lots of potential in the season ahead

Q: How was the Canadian Grand Prix for you in the car?
PM: It was quite an uneventful one and one where I had to do a reasonable amount of managing behind the wheel especially as we went so long on one set of tyres. We weren’t sure how we would be with the tyre degradation, but actually the car felt fine. Of course, I couldn’t push flat out as we wanted to keep to a one-stop strategy as that offered the best opportunity for a good result, but everything worked as we wanted it to. It was good to have an uneventful race and finish in the points.

Q: What was the team’s reaction to you getting those points on the board?
PM: There was a fantastic reaction from everyone in the team and it was great to be part of the team at that moment when I walked back to the garage seeing how everyone was happy for me. Everyone has worked so hard this year and last year too, so it’s really great when you finish a race in the points. This is what we want to do at every Grand Prix and what we want in Austria next

Q: Do you feel that yourself and the E23 Hybrid are a good combination this season?
PM: I think we are a good combination. We do have a good car this year and it’s one which we seem to be able to get working well at different tracks. We know it’s not the fastest car as the Mercedes performs exceptionally well, but it’s one which we can push hard and put up a fight. The other positive is that we seem to be getting on top of all the small reliability issues we had earlier in the year so there’s potential for us to score good points in the races ahead.

Q: What will you be focusing on in Austria?
PM: Just like any Grand Prix we’ll be looking to get the maximum from the car. You need good power in Austria especially with the decent hill there. There are a couple of straights and we’ve been looking good through the speed traps so hopefully we’ll keep that pace. If we can qualify well we should have a great race.

Q: Do you know how to yodel?
PM: This is not something which comes up in our simulation programme but I’m happy to give it a go! Last year’s race in Austria was a great event and left me wanting to see more of the area so why not try some of the local customs!