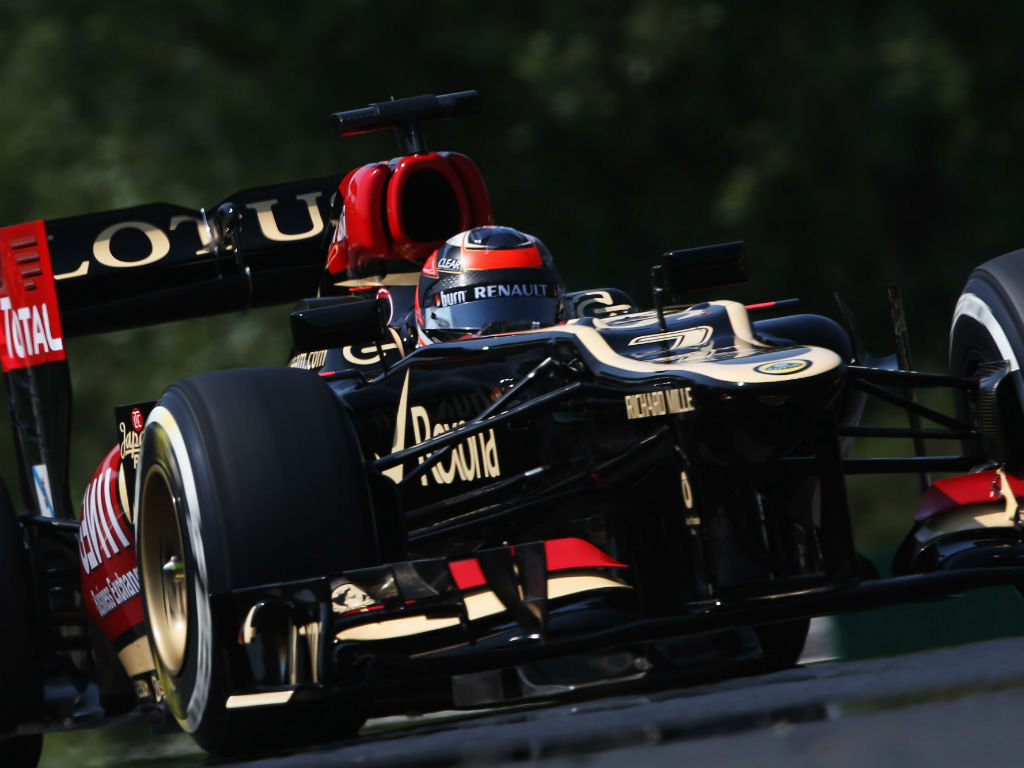 Kimi Raikkonen:
Q: You were second in Budapest before the summer break; how good would it be to go one step better at Spa?
KR: Usually I’ve achieved a good result at the Belgian Grand Prix, but what has happened there before doesn’t help me right now. Of course, it doesn’t cause any harm either and it would be great to win at Spa for a fifth time. Extra points are always good and if you win the race no-one scores more points than you.

Q: How has your history been at the circuit?
KR: For me there have only been good memories from Spa and it’s great to go racing there. You can’t get the same kind of a feeling anywhere else. It’s great to race with a modern racing car at a proper circuit which has such a great tradition.

Q: What are the challenges of the track and should it suit the strengths of the E21?
KR: Spa offers very challenging high-speed corners and you need to get the right set-up for the car. As we’ve seen so many times this year, a good grid position is extremely important. It will be very decisive at Spa too, even though it is maybe easier to overtake there than at some other tracks. It’s crucial to have a good car aerodynamically to tackle the fast corners and it’s a long lap, so to get the right time you really need to maintain the best rhythm. So much depends on the qualifying result, so we need to find a decent set-up on Friday and Saturday and have a solid qualifying session on Saturday afternoon. I don’t know how it will suit our car this year. Last year we were not very strong there. I think we know the reasons and for sure our car is better this year, but is it good enough to be fighting for a win? We will see on Sunday.

Q: Why has Spa been so good to you in the past?
KR: Sometimes there are certain circuits where everything seems to run smoothly, and then there are other circuits where I have no luck at all. Of course, we will do our very best to win this race. I have been on the top step of the podium a few times at Spa and I want to be there again.

Q: Does this make Spa one of your favourite tracks?
KR: I bet every driver likes Spa. For me it is the greatest racing circuit in the world. It is my favourite place. I have liked the place since my first ever visit there in 2000 with Formula Renault.

Q: How are you feeling about your championship position?
KR: I am now back in second which was a good way to enter the summer break. I finished ahead of Seb [Vettel] in Hungary so obviously scored more points than him there. To beat him, we need to be winning races and if we keep finishing second like we’ve done many times this year it’s probably not going to be enough for the championship, but you never know what might happen.

Q: Where can improvements be found?
KR: Well, obviously I keep making my life difficult on Saturdays in qualifying so then we pay a price, but we still have a good car in the race. Now we have tyres that are a little bit different we have to understand exactly how to use them. We made progress in Budapest so it should be easier in Spa, but that will be the same for everyone. To win, it’s always better to be starting near the front.

Romain Grosjean
Q: What are your thoughts about Spa-Francorchamps?
RG: What a track; it’s fantastic! It’s a superb rollercoaster of a circuit, then there’s the added bonus that they speak French meaning it’s almost another home race for me after Monaco and Canada. It’s going to be good. If we have the pace we displayed in Budapest at a more normal circuit with better overtaking opportunities – and a bit wider track too – then I think good things could well be possible.

Q: How is your feeling with the E21 now you have half a season behind you?
RG: Certainly in the last few races I have felt very good in the car and have been able to push in qualifying and the race. It’s a good place to be heading into the second half of the season where there are very good opportunities for some great results.

Q: How do you think the E21 should suit Spa’s challenges?
RG: It should fit our car pretty well. In fact, the second half of the season looks good overall in terms of how the tracks should suit the E21. Hopefully we’ll have everything we need to win races. I’m looking forward to it as it’s a special track and I also won the GP2 Series title there in 2011, so it’ll be good for me to be back there again.

Q: If you could sum up these first ten races, what would you say?
RG: That’s a difficult one, but I guess I’d have to say the word ‘potential’ is the key. For sure we’ve had some difficult moments and maybe the results haven’t always been what the team deserved, but the potential for top finishes has always been there.

Q: What’s been your highlight of this year so far?
RG: A much easier question! Not many people know yet, but just after the race in Hungary my little boy Sacha arrived into the world so I am now a very proud father! On track… well, I would like to say the pass on Felipe [Massa] in Budapest – which at the time I thought may have been the best of my career so far – but of course with the penalty I suppose it’s not the same. The podium in Germany would have to be my next choice; not just because it was a great result for the team, but because we were genuinely fighting for the win right to the end which was a pretty good feeling.

Q: And on the flip side?
RG: Monaco was not my best weekend, that’s no secret. The pace was there, but for one reason or another I just didn’t put everything together when really a strong result was definitely achievable. I still owe the mechanics and composites guys a drink for that; hopefully it will be some victory champagne later in the season…

Q: How are you feeling heading into the second half of the season?
RG: Very good. We proved in Germany and Hungary that we can compete right at the front of the grid and I think if we can continue to improve at the same rate we will be looking pretty good for the remaining nine races. I’m feeling more and more comfortable in the car every time I drive it which is certainly a good sign looking forwards. After our performance in the last few races, I honestly believe my first win is now just around the corner.