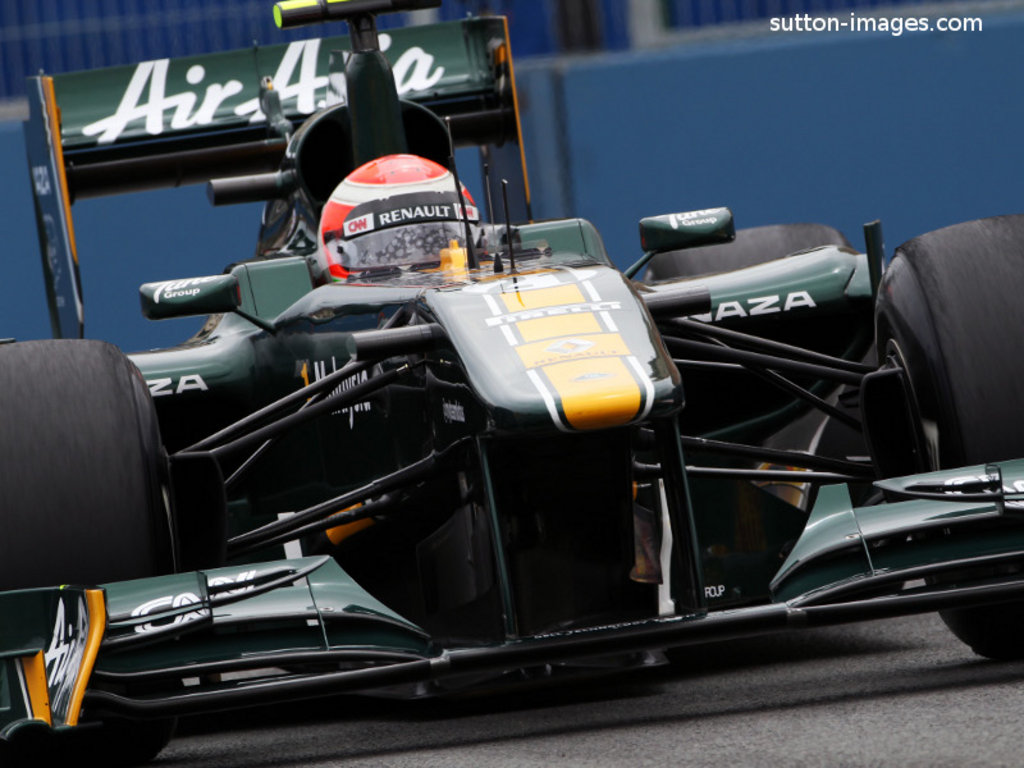 Lotus look ahead to an important weekend in SIlverstone where their partnerships with GE and Caterham get some exposure.

Jarno Trulli: “The British Grand Prix is one of the classic races and one where I have always had a lot of support. Throughout my career the British fans have been very kind to me and since joining Team Lotus the support in the UK has been ever better, so it’s great to be heading back there in the green and yellow for the second year. There are a few obvious changes this time around – we have the Pirelli tyres which have made our strategic decisions critical all season, and with the probable performance differential between the soft and the hard tyres I think qualifying could be pretty tight. Managing the degradation of both compounds will be important all weekend, and if there is a big gap in laptimes between them that could play into our hands – we’ll see. The effect of DRS will also create more overtaking on Sunday than we’ve had for a long time, so hopefully we can take advantage of that and keep taking the battle to the cars ahead.”

Heikki Kovalainen: “Silverstone is our second home race and it’s one of the great drivers’ tracks so it’s always a race I look forward to. There’s obviously a huge amount of history around the whole place and the whole team is looking forward to getting back to another track where there will be big support for us in the stands over the whole weekend. The track itself is a good challenge from inside the cockpit. The first sector is very quick – Copse is taken at over 280kmh and then as you come into Maggots and Becketts where it’s all about staying committed and keeping the car balanced through the whole section, right until the flat-out run up to Stowe. Overtaking was always pretty tricky at Silverstone but the way the tyres are behaving this year and with DRS I think we’ll see a busy race, particularly with the compounds Pirelli are bringing. Whatever happens it’ll be a great weekend!”

Mike Gascoyne: “I think all the signs are that Silverstone will be a good race for us. It’s one of our two home Grand Prix so it is a chance to race in front of our families and friends and after we slipped a little in Valencia it gives us the opportunity to get back to the level of performance that we know we can extract from this year’s car. I do not think the rule changes we will see at Silverstone will have a great effect on the grid order but we have been making preparations for this weekend both in the wind tunnel and in some of the work we have been doing at the straightline test we are running in the UK on Monday and Tuesday this week, so we know what to expect.”

Tony Fernandes: “Back to the UK and our other home race. This is a big race for us, both in terms of track performance where we want to keep bringing down the gap to the midfield, and because we will see the GE and Caterham logos on the cars and across the whole team for the first time. Being able to race with two such important additions to the team is a very big step forward for us – our partnership with GE is a clear sign that one of the most important members of the global business community shares our vision for the future of our team, and the plans for Caterham will start being revealed very soon. The long-term strategy for the Caterham Group is taking shape and we are all very excited about the direction we are taking, as I am sure our fans and our partners will be too.”