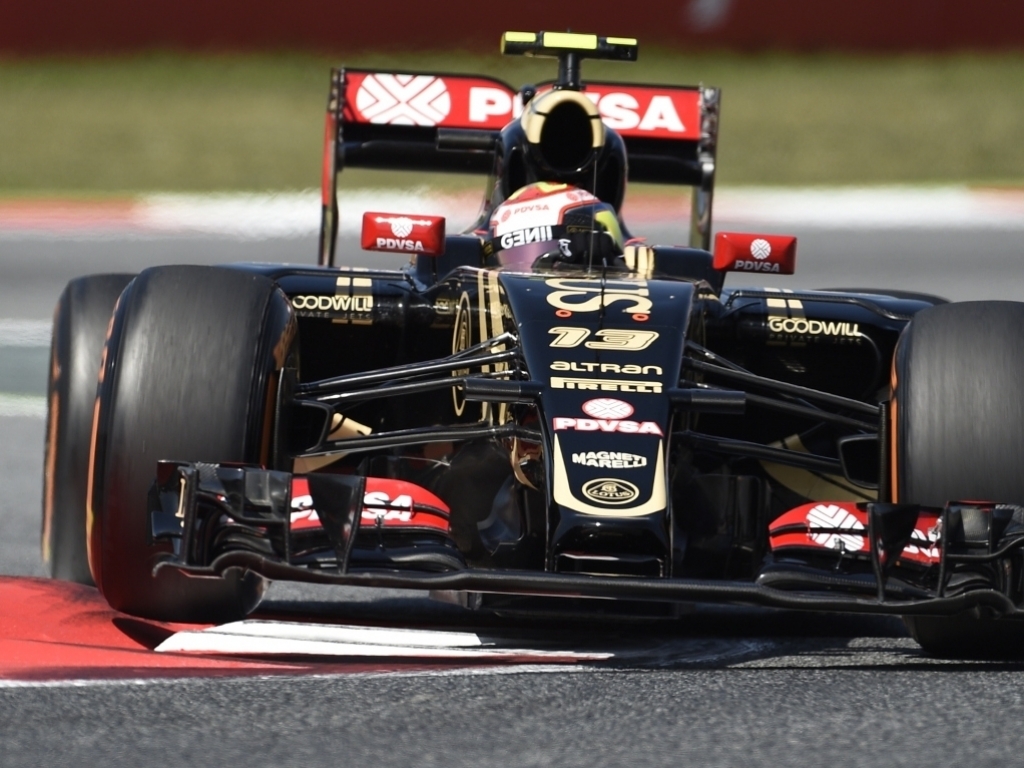 Romain Grosjean
Q: Do you have good memories of Montreal?
RG: I have very good memories from 2012 when I went from seventh on the grid to my first second place in Formula 1. It was a really great day and it was really a strong team result as we used a one-stop strategy to get on the podium after a disappointing qualifying session the day before. The last couple of years haven’t been so good for me, I had to retire from last year’s race and in 2013 we struggled in the wet weather conditions. As for Montréal itself, it’s a wonderful city to visit. There are obviously a lot of French speakers so it’s like another home race for me, and the fans are so welcoming and knowledgeable. There are also some very good restaurants in Montréal which is always a bonus.

Q: How much of a challenge is the Circuit Gilles Villeneuve?
RG: Montréal is in-between a normal circuit and a street circuit. The walls are very close in some places, while other parts are similar to a European circuit. It’s definitely unique and we normally bring a different downforce package for that reason, which adds another unknown factor to the weekend. The circuit is not used for the rest of the year so the grip will change a lot – something we’ll have to adapt to – and the weather can also be tricky. Hopefully it’ll be nice and sunny because it’s a race I really like – and it’s my favourite circuit to race on the Xbox. The last chicane is a notable feature and overall it’s a good track.

Q: What is it about street or street-esque circuits that you like?
RG: I enjoy the sensation of being close to the walls. Montréal is different from Monaco as there are some long straights and some big braking moments. The track surface can also present challenges as we’ve seen in other seasons, so it will be interesting to see what the grip level is like this year and that will certainly be on your mind as you take to the track for the first time over the weekend.

Q: Looking back, what were the positives from your Monaco weekend?
RG: Despite not finishing in the points, there are quite a few positives from Monaco. The circuit itself is a good test of how a car behaves in low-speed corners, and the E23 worked well. We also were able to employ a good strategy to get back into a point-scoring position after the gearbox penalty meant we started pretty far back on the grid. We also showed that the E23 has pretty strong rear suspension, even when attacked by another car.

Q: Did you brake-test Max Verstappen in Monaco?
RG: Of course not, what would that possibly achieve? In Monaco it’s pretty easy to keep a car behind you, even a car that’s faster than you, by placing your car on the racing line and just focusing on driving your laps. The difficult bit is for the guy trying to get past. I didn’t brake early or lift off the throttle earlier on the lap which Verstappen hit me, in fact the data showed I braked five metres later than the lap before! The FIA are pretty thorough in their investigations and I don’t know which annoyed me more; being hit and knocked out of the points, or having to go through the inquiry afterwards for something that was clearly not my fault. Ultimately, Max caught himself out by driving too aggressively on the wrong circuit to attempt a move like he did and we both felt the consequences. He’ll learn; he’s a very talented driver.

Pastor Maldonado:
Q: Do you like the Circuit Gilles Villeneuve?
PM: It’s amazing and I always enjoy being there. Canada is a great race not only because of the track but because of the people who come to support it. There is a great atmosphere all weekend and the city is quite close to the circuit which means there is a great vibe all round. There is also a lot of history to the Grand Prix and it has been around for a while – it is one of the great GPs during the season.

Q: What do you need for a fast lap around the track?
PM: You need a good race car to have confidence to push and that is something we have with the E23. You use the kerbs quite a lot, so you need to be able to ride the bumps well and you need good turn-in for the chicanes. Also, like Monaco, you need to stay away from the walls. You should get close, but making contact is too close!

Q: Monaco was rather a short race for you; how frustrating was that?
PM: Of course it was frustrating, but that’s the way that racing goes sometimes. There were lots of positives; we qualified well and the car felt good on the track. Unfortunately there was an issue with a part and the only alternative was to retire the car. That’s racing sometimes.

Q: Do you think Montréal could be the venue to get your championship charge on course?
PM: I’ve approaching every race wanting to finish in the points. The circuit in Canada has its own challenges but there’s nothing to say we shouldn’t be fast there. This year’s car has felt good so I’ll be pushing for points in the race. At most of the races this year we’ve looked strong all through the weekend and it’s been the final piece of crossing the finish line in the points which has been out of reach. That’s what we want this weekend.

Q: How competitive has the racing been this season?
PM: It’s been interesting where we are and there is still a lot of potential for us to do well this season. We’ve seen that the Mercedes is consistently the fastest car, but they are not unbeatable. Behind them there’s a great battle. We seem to have a car that is in the top ten on qualifying pace and quicker than some of its nearest rivals when it comes to the race pace. At somewhere like Monaco it’s difficult to take advantage of superior race pace, but at more open circuits we’re well placed.

Q: How has the E23 evolved so far?
PM: We’ve had upgrades and we have a good understanding of how to get the car to work how we want it. It’s much more predictable and delivers more than last year’s car. You can see that the lessons learnt in 2014 have been applied. I’m looking forward to some good weekends where we can deliver what we’re capable of.

Q: What’s your focus mid-season?
PM: Over the year your focus doesn’t change much and it’s pretty simple; you want to do the very best you can at every race. You turn up at the track, work with the engineers, get in the car then drive the best you can.