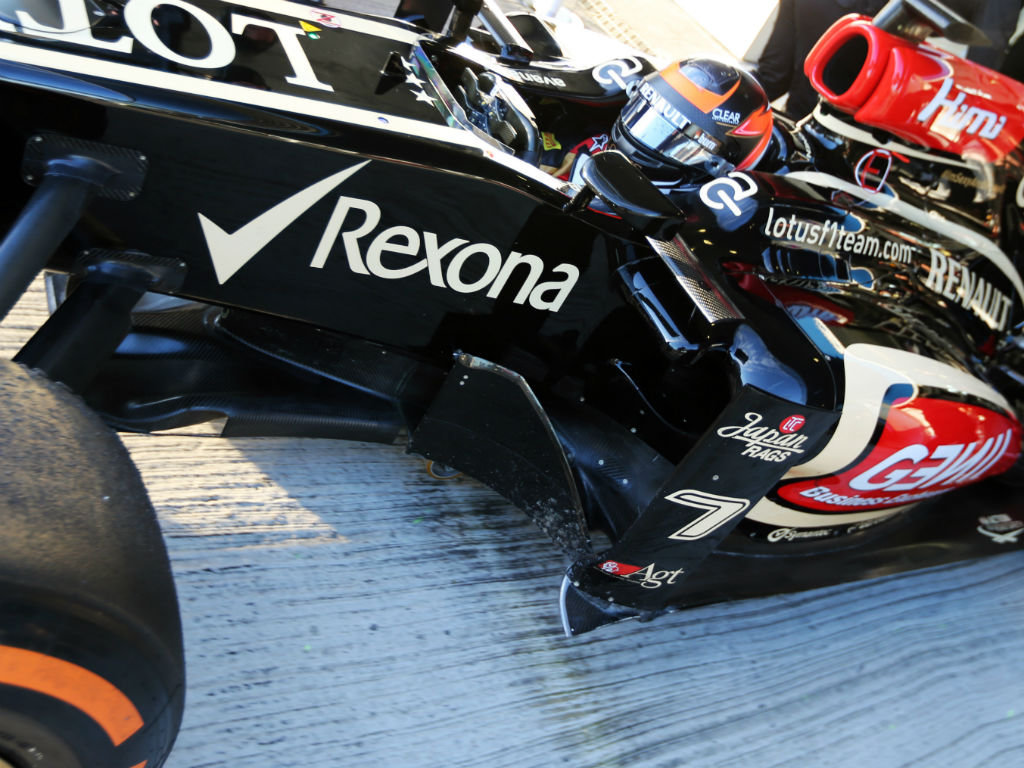 After a strong start to the season, Lotus fell off the pace in Malaysia but are looking for a return to the front in China, race three of the Championship…

After a strong start to the season, Lotus fell off the pace in Malaysia but are looking for a return to the front in China, race three of the Championship…

Kimi Raikkonen
Q: What are your thoughts on the Shanghai International Circuit?
KR: It’s always difficult to predict what will happen in the next race as we haven’t been there yet with this car, and every car reacts differently to each circuit. Unfortunately we didn’t achieve any points there last year so we can only improve from that. I have been first, second and third in Shanghai in previous years so it would be nice to add to that list. There’s no reason why we shouldn’t go well there; we have some new parts for the E21 and the last upgrades we had seemed to help so it will be interesting to see what will happen if it doesn’t rain.

Q: You’ve gone pretty well in China before; you must have a good feeling going there?
KR: I won there in 2007 and that was a good feeling as it was the year I won the World Championship. I celebrated those wins pretty well at the time. It’s a proper race track and there are good opportunities for overtaking. Our car looks good so far, so let’s see what happens when we get out on track.

Q: Have you been able to reflect much on the first two races of the season?
KR: Australia felt like quite an easy race for me as everything went so well in the car and the result was the one which everyone wants to get. Malaysia was a tough race. The start was not good and then I lost part of my front wing on the first lap. The car didn’t handle too well after that and with the wet conditions it was pretty tricky. The pace wasn’t too bad, but it could have been much better when you look at our times on Friday.

Q: You had some close tussles in Malaysia, particularly with Nico Hulkenberg…
KR: It was racing and that’s what we’re all here for. There were a few times where it got pretty close. There are things you should and shouldn’t do but this is racing and at the end of the day I don’t think it changed our result too much.

Q: The Chinese Grand Prix was full of action in 2012; how was it from your position?
KR: There was some good racing and it looked like a strong result could have been possible, but we ran out of rubber during the final stint and didn’t score any points. Hopefully we’ll be a little bit more lucky with the tyre performance this time and well prepared from a strategy point of view. We had the race pace in 2012, that’s true, but we tried to carry on with our tyres for too long. They dropped off, and that was it. On the other hand without trying to push with those tactics, we would never have been fighting for top positions. If you look at last year we didn’t have a bad car for China, and if we get the car working as well as we did on Friday at Sepang, we should do well in Shanghai too.

Romain Grosjean
Q: How are you feeling two races into the season?
RG: It’s been a little frustrating as I don’t think I’ve shown my full potential yet. The first two races were quite difficult for me and I would really like a weekend where I can show what myself and the team can do this season. We’ve got great potential, I just need to unlock it. Hopefully we’ll find the key in China.

Q: Do you think more was possible in Malaysia?
RG: If we’d had the car we wanted all weekend then yes. Starting further up the grid and making a better start would have helped too, but it’s always easy to say that. During the race itself I spent a lot of time stuck behind Felipe [Massa] in the middle phase and I’m sure if I could have passed him earlier then I would have stayed ahead, but by the end my tyres were finished so it was best just to let him through without compromising either of our races. There were a couple of times where maybe the backmarkers could have made things a little easier too.

Q: Is the E21 delivering more of what you want from a racing car?
RG: We have definitely made progress. It’s been frustrating for me as sometimes the car gives me what I want and sometimes it doesn’t, even if the conditions and setup are very similar. I’ve been working closely with my engineers and we made good progress over the last race weekend. The car and the latest tyres seem to be very sensitive to having the balance exactly right so that’s what we’re focusing on.

Q: The team have been bringing new parts to the car; have these been helping?
RG: We’ve been making steps forward with performance and that’s always what you want. The new front wing was beneficial and I’m looking forward to getting the latest exhaust configuration in China. Kimi used it in Sepang and it was definitely of benefit to the car.

Q: You scored your first Formula 1 points last year in Shanghai; is it good to be returning?
RG: It was great to get off the mark and it’s always fantastic to score points at a Grand Prix; the more the better! It was a challenging weekend as we didn’t have the car we wanted at the beginning, but we were able to run a different tyre strategy and get a good result. Hopefully there’ll be more points scored this year too.

Q: What do you think of the circuit?
RG: It’s an impressive facility; the first time you see it you realise how big it is. The circuit layout is pretty good and there are some nice challenges like increasing radius corners and turns with a bit of banking. There are more slower speed corners than we’ve had at the last couple of races and there’s a big straight too, so there’s plenty to keep you occupied.

Q: What would you like to achieve in China?
RG: I would like to score strong points. I finished in tenth in Australia, then sixth in Malaysia so I’d be quite happy if I finish in second place in Shanghai. That or a win would make me very happy! Let’s see how the car is once we arrive on track and hope there won’t be rain again as we know our car does struggle a little in wet conditions.