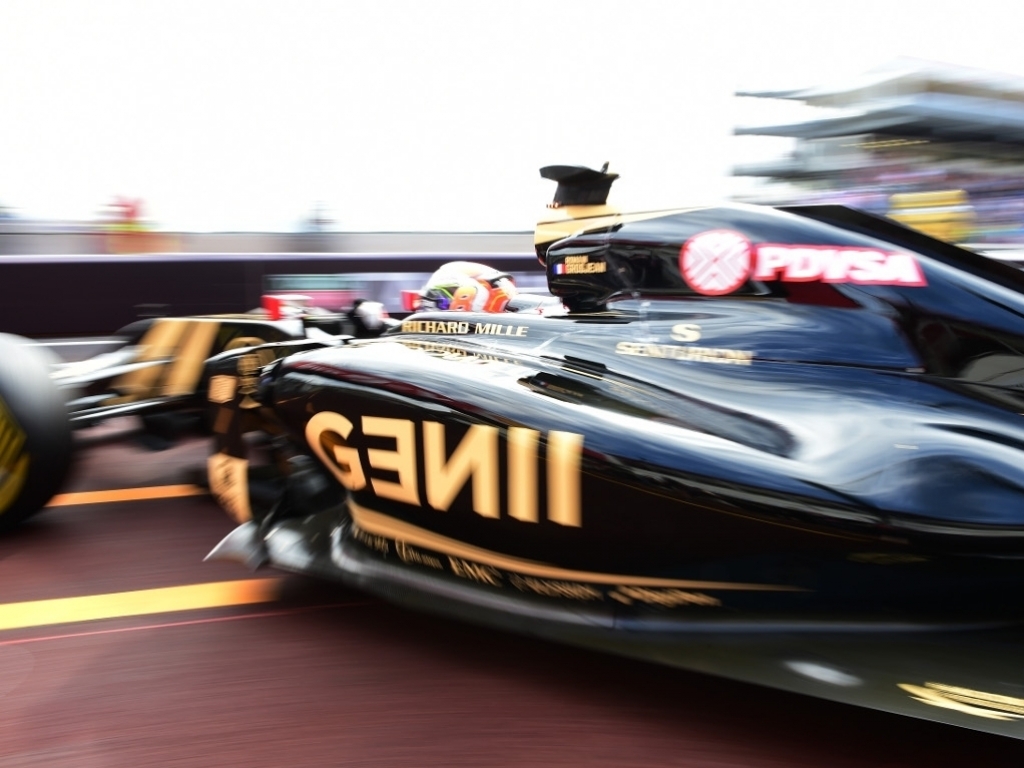 Q: What are your thoughts on Budapest?
RG: I love Budapest and I love the Hungaroring. It’s a place where I really look forward to visiting every year. It is usually sunny and hot and is just before the summer break so you give all the energy you have before you go on holiday. It is an exciting Grand Prix every year.

Q: What is it about the Hungaroring that you particularly like?
RG: It’s a great track and one that’s suited us in the past. It was great to be on the podium there in 2012. I can remember feeling frustrated that year as we did have a chance to be fighting for the win, but that didn’t work out because of traffic. I like the circuit and its style of up and downs and twisty corners. I like the feeling you get when driving on the track and the grip you get from it. I’ve been very quick in qualifying pretty much every time there. It’s also the venue of one of my best overtaking ever in my Formula 1 career in 2013, even though I was penalised for being a few small centimetres over the line, which was tough at the time… Nevertheless, it is hard to overtake at the Hungaroring making qualifying very, very important and equally so the race strategy.

Q: What’s the key to a good result in Budapest?
RG: Qualifying, pure and simple. It’s a tight and twisty track so you really do need a good qualifying result. We showed in 2012 that being on the front row certainly helps and 2013’s P3 wasn’t too bad either.

Q: What other memories do you have of the track?
RG: I scored my first GP2 Series pole position there in 2008. In 2011 I won and finished third, which was a pretty strong weekend. In terms of driving, it’s not the most physically challenging in terms of high speed corners, but the heat you experience in the cockpit can be quite an issue. It can also be a difficult circuit early in the weekend as the track is not used very much, meaning it’s quite slippery when you first go out.

Q: Your British Grand Prix was rather short; talk us through it.
RG: It certainly was a rather short race for me! Basically the start was okay and it was the usual crowded circuit coming into the corner and Daniel Riccardo had been, shall we say, a little optimistic with his car’s braking ability on cold tyres. I was able to avoid him with the front of my car, but he hit the rear of my car which tipped me into a spin. Unfortunately this collected Pastor and the team’s race was over there and then. There’s not much you can do when that happens, but you feel a lot of disappointment as there’s your race gone, and for the team to have both cars out before the end of the first lap is gutting.

Q: Do you think Budapest offers a good opportunity for you and the team?
RG: We’ve gone well there in the past and it’s a track I like. The E23 works well and we seem to be able to extract pretty good performance from it at most tracks we visit. The Hungaroring is not a high speed circuit so it won’t play to the strength of our car through the speed traps, but we’ve worked pretty well in the low speed stuff. The tyre allocation of the soft and medium compound Pirelli is certainly quite a conservative one, but we should be able to go quite well. I think if we start the weekend well we could have quite a strong race and bag some more juicy points ahead of the summer break.

Pastor Maldonado
Q: Are you looking forward to Budapest?
PM: The Hungarian Grand Prix is one of the best of the season. We are very close to the city of Budapest which is a place that I like very much. There is a big community of fans at the race weekend and the people are very friendly. On track it can be very challenging. The weather is usually very hot there meaning that it is very demanding from a physical point of view. It is one of the races that I enjoy best because of these demands and I really like the challenge that it presents.

Q: What are your thoughts on the Hungaroring?
PM: It is a very demanding circuit for drivers as it is often very hot and there are limited overtaking opportunities. It has quite a slow speed layout and we’ve looked quite good with the E23 in low speed corners so it will be interesting to see how quick we are here. Qualifying is so important at this track because of the small number of overtaking opportunities, but I’ve qualified well there in the past so hopefully I can deliver a strong performance. I have won in Budapest in other categories so the track has good memories for me. The fans create a good atmosphere and it’s always nice to race at a track where there is a good feeling like this. I am looking forward to the weekend.

Q: Your Silverstone race was rather short…
PM: It was a great race at Silverstone; I know this as I was sat in the motorhome watching it! For sure, this was not how I wanted to spend my race; I wanted to be sat in my car racing. It’s such a satisfying feeling when you’re racing in mixed conditions like we saw for the British Grand Prix. It’s also such an unsatisfying feeling when you realise your race is over so early.

Q: What happened?
PM: My car was hit by Romain’s as he had been tipped into a spin by Daniel Riccardo. I actually thought my car was okay except for a puncture so I tried to get back to the pits to change tyres. Unfortunately, what I could feel from the back of my car was not a puncture, it was oil leaking and making the tyre lose traction. As soon as Mark, my engineer, come over the radio to tell me to switch the car off I knew it was game over.

Q: What do you do after a short race like that?
PM: Your first thought once you’ve seen that everyone is okay and you realise your race is over is ‘how do I get back to the garage?’ I spoke to the guys in the garage when I did get back, then there wasn’t really much you can say in the debrief. After that I watched the race with guests and personnel in our motorhome. As a racer you never want to be watching the race live on TV as you should be in it, but it was a good race to watch nevertheless!

Q: The Hungarian Grand Prix represents the halfway mark in the season and it’s the final race before the summer break; what would your half term report card say and what are your targets for the second half of the season?
PM: My target is the same as for all the races at the start of the year; to score as many points as possible and finish the race in the best position I can. I think my first half report card would say good things for effort, but the results didn’t come. Certainly I believe we’ll get better finishes in the second half of the season.