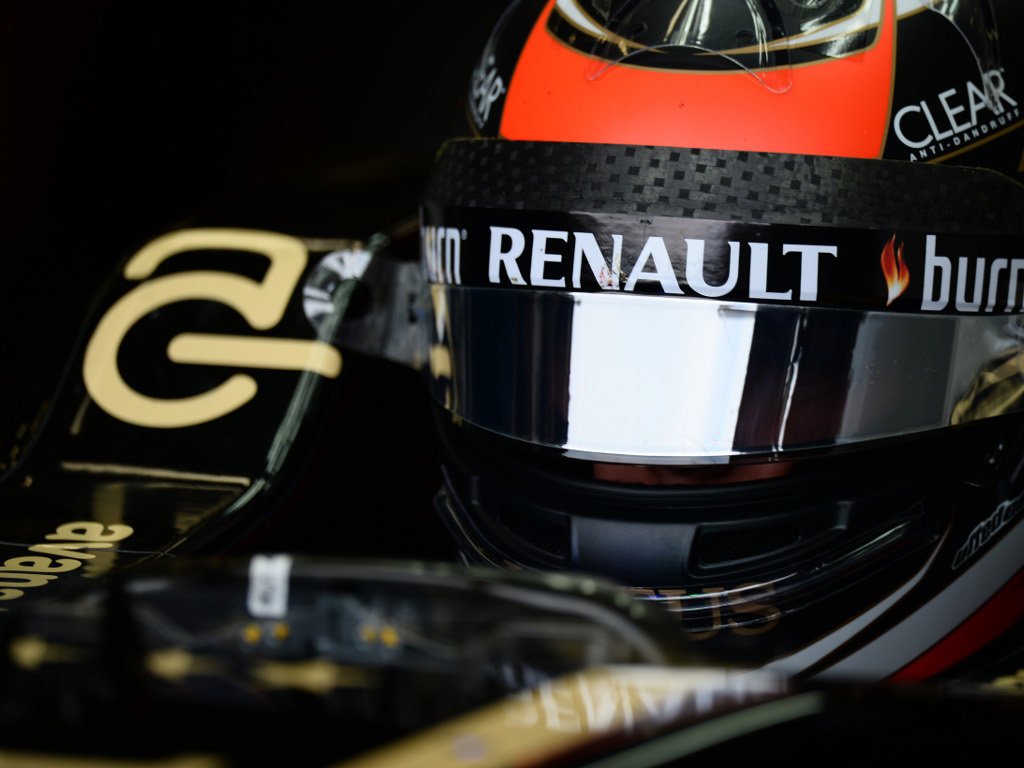 Kimi Raikkonen
Q:What do you think of the Buddh International Circuit?
KR: It’s quite an interesting track; one of the better ones from the modern circuits. It’s quite similar to Korea; long straights, not terribly challenging corners and hard braking. It’s not as technical as Korea which was another new track for me last year, but it’s good. It’s always nice to go to a new place like India. It’s certainly a good track to go fast with a strong car in front of all the others!

Q:How was your first – and only – race at the track so far?
KR: It was okay but it could have been better. We struggled for grip over the weekend last year and we made life difficult with the change of setup before qualifying. After that there was nothing really to do on Sunday. In the race itself we had enough speed to challenge for the top positions, but we got stuck behind slower cars and overtaking was impossible. I can remember spending a lot of the race trying to get past Felipe [Massa] so that wasn’t ideal.

Q:Did you get to see much of India?
KR: No, it was my first visit and I spent my time in the paddock and the hotel. We only come to race and India is a very big country! The thing I like is eating Indian food, which I really enjoy.

Q:Japan was quite a straightforward race for you?
KR: It was a pretty normal race I would say and it’s good that we got some points. I had a very poor start where I left the line with a lot of wheelspin and lost a few places. This wasn’t ideal and it meant I got stuck in traffic, but I managed to gain some places back later on.

Q:You spoke over the weekend of the car feeling more to your liking, which much be a positive looking to the remaining races of the season?
KR: The car felt pretty strong all weekend and we’ve made good progress with it recently. It’s still not exactly as I want it and we’re trying to get rid of some understeer which is something I don’t like. In Japan it was hard to show our real pace at the beginning of the race as I was stuck behind slower cars for quite a long time. After the final pit stop when I got a bit of free air the car was working much better. It ran well in the last half of the race and I was very happy with it.

Q:We saw some more great overtaking moves from you…
Unfortunately when you don’t have an ideal qualifying it makes life a bit harder on Sunday. It’s not easy to overtake at Suzuka and we weren’t so fast in a straight line which made it more tricky, but I got past a few people which was important after the slow start. With Nico [Hulkenberg] I managed to get a good run on him leading up to the chicane which is what made the difference. We did what we could.

Q:What’s the target for India?
KR: Hopefully we finally get it right in qualifying as the last five qualifying sessions have not been that great for me. If we don’t, it’s going to be a difficult Sunday afternoon, although of course we’ll keep pushing. If we do get it right, then we can really go for it!

Romain Grosjean
Q:Your performance in Japan was pretty fantastic; how are you feeling heading into the remaining four races of the season?
RG: I’m feeling really good with the car, my confidence is getting higher with every race and I’m very happy with the team, so I’ll keep working hard to improve the areas that need improving and we’ll keep pushing for top results right to the end of the season.

Q:How good was that race start in Japan?
RG: The start was fantastic; the clutch kicked in, I put my foot down and whoosh! It was superb to go past both the Red Bulls like that and it’ll be one of my best memories of the year. I saw Mark [Webber] in my mirrors and started to pull away which was a big surprise in itself, so I was screaming “come on baby, let’s go!” in the cockpit. After the first lap I honestly thought it was going to be my day, but that first win will come soon…

Q:How wide were you driving your car to try to keep the Red Bulls behind you?
You never want to concede a place, but when you’re leading the race or fighting for a podium position you can find ways to make your car very wide! Sebastian [Vettel] had a lot more pace than me but we were able to fight a bit more in the battle with Mark [Webber]. It’s a shame we caught the back markers when we did as I think we’d have had an even stronger fight if it wasn’t for them.

Q:What are your thoughts on the Buddh International Circuit?
RG: I like it. I first visited the track as third driver for the team during the inaugural race weekend in 2011 and was really impressed by the facility, then of course I drove it for the first time last year. The layout includes a nice mix of corners with a bit of gradient change which is always a good thing. There are some decent straights with wide corners at the end of them to help with overtaking, although it’s still not the easiest place in the world to pass somebody. Then there’s the linked Turn 10 / 11 combination, which is a bit like Turn 8 in Turkey in that it seems to go on forever. It’s quite a fun track to drive.

Q:What are your expectations for the Indian Grand Prix?
RG: Our car is really performing well at the moment so I think we could be strong again. It’s fair to say we struggled there a little last year with finding grip and getting the right setup for the cars, so hopefully we can perform better this time. The tyre allocation was quite hard for the track in 2012, but this year it’s softer which should help us and make for better racing.

Q:What do you think of India as a country?
RG: It’s certainly a different experience from a lot of the places we visit and it’s great to see a different culture.

Q:Aside from racing what will you be interested in?
RG: I have a great love for cuisine so I’m always interested in local food, and there are so many interesting dishes, spices and ingredients in India.