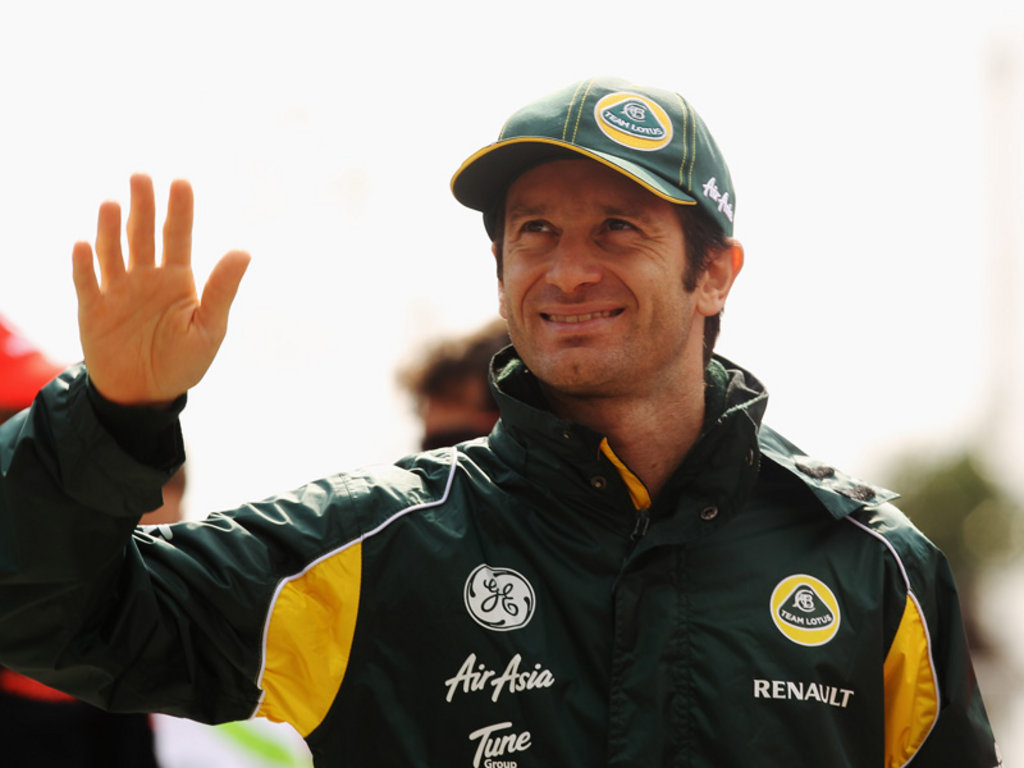 Heikki Kovailanen and Jarno Trulli look ahead to the inaugural race in Delhi while Karun Chandhok has to settle for a FP1 drive.

Heikki Kovalainen: “I think India is going to be a fascinating race, for us and F1 in general. I suspect we are going to be given an incredible welcome, and to be able to race on a brand new circuit is always an interesting challenge, so whatever happens in the race I think it will be a great week for the whole sport.

“After Singapore I went back to Europe to do a day in the simulator to get used to the track, and it looks cool. There’s the obvious overtaking zone at the end of the long straight and then a few pretty standard medium speed corners but I think the main challenge for us is going to be finding a balance that suits the demands of T10 to T13, which is quick, and the haripins at T3, T4 and T16. We won’t know anything about tyre degradation until we get out there, but whatever happens it’s going to be hot, probably a bit mad, but seriously good. I can’t wait!”

Jarno Trulli: “I’ve obviously been to a lot of new circuits throughout my F1 career but I’m looking forward to India more than most. I’ll do my usual cycle around the track on Thursday and have a close look at the circuit, and when I get in the car I’m usually up to speed within four or five laps. We’ll run similar downforce levels to the Korea / Suzuka spec and as we were genuinely competitive in the races at both those tracks I think we’ll be ok in India. I’m sure it will be another good race for us, and I think the whole weekend will be fascinating, for us and for the fans.”

Karun Chandhok – reserve driver: “I am very excited about driving at the new Buddh International Circuit in FP1 in front of my home crowd and while I am obviously disappointed that I won’t have the chance to race on Sunday, I accept the team’s decision to opt for the experience and talent they have at their disposal with Jarno and Heikki. This is a team that is still young, still growing, and I know that they have to do their best to secure their future in the sport – sometimes the hard decisions have to be made, and in this case it must have been a very difficult choice, but I understand that this isn’t about me.

“It’s about the team and everything the 254 people on track and back at the factory are doing to build for the future. For me, I believe that I have grown as a driver in and out of the car this year with my role in the Friday practice sessions and I’m looking forward to playing my part in helping the team have another strong weekend on track.”

Mike Gascoyne – chief technical officer: “From a technical perspective the track looks like quite a few of the modern era F1 circuits, with a mix of high and medium speed corners and a long straight with a tight turn at the end at T4, which I am sure will create decent overtaking opportunities. It looks like there will be multiple lines for the drivers to take into that corner, as well as into T3 leading onto the straight, so I think we will see a lot of action onto and out of that section. Turns 10, 11 and 12 also look like they present the drivers with a bit of a challenge – they combine to make a long right that will be hard on the front left tyre and in layout it is akin to T8 in Turkey, but instead of being flat throughout it will need the drivers to go in hard on the throttle, come off the power into the first apex and then get back on through the middle section and out onto the run to T13. The next couple of turns are a little fiddly, but we might also see some overtaking into the final corner, T16, as it is a tight right leading onto the start finish straight after a pretty quick T15 which leads straight into T16.

“The tyres have probably been the single most important factor in upping the entertainment factor this season, but we will not know until Friday practice is completed just how they will perform in India. New tracks obviously lack basic grip until any meaningful running has been completed on them, and I am sure the Buddh circuit will be the same. Everyone up and down the pitlane will be in the same situation, so we will all be working hard on Friday to gather as much data as we can and give ourselves as good a shot at qualifying as we can, and at maintaining the race pace we showed in the last two Grands Prix. Whatever happens I am sure it will be a great weekend and one that will show the world just how well India can put on a global sporting spectacle.”

Tony Fernandes – team principal: “I am very excited about the Indian Grand Prix and I would like to congratulate The Jaypee Group and everyone involved at the circuit for their hard work in creating what I am sure will be an incredible event.

“From the team perspective the key goal for us this weekend is to maintain the performance levels we saw in the last two races and while I am sure there will be fans in India who want to see Karun race for us on Sunday we had to make the best decision for the future of the team. While all the emotional reasons for him driving were right we were conscious that the limited running he has had in the car this season, largely due to the weather conditions that have hit most of his FP1 sessions, has not given him the best preparation for this race, so we have taken the very difficult decision not to run him in the race this weekend. It is absolutely vital that we secure tenth place in 2011 to give us the platform to keep growing and despite the fact that Karun’s performance levels have continued to improve every time he has driven for us in 2011, it was considered too much pressure to put on Karun to drive in his first home race, deal with all the attention he would have had and be able to perform at the same level as either of our regular race drivers over the whole weekend. For that reason we had to take the pragmatic decision to put our faith in the experience and pace we have in Jarno and Heikki, and are confident they will continue to perform at the level they have over the last two years with us. While this is obviously not the decision Karun wanted us to take he understands that we have to take the long-term view and do so in the best interests of the team. He also understands that his relationship with our team is not about just one race, it is about growing together and while this is an historic event, there will be many opportunities to race in India in the future, and he is in the best possible place with us to take advantage of those chances in seasons to come.”