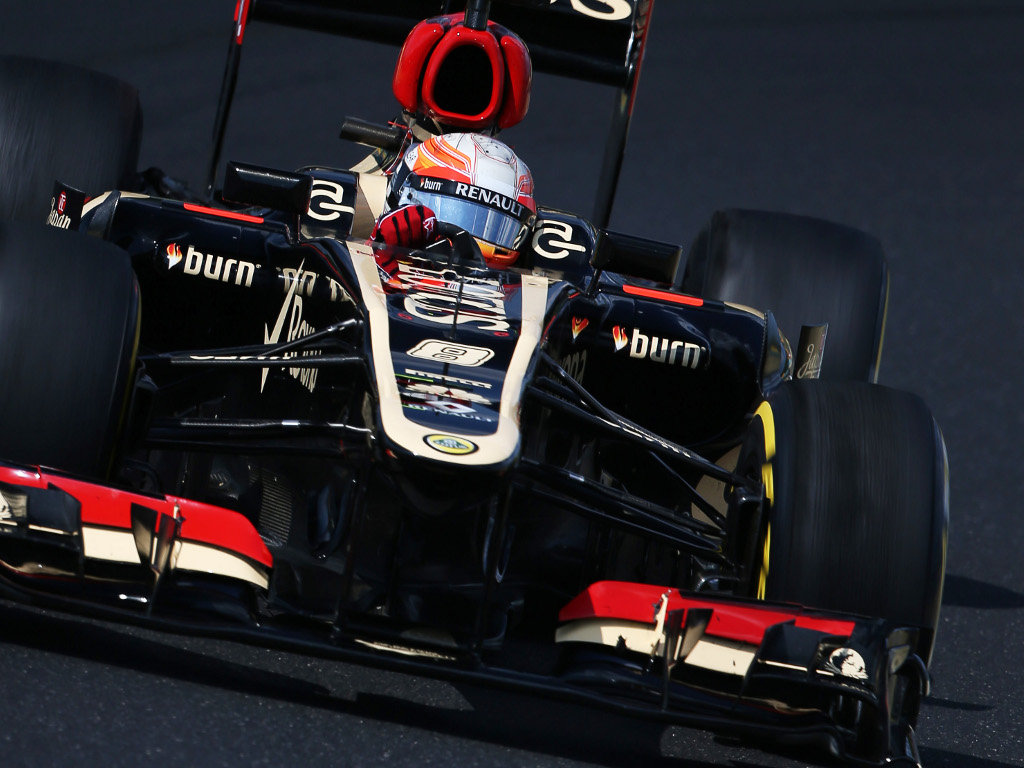 Kimi Raikkonen
Q: You’ve achieved more wins at Spa than any other track, but at Monza you have none; time to rectify that?
KR: It’s true that I have never won in Italy. For one reason or another things just haven’t worked out for me, but it doesn’t mean I can’t drive the track. Just because I have not won at a circuit in the past it doesn’t mean that I won’t win or get a good result there in the future. It is true that I have previously had some very competitive weekends there – once or twice I have been close to the win – but something has always gone wrong. Hopefully we will have a real chance to fight for that victory this time.

Q: How do you feel about Monza as a venue?
KR: It’s a historical place with a unique design where we achieve very high speeds. It’s a real challenge for everyone to be running so fast and a really good feeling in the car. It’s the home of the Tifosi and there will be a lot of Finnish fans there too. The atmosphere is just out of reach for every other Grand Prix. It’s great to go there with everything working well in your car and see how quickly you can go. It’s the place where we go really, really fast.

Q: What about the challenges of the circuit?
KR: Monza always gives a great challenge. It’s so different compared with the more modern circuits as the layout means the car needs to be set up differently. To go fast at Monza you need a car that is good aerodynamically, stable over the kerbs, and has a strong engine as we are using full throttle for most of the lap. I think we should be pretty good in those areas, but we won’t know exactly how good until we get out on track.

Q: How do you think Monza should suit the E21?
KR: It’s a unique circuit with the high speeds achieved there and everyone will be running the lowest level of downforce we see all year. Low downforce has not always been the best for our car, but the factory has been working hard to get more speed and stability for us with some changes to the car. Let’s wait and see how the car goes on Friday morning and then we’ll have a better idea of what can be achieved.

Q: How do you feel about the DNF you experienced in Spa?
KR: Obviously it was not the first time I’ve had to finish a race early, and most likely it won’t be the last time either. That said, I’m here to race and I want to finish every time, so for sure what happened in Spa was not what we were looking for and not ideal for the championship.

Q: What could you feel in the car?
KR: There were some brake issues at the beginning of the race but we were managing them and it was going OK. We knew the brakes were hot and you could see the smoke, but I was still able to brake okay until a part failed and there was no way I could continue.

Q: Was it a shame to see your unbroken records come to an end?
KR: We knew the day would come. We had such a long period of time with the best reliability of all, so it was only natural that one day luck would go against us.

Romain Grosjean
Q: How much are you looking forward to racing at Monza?
RG: Very much. It’s a race I wasn’t allowed to contest last season and as a racing driver all you want to do is race, so I can’t wait to take to the track for the first time in practice on Friday morning. It’s a very historic venue; a beautiful circuit in a fantastic location and racing there is always great. It’s a special feeling when you are blasting through the park along the Monza straights, and there are so many really enthusiastic fans there. I have to admit though, it’s not only the racing I’m looking forward to as Italian cuisine is superb. I’ll be visiting a couple of restaurants during my stay…

Q: What are the challenges of the circuit?
RG: For the designers, you need to have a car that’s very slippery through the air. Then for the engineers, you have to make the correct decision on gearing to make the most of the slippery car and engine power along the straights. For the driver in the car, there are a couple of heavy braking areas where you are slowing from the highest speeds of the year, so you have to be careful to get your braking right otherwise you can overshoot the corner. You see that quite a few times over the weekend.

Q: Any other considerations?
RG: It can be quite hot there sometimes and it can be hard on the tyres. Considering that this is where we seem to have an advantage with our car, let’s hope for both! You use the kerbs quite a bit, which looks good on the slow motion cameras but you certainly know about it in the car! Basically, it’s a pretty great track.

Q: What are your memories of this circuit?
RG: I was on the podium last time I raced at Monza, which was in the GP2 Series in 2011. Wouldn’t it be great to return to the podium this year? That’s what we’re trying for, of course, so let’s see what happens.

Q: You had a different strategy to your competitors in Spa; could there be a similar approach at Monza?
RG: At Spa, considering where we were in the first half of the race, we had to attempt something a bit different as raw pace wasn’t our strong point. Then, with the new tyres I felt that the grip was much higher than before, but I knew that it would be difficult to get the time back. We tried something different and you never know; had it rained in the middle of the race we could have been well-placed to take advantage. For Monza, we won’t know what we will do until we’ve run in the practice sessions, checked all the data and then after qualifying – when we know our grid position – we’ll decide the options for strategy. Even then it’s not decided, as you have to adapt in the race. Let’s see what happens.

Q: You’re P8 in the drivers’ championship and have been scoring points consistently these last few races; that’s a positive aspect?
RG: Yes, Spa was the third grand prix in a row that I’ve been in the points which is good for the championship. There are races where we are fast and everything goes well like in Germany, then there are races when it isn’t as easy like in Spa, so to be still scoring points when things are a little more tricky is positive. Let’s hope Monza is positive.