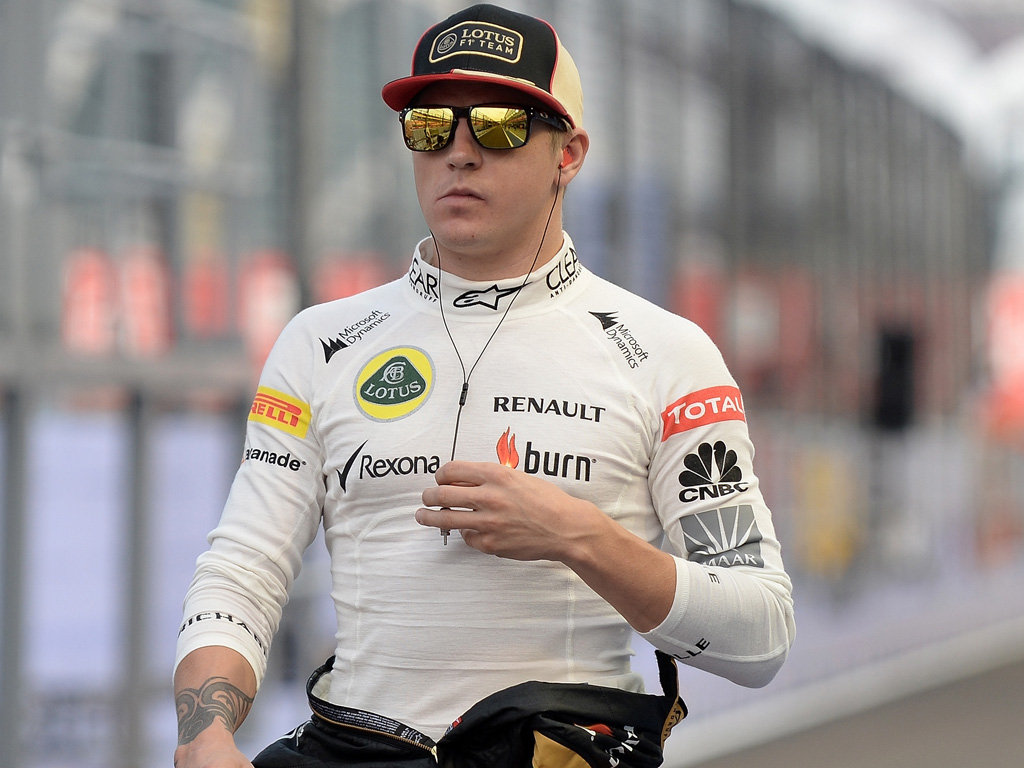 After impressing in Korea, Kimi Raikkonen and Romain Grosjean are hoping for more of the same at Suzuka…

After impressing in Korea, Kimi Raikkonen and Romain Grosjean are hoping for more of the same at Suzuka.

Q. Suzuka is up next; what are your thoughts on the circuit?
KR: “Normally it doesn’t make too much difference to me where we race – as long as we have a good result then I’ll enjoy it – but Suzuka is a track I look forward to every season. It’s a proper circuit that’s been around for a many years, and you can understand why as it’s a challenge for the drivers and usually makes for some good racing too. It’s fast, technical and there are some good places to overtake, which to me is what racing should be about.”

Q. You describe it as a challenge; what is it that really pushes you in the cockpit here?
KR: “It’s a bit of everything really. There are some corners where you are flat out – or very nearly flat out – but then there are others where you really have to balance the braking and throttle carefully to maintain the best speed. If you push too hard then you can easily be punished, as I found out in qualifying last year when I was on my best lap in the final session. Hopefully this time we’ll get everything right and be fighting at the front; that’s where you can have the most fun at a circuit like Suzuka.”

Q. Would you say this is quite a special venue for you as a driver?
KR: “As a racing circuit it has unique characteristics and belongs in the top three in the world with Spa and Monaco. I enjoy winning races the most at the places like these. For me coming to Suzuka was never that enjoyable because of the long journey, but driving a Formula 1 car on the track has felt great every time. I had a good race at Fuji too. It was that wet race back in 2007 when I came from pretty far back to a podium finish, but Suzuka 2005 is my best memory from Japan. It’s very difficult to say which is your best race – especially if you have won many – but coming from the last row of the grid to take victory at a place like this is one I remember very, very well.”

Q. What do you like about Japan as a country?
KR: “I particularly like Tokyo and always have a good time when I visit there. It’s a fun place, there is a lot going on, and I do enjoy sushi…”

Q. What do the Japanese fans mean to you?
KR: “Since my first ever visit to Japan back in 2001 with Sauber, I’ve always enjoyed the almost fanatic loyalty of the local fans. They really support you, no matter what position you are racing for. Maybe that Suzuka victory was the best memory for them too. Even last year – after being out of Formula 1 for two seasons – I still had a lot of Japanese fans all over the world. For sure, that feels nice! Whenever I race or go rallying, there are always some Japanese supporters around and I appreciate the support.”

Q. It was another strong race result from you in Korea, with some close racing between you and Romain…
KR: “It was quite close I guess but we both came out of it okay. He basically gave me second place with a small mistake at the end of the lap after the restart and I already knew there were yellow flags into Turn 3, so I knew if I overtook him into Turn 1 he wouldn’t be able to pass me back. It wasn’t too difficult; he defended pretty hard but I managed to get through.”

Q. Was more possible had you qualified better?
KR: “Qualifying was pretty awful for me in Korea, but it’s difficult to say whether a better grid position would have made the difference. Sebastian [Vettel] was faster than us at the end; not massively, but a little bit for sure and his tyres were fresher too so I think it would have been tough to catch him in any case. We were closer to the Red Bull in Korea than we have been in some races, but not close enough…”

Q. Do you think there’s the potential to add to your win tally before the end of the season?
KR: “If we can improve our performance on Saturdays then there’s always a chance, so we’ll keep trying for sure and see what we can do.”

Q. What are your thoughts on Suzuka?
RG: “I know I won’t be the first one to say this, but Suzuka is definitely my favourite circuit of the year. Every driver has races that are special to them for one reason or another – a home Grand Prix, or the venue for their first win maybe – but I think if you ask most racers they will tell you there’s just something about this place that’s a little bit different. This will be only my third time driving the track, but I’ve been looking forward to it ever since the flag dropped in Korea; it’s simply fantastic.”

Q. Why do you think it is that everyone raves about this circuit?
RG: “It’s a track that really allows a driver to demonstrate their feel for the car. Not only is combination of corners pretty relentless – so you never really get a rest – but the way the layout flows together means that the smallest mistake can make a big difference to your time. Get it right, and the feeling is amazing. Get it wrong, and you just want to keep trying again and again until you have it nailed. Each sequence is challenging in its own way, and you have to find the perfect balance to put a good lap together. Every track has its challenges, but Suzuka is a continuous test of a drivers skills and I think that’s what makes it so beautiful to drive.”

Q. And Japan itself?
RG: “Suzuka itself it pretty far out from the busier parts of the country, but the people, the culture, and of course the food all really appeal to me, so it’s somewhere I’d definitely like to explore a little more one day. You can’t help but mention the Japanese fans as well; they really are in a league of their own! Everywhere you look there are people with shirts, flags, crazy hats, and so many other things they have made at home just to show their support for the drivers on one weekend of the year. I don’t think any of us will forget the noise last year when [Kamui] Kobayashi got his first Formula 1 podium in front of his home crowd… my ears were ringing all the way to Korea; it was unbelievable!”

Q. Your Race Engineer Ayao Komatsu is Japanese; do you think some extra home knowledge could help you at Suzuka?
RG: “I will have to ask Ayao for some special tricks! Certainly I really like Suzuka, the car is looking very good at the moment and maybe Ayao has some local knowledge too. He certainly gets home support so maybe that will help me out on track too.”

Q. The Korean Grand Prix was a pretty good showing for the team; you must be pretty happy with your performance?
RG: “It was a fantastic result. Of course, one step higher on the podium for me would have been better and two steps up would have been superb. Our battle with Lewis [Hamilton] was good, our pace was great but the safety cars stopped us in