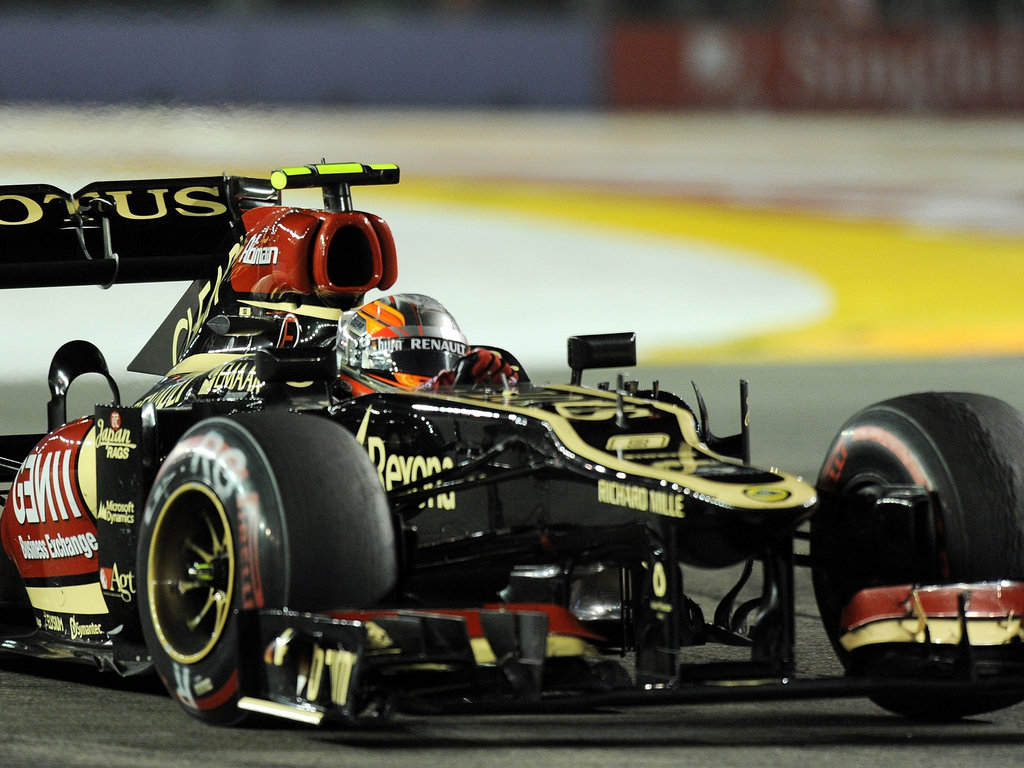 Kimi Raikkonen:
Q: How’s the back?
KR: It’s better than it was on Saturday in Singapore which is when it didn’t feel too good. The important thing was that I was able to race and we did a pretty good job with the podium finish. It’s not the first time I’ve had a problem, as there have been some issues with my back for a long time. For sure, we will have to see how it is when I get out on track on Friday in Korea.

Q: What are your hopes for Korea?
KR: Let’s hope we are able to maintain the strong form from Sunday in Singapore. The car felt good for the whole race and it was a nice feeling racing too. The main focus is to keep this positive feeling and benefit from it in the next races.

Q: What do you think of the Korea International Circuit?
KR: Last year was my first visit there and it’s quite a tricky circuit to learn quickly, but I felt comfortable with it after a few laps. When the car is right, you can go well there. Last year we saw it’s a good place to race with a good car.

Q: How satisfying was your return to the podium in Singapore after two difficult races?
KR: You always want to get the best finish and the most points you can, so it was certainly better than Spa or Monza. I had pretty good speed and could overtake a few people, then at the end I was following Jenson [Button] and could see that his tyres were going off so I just applied some pressure. I knew I had to get past him because obviously some other people had changed to new tyres and they were catching us quickly. I managed to pass him and pull away and luckily nobody managed to catch me in the end. So it was not too bad; especially after a weekend where we had some problems with my back and not the ideal setup. To finish third with all those things and where we were on the grid, I don’t think we could have asked much more.

Q: Your pass on Jenson looked pretty good, around the outside at Turn 14…
KR: Maybe it looked more tricky than it was. Obviously you have more grip when you brake on the racing line and you know more or less where you have to brake; much more than you do on the inside. It wasn’t an easy one but we managed to get past and that’s the main thing.

Q: Once again the E21 seemed to enable better tyre performance in the race that some of its rivals; how much does this help you?
KR: It’s pretty normal that different cars and drivers use their tyres differently. We had a plan and we knew that if the safety car came out we would have to try to run until the end. Luckily some other teams couldn’t manage it and had to pit.

Q: What’s your objective for Korea?
KR: The main target is to have a better weekend overall compared to what we saw in Singapore. Obviously, we didn’t have the best qualifying and it makes things easier if you start in the top ten.

Romain Grosjean:
Q: How are you feeling heading to Korea?
RG: I’m feeling pretty positive; we had a good car in Singapore and we should have a good car in Korea. Qualifying in the top three so late in the season shows that we still have good strength in our package, so if we can show comparable pace at the next few races it’ll be a real strength for us.

Q: What do you think of the circuit?
RG: Last year was my first time at the Korea International Circuit and it’s quite an interesting place. It wasn’t so hard to learn, although there are three quite different parts to it with the long straight in sector one, high and medium speed corners in sector two and then the street course nature of the final sector. The trickiest parts are definitely Turns 11 and 12 which are not easy to get exactly right, but overall it’s not too bad and I think the E21 should go well there.

Q: How are you approaching the weekend?
RG: Like any weekend, we want to achieve the best results we can. Hopefully there won’t be a repeat of any of the issues we suffered in Singapore as they didn’t make the weekend any easier. It would be nice to have some better luck and have a straightforward Friday, another good qualifying result and then a strong finish on Sunday.

Q: Singapore must have been one of your toughest weekends of the year?
RG: It terms of lost potential, it was a pretty hard end to the weekend when we had to retire. Friday was difficult as we didn’t get much track time, then Saturday was fantastic to qualify in third on the grid. The race was going well before we had the problem and had to retire. I certainly wasn’t happy.

Q: What was possible in the race if you didn’t have the problem?
RG: I think a second or third place finish was a realistic prospect. We had a good strategy pitting under the safety car and we should have finished well, but unfortunately my engine had other ideas. We lost air pressure and the team tried to fix the problem by topping it up with an additional pit stop, but unfortunately that didn’t work so we had to retire which is never what you want to happen.

Q: What were the conclusions you could make after Singapore?
RG: You’re never very happy after a retirement and especially when you are going for a podium. That said we have a strong car, a good team and we will keep doing our best as we have been doing for the last few races to try to get back on top as quickly as possible. I’m looking forward to hopefully some better luck in Korea.

Q: Korea is the first of three back-to-back race combinations; how does this affect you?
RG: The back-to-back races can be quite tiring, but equally they work pretty well logistically as we stay on a similar time zone for a couple of weeks; certainly with Korea and Japan. It’s also quite nice to be able to see some of the countries we visit with a little bit of time between the races. It’s not so nice to be away from your family of course, but it makes for an interesting end to the season with the six races so close together.