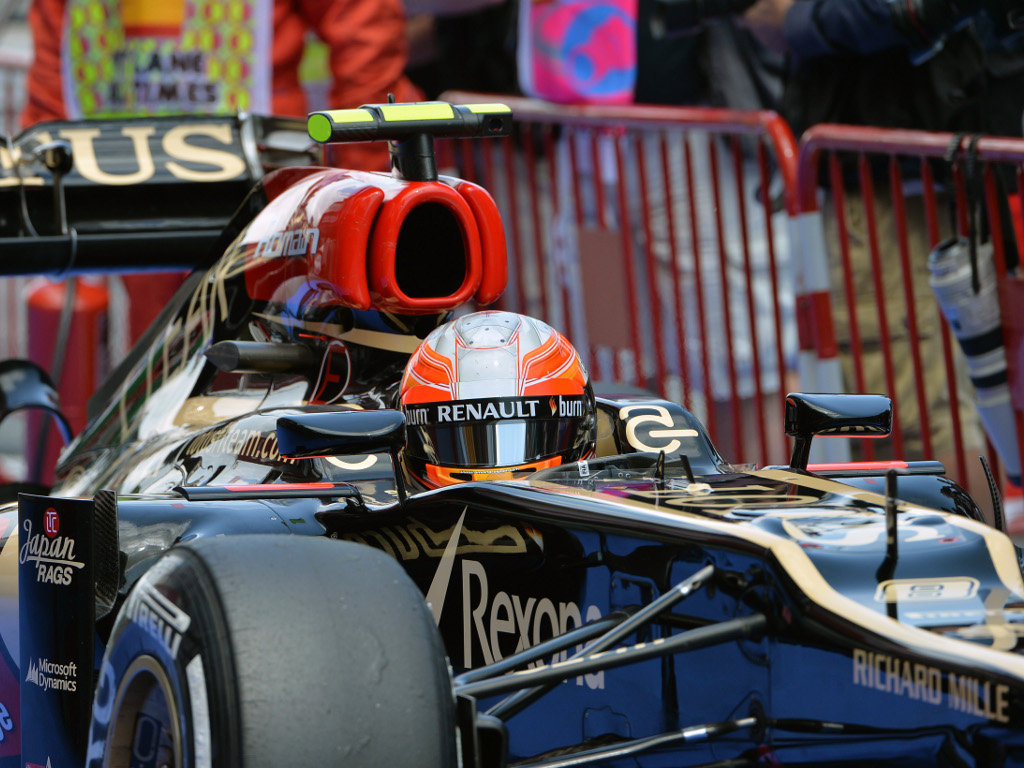 Kimi Raikkonen:
Q: You must be feeling pretty good with your championship position and the performance of the car this season?
KR: Well, we’re not in first place so we can’t be too happy. For sure it’s not a nightmare, but we’ve still got a lot of races yet to come and anything can happen in Formula 1. Monaco’s a different challenge, so we’ll have to see what happens there this year.

Q: Last year’s Monaco Grand Prix was not one of the team’s better outings, so you’ll be hoping for better this year?
KR: We certainly won’t make the mistakes we made last time. There were a few things we didn’t do right over the weekend and we suffered because of that. Sometimes that’s the way it goes, but the important thing is not to make the same mistakes again.

Q: How do you define the Monaco Grand Prix?
KR: It’s useless to put races in different categories, because all of them are as important as each other if you want to win a Championship. However, as a real special race there is nothing like Monaco; there is no better feeling than to get things going well there. To race in the streets of Monte Carlo is really different from everywhere else and it’s a challenge I look forward to every year. It is very, very difficult – almost impossible in fact – to have a clean weekend down there.

Q: You won in Monaco in 2005; how did that feel?
KR: I’ve only managed to get it right once before and you really experience the greatest feeling you can get by winning it. My win in 2005 ranks up there with my most memorable, so to win it again would be just as special.

Q: What’s the challenge behind the wheel?
KR: It’s such a narrow, twisty track; you have to be extra sharp and focused through every single metre. It gives such a good feeling; a fast lap around Monaco. Overtaking is almost impossible, so to really enjoy racing there you have to be in the front.

Q: What about the atmosphere?
KR: Monaco is always special. It’s an interesting place to go to, with a lot of fans and a lot of parties going on; or so I’m told. It’s a completely different atmosphere from anywhere else.

Q: What’s your approach to the weekend?
KR: We have to focus on qualifying. It’s a difficult place to race as it’s so narrow and – as I said before – passing is nearly impossible. I was stuck behind Rubens [Barrichello] in 2009 and we had KERS then, but you just couldn’t get past. We’ll have to see how the tyres perform and if there are any good strategies to be made, but the most important thing is to qualify well. It’s difficult to know how good the car will be in Monaco as you can’t simulate its characteristics; certainly not at any of the circuits we’ve visited so far this year anyway. We can say the E21’s been fast everywhere else so let’s hope it’s also fast there.

Q: With qualifying so important, is it a worry that this doesn’t seem to be one of the E21’s strongest areas?
KR: We’ll do the best we can, but of course everyone will be trying to be on the front row. It’s not impossible for us, but we won’t know how good we are until we get there. We know that tyre changes have to be made so there are opportunities if you run a different strategy to your rivals, but it’s certainly more difficult here than anywhere else.

Romain Grosjean:
Q: How frustrating was the Spanish Grand Prix?
RG: I can’t lie and say I wasn’t frustrated! As a driver you want to race every lap possible, especially when you’ve got a good car. That said, at least with a technical problem like we experienced it’s easier to move on as it was immediately obvious that it was a component failure rather than being caused by a mistake, contact or driving off the track. In the race itself, I didn’t make the best start but after that I was on the pace and we know we’re able to have strong race strategies, so there was potential for a good result. The car was feeling pretty good until the issue with the rear suspension.

Q: When did you feel there was something wrong?
RG: It was a sudden sensation that something was wrong, and it was clear straight away that we wouldn’t be able to continue in the race. I returned to the pits and that was the end.

Q: What do you do after a short race like this?
RG: Get out of the car, speak with your engineers to confirm if there’s anything more which can be done, then you join the crew to watch the rest of the race. Sometimes you can give some extra information to the engineers on the pit wall which might assist them. After the chequered flag you have a quick debrief as you would after a race where you’ve completed all the laps, though if there are only eight laps to talk about it doesn’t take too long. The full post-race analysis takes place with the engineers afterwards, back at Enstone.

Q: Monaco next, a track you really love…
RG: It’s going to be fantastic to be racing there again. It’s like a home race to me and it’s a circuit I really love. We were quick there last year so I hope we’re quick again. It’s a crazy week with all the focus and attention, but everyone loves Monaco. I’ve got a week to get some rest before it all starts. I can’t wait.

Q: What is so special about Monaco?
RG: Monaco is a very special event in its own right, and the atmosphere is quite crazy! As a driver you have to stay calm and relaxed and try to do your job. It is a track that doesn’t allow any mistakes. You have to respect it and that is the key there. For me it’s fantastic for there to be so many French fans, and I’m looking forward to their support.

Q: It’s a very particular and distinct track; how do you think the E21 will perform there?
RG: Well this is what we will discover. Monaco is quite a specialist track and it is very difficult to say if a car will be suited to it or not. It’s bumpy on the straights and it’s a very low grip surface. All these things mean that you never know what to expect. On a more normal racetrack you know more what you are going to get. I hope we will have a pleasant surprise and that the car will suit Monaco’s unique challenges. That would be nice.

Q: What do you want to achieve in the sixth race of the season?
RG: I have to be honest and say I want to be on the podium again. I experienced it for the first time last season, and it felt just as good this year too. A podium result in Monaco would be amazing.