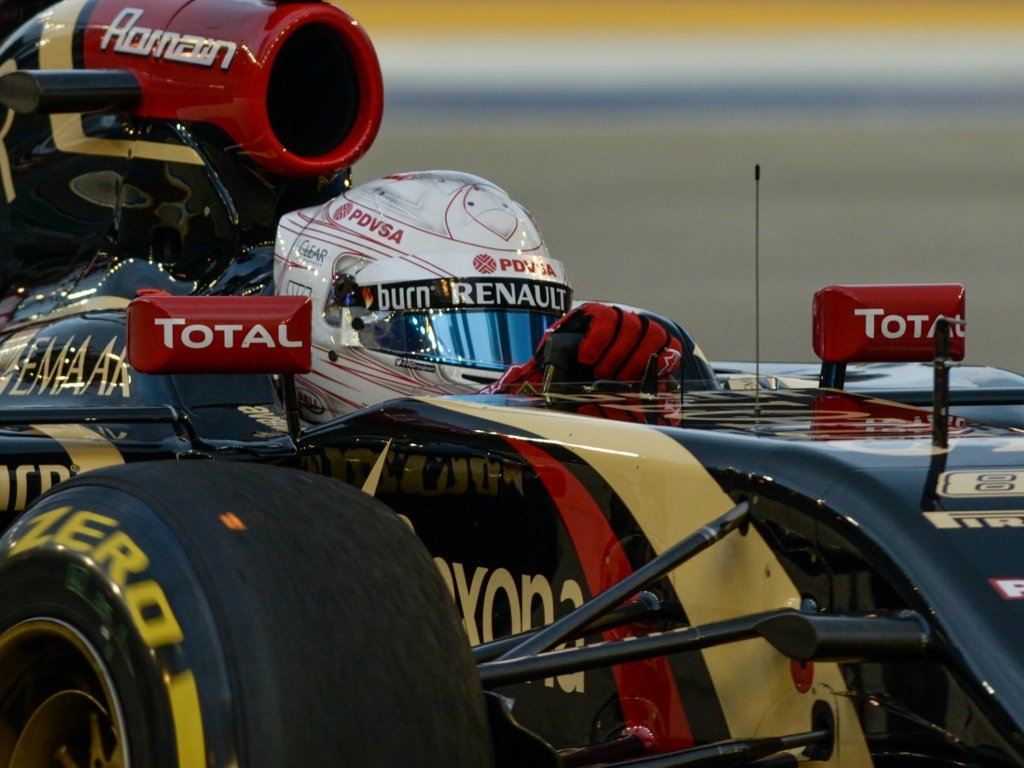 Romain Grosjean admits the new Sochi track doesn’t “look very sexy from the outside” and Pastor Maldonado is ready for another interesting experience.

Romain Grosjean: “I’ve been driving the Sochi circuit on the simulator. It didn’t look very sexy from the outside but it actually seems to be really good fun. There’s a great mix of corners and some good high speed areas too. The setting looks to be pretty impressive with a new facility and one where there are mountains not far away as well as being right next to the Black Sea.

“For me, it’s also quite special to race at the site of and Olympic Games. I’m a huge fan of the Olympics and especially the Winter Olympics, because my grandfather competed in skiing events at the 1948 and 1952 events. Hopefully that will bring me some luck! It’s good to go to Russia as well. It’s such a big country. When you fly to Japan most of the time you seem to be just flying over Russia! I’ve been to Sochi once before in 2009 for a team event and I’m looking forward to seeing more of it.

“Even without a simulator you get a basic idea of the track pretty quickly. What the simulator does is let you speed up this process and make initial decisions about car set-up and so on. What the simulator can’t do for a new circuit is give a precise idea of the grip levels you will find as it’s a surface we’ve never raced on before. With any new surface, we’d expect the grip levels to change over the course of the weekend, so that will be part of the challenge. We all face the same challenge, but there is an element of how good the driver and team are at quickly getting a handle on the track. Hopefully Sochi is a circuit which suits our car. We won’t know the answer to that till we get there!”

Pastor Maldonado: “We’ve been preparing (for Sochi) on the simulator, where the track looks very interesting. It’s a long lap with some unusual corners. From the simulator work we should know more or less what the racing lines will be and when we arrive on Thursday we will double check as many things as we can. It’s good. I’m happy to go there. I’m happy every time Formula 1 opens the door to new countries. I saw some of the Winter Olympics but I’ve never been to Russia before, so it will be my first time.

“Everything is new and especially in terms of the surface there is no way for us to know how the track will develop during the weekend. In the past we saw situations like in Austin where the track was super slippery at the beginning and then session after session we were making improvements of two or three seconds. It’s vital to stay on top of everything because parts of the set-up that were working well might hold you back when you go five or six seconds a lap quicker. You can’t take anything for granted and it will be important to keep an open mind throughout the weekend.

“For me it will be an all-new experience, and one I’m looking forward to a lot. I’ve met many Russians and I know it’s a very big country which has changed a lot over the past decades so it will be very interesting to experience it for myself.”

Federico Gastaldi, Lotus deputy team principal: “What am I looking forward to about this weekend? Everything! It is a brand new adventure for F1 and an exciting one. F1 is a global spectacle and to be at the first race in Russia will be a great experience for us all. Most important will be to meet and engage with the fans and to ensure they take F1 to their hearts. We have a very good Russian Formula 1 driver in the sport with Daniil Kvyat and at Enstone we had the first ever Russian F1 driver – our friend Vitaly Petrov. It will be nice to see him again and to get his thoughts on how his fellow countrymen will embrace our sport more.

“We should be racing in the world’s biggest country. We have seen over the last 20 years or so, since the change from the Soviet Union, that the opportunities there are huge. The rapid expansion of the economy and the many big sporting events that are being held here over the next decade will make for great momentum in commercial opportunities. At Lotus F1 Team we are always investigating new markets and looking to expand the F1 experience for new audiences.”

Nick Chester, Lotus technical director: “We will of course only properly identify the challenges (of the new track) once we are actually in Sochi however we already have initial feedback from both Romain and Pastor who have been in the simulator. Turn 3 is a long and quite high speed corner that will present a good challenge. Braking down into Turn 13 will be very severe and you come out of the kink before you brake so it will be a difficult corner to get right. Overall, the whole track looks quite technical, so it certainly will be a challenging one for the drivers.

“It looks like a high downforce circuit as most corner speeds are between 80 and 140kph. I would say that setup will probably be similar to Singapore although there are a couple of straights that are longer in Sochi so downforce levels will be between Singapore and Suzuka.

“The main challenges really on these types of circuits are for the drivers. They will have to learn the track pretty rapidly to feel comfortable with its configuration and concentrate at all times during the lap. We all know the penalties of a short run-off when it’s a new track with uncertain grip levels.

“The information we have is that the weather can be quite unusual in Sochi as you have the mountains on one side and the sea on the other. We can expect mild temperatures of about 20