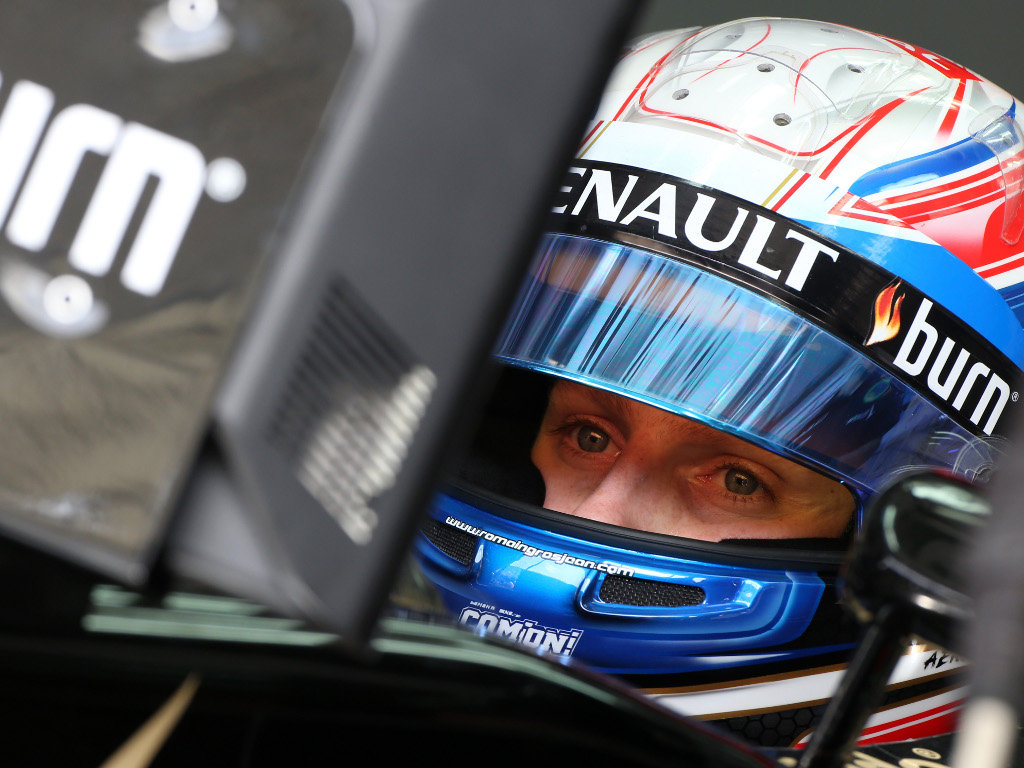 Kimi Raikkonen:
Q: Yourself and the team currently occupy P2 in both the Drivers’ and Constructors’ Championships; are you pleased with how things are going?
KR: For sure it’s an okay start and we’re in a better position that this time last year, but there’s a long season ahead and it’s too early to say if we can fight for the Championships right to the end. It’s going to be hard to catch Sebastian [Vettel] if he keeps taking good results so we need to start taking more points from him, but you never know what can happen. We’ll keep pushing to improve the car and see where we end up.

Q: What’s required to bridge that gap to P1?
KR: Some more wins! To catch the leaders, we have to work twice as hard as they are. It’s no secret that we want more speed from the car in qualifying; it’s so tight up there at the front and we really need to be on the first two rows to fight for victories every time. It’s good to be able to start the European season where we are as this is when you see teams starting to push on with lots of new parts for the cars. It’s still early days, but to have scored strong points since the start of the year is obviously better than not having them. We need to keep scoring points in the same way; even if it’s a bad weekend for us, we need to keep finishing as well as we can. That’s how we will fight to the end of the season.

Q: How is the Circuit of Catalunya for you?
KR: I have won twice in Barcelona and I was on the podium there last year too, so I really look forward to going there again; hopefully to end the weekend with another good result. It’s a circuit where you have to get everything exactly right to be at the top. All the teams have tested many times at this circuit, so to get an advantage there is not very easy. The set-up is crucial as the track changes with the wind and temperature so there’s plenty of work for the engineers too.

Q: Is it good to be racing in Europe again?
KR: I really like racing in Europe. We don’t have to travel that far so all your energy is saved for the weekend itself. Traditionally the real season starts when coming back to Europe. For me, it’s great.

Q: The Circuit de Catalunya is the only circuit at which you’ve tested the E21 so far; does that help matters?
KR: That’s true, but you have to remember that was at the end of February and the beginning of March so conditions were very different compared to what we hope to see in May. It was very difficult to get the tyres working properly when we were last there, but it was the same for everybody. We all start from zero again in FP1.

Q: The team didn’t get so much mileage at Barcelona during testing, but reliability doesn’t seem to be so much of a concern now the season is underway?
KR: I didn’t have that many laps there in testing as there were problems with the car and I also missed a day as I was unwell. That said, me and the team know the track pretty well so I don’t think we’ll be too surprised about which way the track goes or what setup to use on the car. Even though I didn’t get a lot of mileage in pre-season, the main thing was I felt good in the car the whole time. Our car seems to be good at every circuit so far…

Q: You were quite reserved after the podium finish in Bahrain; were you happy with the result?
KR: You’re never really happy if you don’t win, but I suppose second place is as close as you can get. We could maybe have been a few places higher in in qualifying which would have made things easier, but I drove to the maximum and luckily we found the pace in the car that was missing in qualifying. Let’s hope I’m happier in Spain.

Romain Grosjean
Q: After a start to the season which fell short of your high expectations, why did everything come good in Bahrain?
RG: It’s no secret that before Bahrain my feeling hasn’t been right with the car. It wasn’t the chassis, the aero or anything like that, but we took a while to get everything to my liking and that’s been frustrating. We managed to put our finger on the issue and I feel much more comfortable now. I really had a good sensation behind the wheel on Sunday in Bahrain, and a podium position at the end of the race was the result. I could put the car more or less where I wanted which is all you want as a driver. Third place was a deserved reward for everyone after all our hard work.

Q: How good was it to get that podium after your tough start to the year?
RG: The race was really enjoyable with a lot of overtaking. There were a couple of tense moments where maybe things got a little too close, but it was a lot of fun! To come from P11 through to the podium is really satisfying. I saw P4 on the board and Paul [Di Resta] was not too far ahead, so I thought “come on, this is the podium, let’s go!” I knew I had fresher tyres but it wasn’t easy as I had to push but at the same time look after them, which is hard for a driver when you have another car in your sights. Luckily we managed to get past near the end, pull out a small gap and maintain it until the flag!

Q: How do you feel the E21 is evolving?
RG: We’ve been able to see progress with the lap times so we know that the upgrades being brought in are working. Last year’s car was already very competitive – we achieved a total of 10 podiums in 2012 – so it’s good to see the team has retained and developed the best performing areas of the 2012 car for the E21. For me, after Bahrain, I’m feeling much more at home with the car and I hope that there will be many successes to come in 2013.

Q: What are your thoughts on the topic of tyre management?
RG: Tyre management has always been part of the qualifying and race strategy. I don’t know about others, I just know that I always push as much as I can to obtain the best result possible. Of course, if you drive a certain way or adapt yourself you can get more out of the tyres than if you don’t, but that’s just part of being a racing driver; you always have to adapt to extract maximum performance.

Q: What will be the key to a good weekend in Spain?
RG: In Barcelona it will be important to qualify well as it will be much harder to overtake than in Bahrain. As a team, this is an area where we can still improve a little bit, but we have some ideas of how to do that and hopefully we’ll be able to make the front row.

Q: What are your thoughts on the Circuit de Catalunya?
RG: Everyone