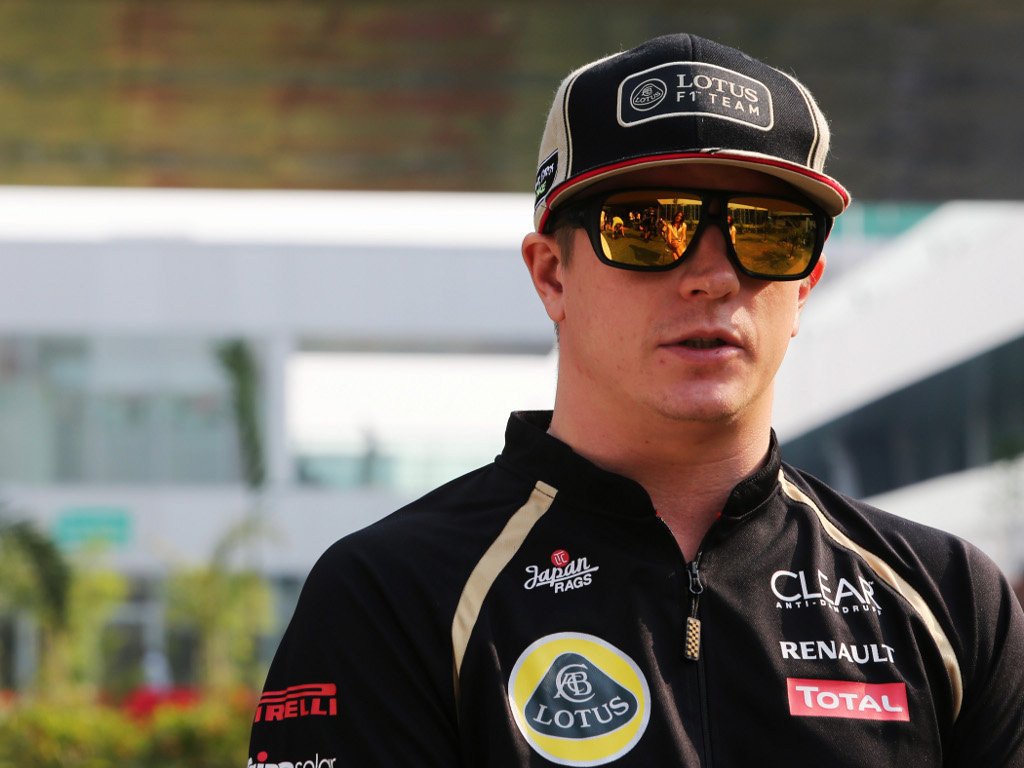 Having claimed the victory at the Abu Dhabi GP, Lotus are looking to continue their run of form in Texas…

Having claimed the victory at the Abu Dhabi GP, Lotus are looking to continue their run of form in Texas…

Kimi Raikkonen:
Q: Firstly, what are your thoughts after taking the win in Abu Dhabi?
KR: We did it! It took us a while, but we did it. All the work by the team came good and we were able to show what we knew all along; we have a car that can compete at the front. And more than that, we can win.

Q: Why do you think the win finally came?
KR: We didn’t give up. We had a period where new developments for the car weren’t working exactly as wanted straight away and when you have to test new parts during practice sessions it’s very difficult to make progress, but we kept pushing. We continued with the exhaust developments we made during practice in Korea and India and the pace was promising all weekend in Abu Dhabi. I was never out of the top ten all weekend and with that in mind I think we had a good idea that we could be competitive if we could just get qualifying right, which has been the big issue all season long. This time though, we got it right.

Q: Is it good that you’ve answered that ‘when’s the win coming’ question?
KR: I’ve never cared really what people think – if I don’t finish the next race, then they’ll think that I’m as bad as that race. I’ll just do my thing, and if I’m happy with what I’m doing and it’s the best it can be for the team, then that’s that. So it doesn’t really bother me if people are thinking differently of me now, than what they did three hours before the race.

Q: How are you looking forward to racing at the Circuit of the Americas?
KR: It will be the third new circuit for me this year and most of all, a brand new place for every team and every driver as well. Korea and India were both new to me, but I had seen the previous races on TV. I don’t know anything about Austin, just the name Circuit of the Americas. I have always liked to go to new places as it adds a bit of additional excitement. I’m particularly looking forward to this one. I like the American atmosphere, it’s just a relaxed environment; they know how to have fun and, most of all, they love racing.

Q: What’s your previous experience of racing in the US?
KR: I competed in seven Grands Prix at Indianapolis. Unfortunately the one time I felt I had a really strong car there was in 2005 when only six cars raced and I wasn’t one of them. I did get pole position in 2003, but none of the races are ones I remember well. Last year I tried NASCAR. I did two races on the Charlotte oval and I really liked it a lot. That was probably the experience I needed to open my eyes for racing again. After that I really wanted to come back to Formula 1, while it was a tempting idea to do more NASCAR, too. After seeing the excitement of the American NASCAR fans I hope Formula 1 gets people as eager to enjoy our racing in Texas, too.

Q: You made some comments about radio messages from the pit wall in Abu Dhabi – can we expect something like this in Austin?
KR: Yes, apparently there were a few of our radio messages broadcast on TV and I think in those moments you could hear how much I just wanted to keep my head down, do my job and win the race. All I needed to know was the gap to the guy behind me. I think you can probably find other messages from me in the car if you search YouTube; even from my short time in NASCAR.

Q: The win came just after you’d been confirmed for 2013; it’s a good endorsement?
KR: It’s a pretty good way to show that everyone’s made the right choice. We’ve shown all season how good we can be, and in Abu Dhabi we showed we can win. There is more to come. I promise.

Romain Grosjean
Q: What’s your experience of the US?
RG: I’ve never been to the USA before, not even for a shopping trip to New York! It’s going to be a new experience in many ways. In actual fact, I did try to make a quick visit after the Canadian Grand Prix but there wasn’t time in the end. I’m sure it will be a big journey of discovery for me; a new country, a new culture and of course of a new race track which is always something I like to experience.

Q: What do you know about motorsport in the States?
RG: NASCAR is of course very famous, and I think we can learn things from the show that it puts on for all the fans, as it’s very impressive. The Indianapolis 500 is another event that everybody knows too. I hope that all the fans we meet in Austin are as enthusiastic as seen at these other events.

Q: Lotus F1 Team have been around the circuit with J