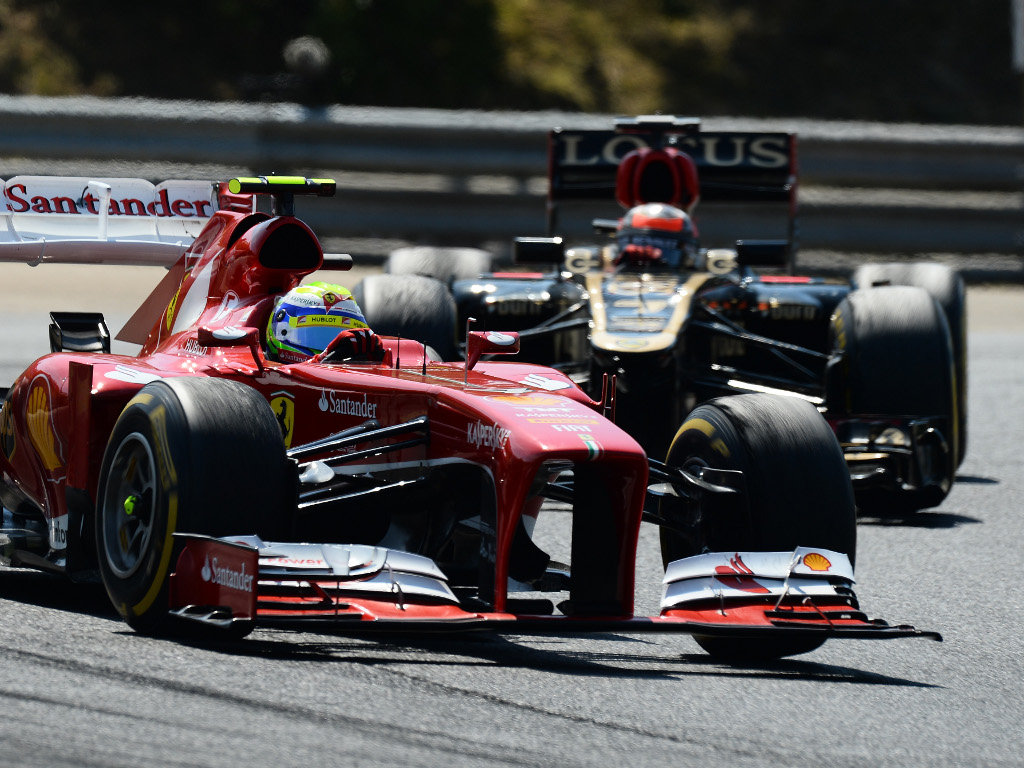 Romain Grosjean was quick to hold up his hand after his clash with Jenson Button, but feels his penalty for the Felipe Massa incident was harsh…

Romain Grosjean was quick to hold up his hand following his clash with Jenson Button in Budapest, but he believes his penalty for the Felipe Massa incident was harsh.

After a storming qualifying session helped him to P3 on the gird, Grosjean made a strong start to the race and looked like he would challenge Lewis Hamilton and Sebastian Vettel for the win.

However, he was involved in two incidents as he first made contact with Button while he was trying to overtake the McLaren at Turn 4 on Lap 24 and then a few laps later he went pass Massa, but this time all four wheels left the track.

The Frenchman admitted things were a little bit too tight during the battle with Button and apologised. He also received a 20-second retrospective penalty after the race, but it didn’t affect his P6.

“With Jenson I was a bit too much on the left. The track goes narrow uphill and I was wider than that so I want to apologise,” he told Sky Sports F1.

“We were fortunate that none of us got anything [damaged], so that was good.”

However, the Massa incident cost him dearly as he was hit with a drive-through penalty by the stewards as all four his wheels left the racing track. The punishment ultimately led to him finishing P6.

Grosjean, though, feels he didn’t do much wrong.

“On Massa I thought I had at least two wheels on the white line of the track,” he said. “I tried the outside and I pushed hard. But I haven’t seen the footage so far so I need to go a bit more [into it] in details.”

Lotus team principal Eric Boullier was happy with his driver’s display in Hungary, but also feels he didn’t deserve a penalty for the Massa incident.

“I do feel the same actually because I feel this penalty was a little bit too much,” the Lotus chief told Sky Sports F1.

“He had nowhere to go so he was a little bit four wheels off the track, but just a couple of centimetres. Obviously it’s very harsh when you get such a penalty to recover when you’re fighting for the podium.

“He had high ambition at the beginning of the race but this is the race and I was just telling him that he did a super weekend again. No foot wrong and two in a row now.

“It means he understood what he built up since the beginning of the season and building up over the last year as well now. Clearly now he has the best line to build strong weekends like this and fight with guys like Kimi [Raikkonen], [Fernando] Alonso and [Sebastian] Vettel. So that’s pretty good.”