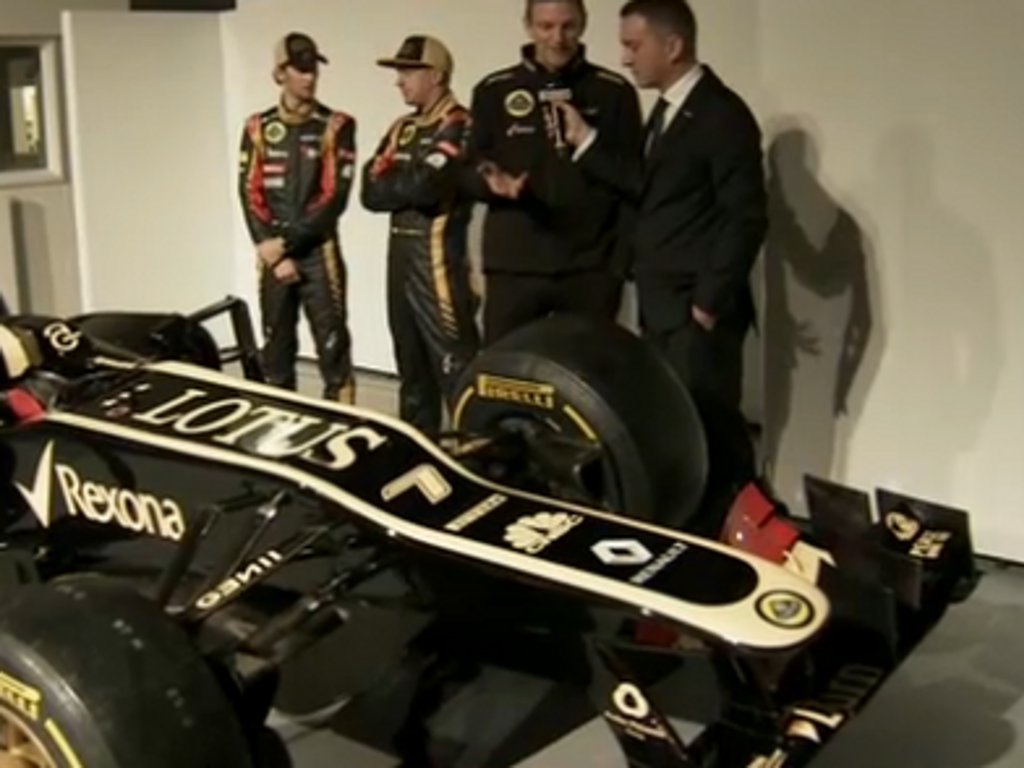 Lotus took the wraps off a step-nosed E21 as they became the first to launch their new car.

The team, who claimed one victory on their way to fourth place in last year’s Constructors’ Championship, kicked off the pre-season launches with an on-line event on Monday night.

“Pushing the same concepts”, according to James Allison, as last year, this season’s Lotus appears more tightly packaged as an evolution of its predecessor.

Added to that the car also features the stepped-nose despite many believing that would fall by the wayside.

But rather than dropping off the cars, this year the step will be covered by a vanity plate. That, though, was not present at the unveiling. The car retains the black-and-gold livery with splashes of red while in white it sports the hashtag ‘ImSexyAndIKnowIt’.

Speaking at the event team boss Eric Boullier laid out Lotus’ goal for this season, which is to beat one of the big three to third place.

“We will try obviously but thid place is the least we would like to have next year,” said the Frenchman. “We expect to continue with the momentum we had from 2012 as both drivers are more eager.

“We have delivered a nice car and are really really keen to do better. “We will fight with everything we can to be top three.”