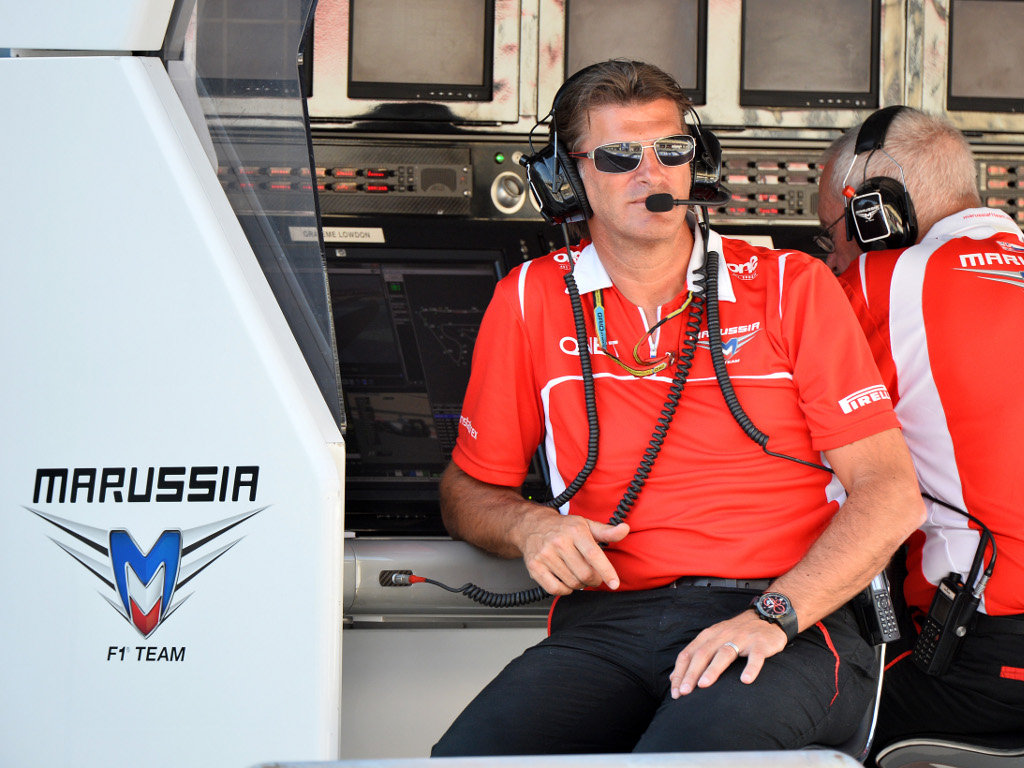 Graeme Lowdon has refused to give details as to why Max Chilton was booted out of his race-seat only to be brought back hours later.

Marussia announced on Thursday that Alexander Rossi would replace Chilton for the Belgian GP in light of “contractual issues.”

Chilton’s people, however, claimed that he voluntaraly gave up his seat to help the team raise money.

Less than 24 hours later, though, the team stated that Chilton would be back in the car after FP1.

Asked to expand on what happened, Lowdon said: “It would be inappropriate for me to comment on the details of the contractual issues because that is confidential between parties involved.

“So there is nothing we can really say on that. This is a result of a change in circumstances.

“Obviously it is not within the team’s decision to unilaterally change a driver, we have to request it with the stewards which we did and the stewards approved it.

“It is important to highlight all of that happened before FP1. It was no reflection on any driving at all. I have to say Alex Rossi acquitted himself incredibly well.”

Pressed as to whether Chilton’s seat was now secure, the Marussia sporting director said: “The intention of the team is that it (Chilton and Jules Bianchi) is our driver line-up and that is what it will be for the whole season.

“That is certainly what we are working towards.

“We have seen there are things that can cause hiccups and changes in that, and that is just how things are.”

And as for Rossi, who joined Marussia from Caterham last month, Lowdon stated that Friday’s practice run would not be his last opportunity to drive a Formula 1 car.

“We have not had Alex with the team very long, so he was probably quite surprised to be called up to stand in for a grand prix quite so quick.

“He has conducted himself really well, and it’s great to have him on the team.

“I’ve huge respect for Alex, he’s done a tremendous job, and what has happened is part and parcel of the professional life he leads.

“He is a professional race driver and he has taken it in his stride.

“For Alex, it’s not the first time he has been in a Formula One car, and it won’t be the last I’m sure.”