Home Uncategorized Lowe: Hamilton at the peak of his game 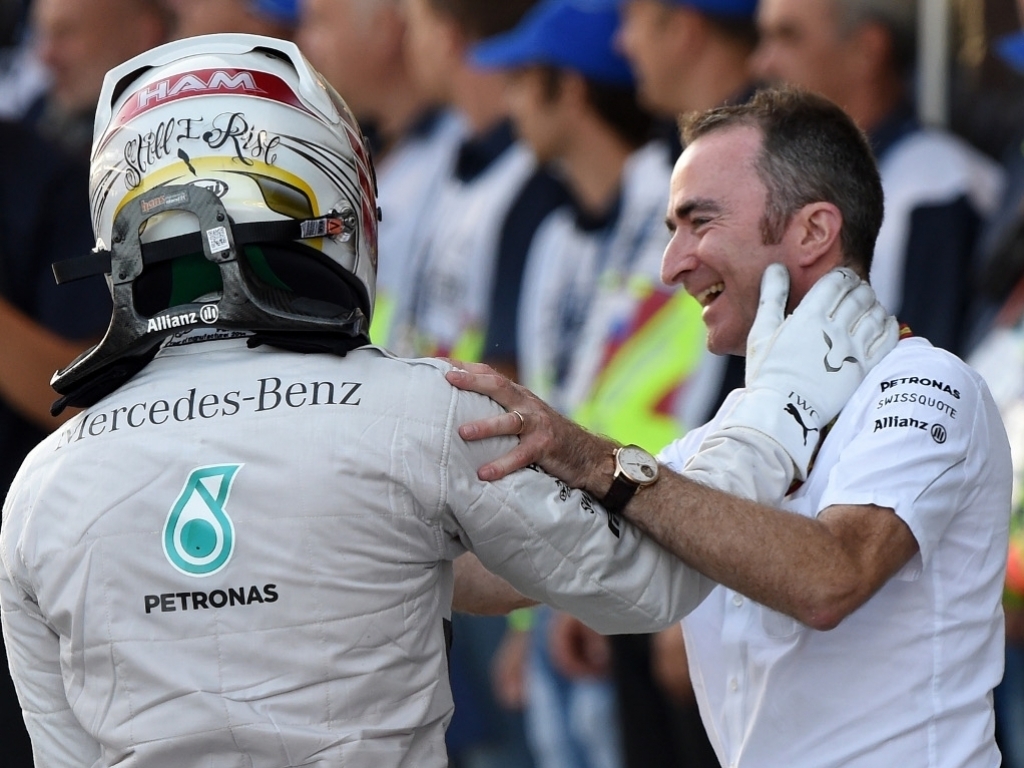 Mercedes technical chief Paddy Lowe has heaped praise on Lewis Hamilton, saying he's a "very special driver" and is currently "better than he's ever been".

Hamilton is on the verge of securing his third Drivers' Championship as he only needs to finish nine points ahead of Sebastian Vettel from Ferrari at the United States GP and outscore Nico Rosberg by two points.

No one can deny that Hamilton has been the best driver on the grid this year as he has already secured the Pole Position Trophy with 11 poles while he has won nine of the 15 races.

Lowe, who was part of the McLaren team when Hamilton won his 2008 title and then joined his compatriot at Merc in 2013, admits the 30-year-old is hard to beat at the moment.

"Lewis is a fantastic driver. I've had the privilege to work with him through all his race wins actually, right from the beginning," Mercedes' technical chief told Sky Sports News HQ.

"He was always a special driver and I think we're seeing him now actually at the peak of his game. He's better than he's ever been and that's a very difficult driver to beat."

Although Rosberg is set to fall short again for the individual title, the German has chipped in with three race wins to help Mercedes to wrap up the Constructors' Championship in Russia last time out.

There has also been a lot less drama at Brackley this year compared to the 2014 season when Hamilton and Rosberg had several on-track clashes.

"They're both at the top of their game and that's tremendous for us. They are great assets to the team, great team players and have great respect for each other," Lowe said.

"We have made progress over the last two years in terms of how the drivers work together and maintaining at the same time that sporting element between them.

"We want to put on a great spectacle because that's why we're here and I think we're managing to do that without friction between the drivers."